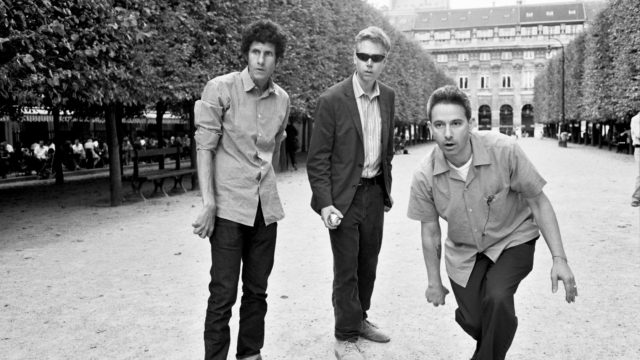 Beastie Boys‘ early career brought many highs and lows, as the band transformed itself from a bruising hardcore upstart to a party-hearty rap-rock sensation before flaming out (with 1989’s then-disastrous, now-classic Paul’s Boutique), resurrecting itself (with 1992’s hit Check Your Head) and becoming one of the biggest bands in the world (with 1994’s Ill Communication). The group ultimately disbanded after the 2012 death of Adam Yauch, but recent years have seen surviving members Mike Diamond and Adam Horovitz write a book and make public appearances to discuss the Beastie Boys’ legacy.

Now, to commemorate the 25th anniversary of Ill Communication — and, of course, its classic single “Sabotage” — Diamond and Horovitz appear in a documentary short called Still Ill: 25 Years of Ill Communication. The film weaves together several of their interviews, as well as commentary from Mark “Money Mark” Nishita and producer Mario Caldato, to paint a picture of the circuitous path that led to that classic album.

Along the way, they discuss not only the genesis of “Sabotage” — which began with a single riff — but the political and spiritual awakening of Yauch, whose absence naturally hangs over Still Ill. The surviving Beastie Boys speak of him with warmth and reverence, as you can imagine, both here and in an accompanying 38-minute audio documentary, available through Amazon Music.