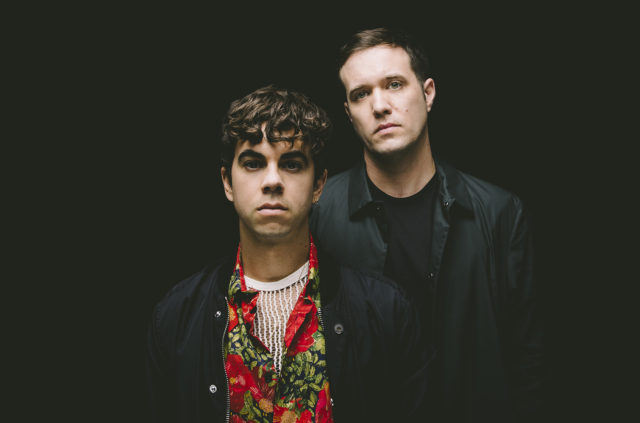 Electric Guest opened for Portugal. The Man at The Pabst Theater on June 13. That afternoon, the band stopped by 88Nine’s studios for a performance and interview — and we videotaped the session. Watch it below.

Electric Guest recently released its new album “Plural” on Downtown Records. You can hear their song “This Head I Hold” on 88Nine.

“Plural” finds lead singer Asa Taccone and drummer Matthew Compton at the absolute top of their game, infusing their version of electronic r&b with an even more confident, adventurous spirit than their previous album, “Mondo,” displayed. And that’s saying something, because “Mondo” was a life-changer for the band. Rolling Stone called it “a Beck-ian journey into L.A. slacker soul, full of hooky neon jams,” while Entertainment Weekly hailed its “winking falsetto and retro swagger,” and The Guardian praised its “soulful, funked-up pop.”

Lead single “This Head I Hold” was featured in an NFL Super Bowl commercial, while other tunes turned up in soundtracks everywhere from ‘Girls’ to ‘Suits.’ MTV named Electric Guest an Artist To Watch, NME tagged them as a Band Of The Week, and they made the rounds at festivals from Bonnaroo to Outside Lands in addition to taking late night TV by storm with electrifying performances on Letterman, Fallon, Conan, and more.

Watch the session below.