A conversation with Waxahatchee

A conversation with Waxahatchee 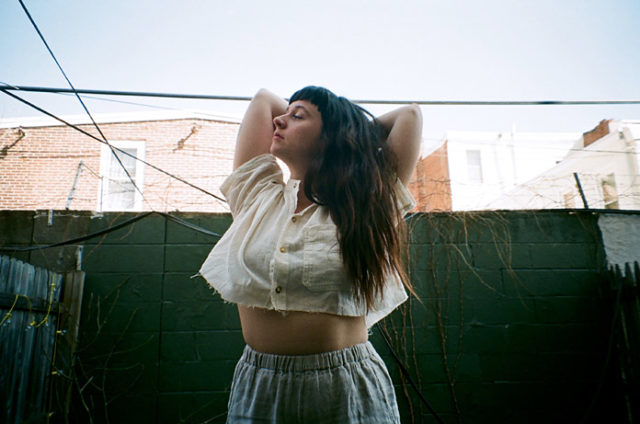 Katie Crutchfield AKA Waxahatchee talks about Catch-22's, connecting with fans, and being a twin

Katie Crutchfield has been making music as Waxahatchee since 2010. Her lyrics have always been personal and welcoming. Her new album, “Out In The Storm” is out now on Merge records. She stopped in Milwaukee in between stops in Chicago and Madison just to talk to us. This is our interview with Katie Crutchfield, AKA Waxahatchee. Listen to the full-unedited audio below. Or read the abridged interview.

Justin Barney: So your new album is Out in the Storm and we’re playing the song “Never Been Wrong.” Love it.

Justin Barney: Can you talk about what the song is about?

Katie Crutchfield: It’s about a frustrating relationship, but the entire record is about the end of a relationship.

I think that song specifically is about those moments in which you have a conflict with somebody and you walk away from it and you feel defeated or that you didn’t articulate yourself. Suddenly you think of all the things that you wish you had said. That’s what that song is. It’s me saying all of the things I had wished that I had said.

Justin Barney: I think that in it, two of my favorite lines are, “Everyone will hear me complain and everyone will pity my pain.” I love that self-awareness. Is that about writing this and know that you’re going to perform this song and everybody will hear it?

Katie Crutchfield: That line specifically is funny because it’s a line that I didn’t put that much thought into. That song is really about me venting to the world. You know that person that everybody’s sick of hearing and sensing that everybody growing wary of you or feeling sorry for you? It’s about sensing that from other people and still needing to get some kind of relief or resolution and not getting that. That’s what that line is about. It’s not really directed at the person that song is about. It’s directed at everybody else around that is in that situation too.

Justin Barney: So this album is about the end of a relationship and I would imagine that writing the album is like a closure, a way of making yourself feel okay about that. Is that true?

Katie Crutchfield: Totally. Writing songs has always been a good way to process emotions. It’s been a vehicle for that since I was a teenager. Very much so, I had a lot of things I had to deal with and work through and writing the record helped me do that. Now that I’ve done that, I feel like I can close the book.

Justin Barney: But then you have to tour the album and you have to sing these songs every day. It’s this Catch-22 where you write it to get past a certain period and now that it’s out, you have to be reminded every single time. It’s your job to bring it back up.

I have my moments but for the most part, when I’m on stage, I’m not thinking about bringing all that stuff back up. The craziest part is being interviewed about it and having to go through and talk about it. It’s so funny because so much has happened in my life since what I’m talking about now. I genuinely feel like I did kind of work through it and feel comfortable talking about it now whereas when I was writing the record, I was more of a mess about it. It is really strange because it’s my job to write records so on one hand, I did it for that reason, but also because it’s what I do. It’s what helps me get through things. I feel like I’ve done that and here I am talking about it more.

For me, the main thing with this record, because it filled with personal details, is that I just want the fans to hear it, relate to it, and apply it to their own things.

Justin Barney: What is happening in your life since then?

Justin Barney: For sure. You have Allison here with you. I am a twin as well. I didn’t know that you were twins. I’ve listened to both of your music independently and have seen pictures of you both but for some reason haven’t put it together.

Katie Crutchfield: That we’re twins? But you knew we were sisters.

Justin Barney: No! Like I said, I’ve listened to both of you independently but I didn’t even put that together.

Katie Crutchfield: It’s cool – I feel like that happens a lot, that people don’t put it together. A lot of people are shocked to find out that we’re twins.

Justin Barney: Who decided that they wanted to pursue music first?

Katie Crutchfield: Good question. I honestly think we decided at the same time. When we were in high school, I think we were thirteen or fourteen – very young, we had a couple of friends that wanted to start a band. It was one of those classic, sort of superficial, “We’re going to start a band!” but not follow through with it. Allison and I were actually starting to get into music.

Justin Barney: Now as Waxahatchee, you’ve got a couple of albums down. I’ve always really loved your songwriting. Has the processed changed from when you started writing your first album to when you sat down to write this recent album? Today, how is it different when you have that blank page and the first few things you think of writing about?

Katie Crutchfield: Honestly, it’s really not that different of a process. It’s kind of exactly the same. There’s a certain amount of magic to it where it just sort of happens and you sort of have to conjure this thing. I will say that the only big difference is that I’m pickier than I used to be. I’m more meticulous and I pour over things for a little bit longer. I feel like I’ve refined what I do. When I was younger, I would let things slip or wouldn’t be as particular and now I feel like I’m extremely particular and I only anticipate that getting more severe as I get older.

Justin Barney: I think that your music evokes a certain kind of fan and fandom that I know. For myself and artists similar to you, we’ve always appreciated the great lyrics that you write. We get attached and it’s relatable. For myself and the friends that I’ve known, we’re in it. It’s not a casual, “Oh this song is fun and I like it”. It’s a deep-seeded attachment to music.

Katie Crutchfield: That’s great! That’s what I want. That makes sense and that’s the kind of fans I want and appreciate. Just to go back to music journalism and the fans too, I feel very much that writers for this record have been gunning for context and want to know what the songs are about. A few of them have printed what they think the songs are about in a way that feels weird and intense. For me, the main thing with this record, because it filled with personal details, is that I just want the fans to hear it, relate to it, and apply it to their own things. I feel like they really are doing that and that feels really good.

Justin Barney: Thank you for making this record and thank you for coming to Milwaukee in the middle of your day.

Katie Crutchfield: Thanks for having me!