Grace Weber says that producing ‘is not just for dudes’

Grace Weber says that producing ‘is not just for dudes’ 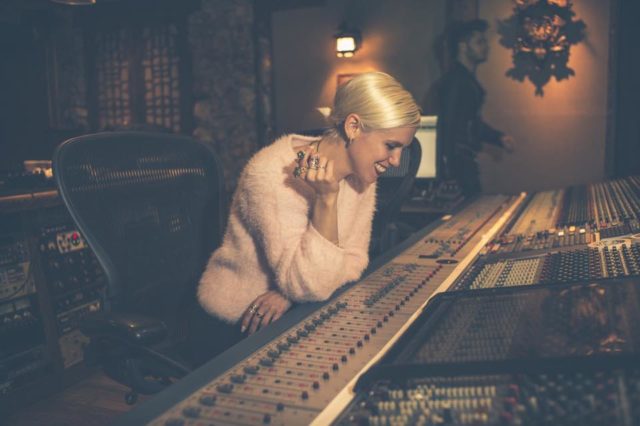 Grace Weber is the future. The Milwaukee-born and Brooklyn-based artist is currently working on her first full-length studio album, but she’s already won a Grammy for co-writing and singing “All We Got” on Chance the Rapper’s “Coloring Book.” Co-producing for Compton rapper Boogie, collabing with Francis and the Lights, Towkio and more—she’s just getting started.

Grace’s new project is produced by Nate Fox, Nico Segal and Peter Cottontale of Donnie Trumpet & The Social Experiment. She says that working with them and their open, collaborative approach is what really opened her eyes to the world of production.

“We produced and wrote at the same time, it was really about playing like a little kid,” she says. “There were no rules. At first, I was like, ‘Oh my god I have all these sounds and instruments to work with and I can make my voice sound like a chipmunk!’”

Grace is a visual artist, too. She compares her involvement in production to an open canvas. As a producer, she has complete control and power over her music, like she does with painting. She says not being able to produce would be like describing her vision for a painting to another artist to paint it—it just wouldn’t turn out the same.

“Being a producer means being able to create the sonic landscape around a song and being able to make decisions about all the different aspects of what goes into a song on the recording side. Choosing which vocals to use, deciding when to add and when to simplify, deciding what reverbs or drums tones you want to hear—all of those decisions and a million more of them fall under the definition of ‘producer.'”

She would still give herself the title even though she’s working closely with The Social Experiment who are her “official” producers.

“As an artist you’re really putting your music baby and all your honesty and vulnerability into someone else’s hands when you decide to have someone produce your project, even if you’re co-producing. It’s an amazing and vital thing when your producer knows how to take care with your emotions, fears, joys, risks, when you have someone who can push you past your boundaries but always instinctively knows the core of who you are and never abandons that.”

She said that’s exactly what Nate, Nico, Peter and her manager, Binta Brown (who is also an executive producer), did for her.

“I don’t know how much they realize I’m learning from them every single day on the production side, but I try to soak it all up like a sponge.”

Someday soon, she wants to pay it forward as a producer for other artists.

“I’d love to use the skills I’ve learned working on my own album with the guys and witnessing all the work they’ve done with other artists as well, for another young artist, especially a young girl. I hope someday to provide that feeling of trust and security to another artist so they can have the space to become their truest selves.”

With her project, The Music Lab, she’s already begun to give back to young artists, right here in Milwaukee.

The lack of women engineers and producers in music is not new. Unless they’re the musicians who are actually being recorded, the music industry has rarely seen women working in the studio. These same conversations about gender imbalance in music production have been happening for decades with little progress being made.

Singer-songwriter, producer and Milwaukee original, Grace Weber, is one that’s demanding to be seen.

Maybe a young girl might see herself in a female producer or engineer and decide to go down that path herself. We want to show the students that anything is possible.

“I have plans to bring in some badass female producers and engineers to show young girls at the lab that these jobs and roles are not just for dudes.”

She says that all it takes is a “split second where a light bulb goes off in your spirit.”

“We hope the music lab can spark those moments of inspiration for these students and maybe a young girl might see herself in a female producer or engineer and decide to go down that path herself. We want to show the students that anything is possible through the mentors we bring in and the stories they share.”

For Grace, having female mentors was important to her when she was young, even if they weren’t necessarily in the music industry.

“I am really blessed to have a lot of very strong women in my life, from my grandma, who got her masters degree in journalism while raising 10 children, to my mom who always taught me to stand up and fight for what I believe in, to my sisters, who inspire me every day to keep owning who I am and breaking down stereotypes of what it means to be a woman.”

Now, she’s surrounded by a mostly female team, from her agents to her lawyers, to her manager, Binta.

“[Binta] has been a huge advocate and guide for me the past few years, navigating the at times crazy waters of a music career and being my rock through it all. Watching her work is inspiring and I respect her so much for breaking down barriers for women in a pretty male dominated industry right now.”

Still, Grace says she often finds that she’s the only woman in the room.

“It’s fun hanging out with the bros, but there are problems in the industry with women being sexualized. Sometimes you find yourself wondering if you’re in the room because of your craft, or something else.” 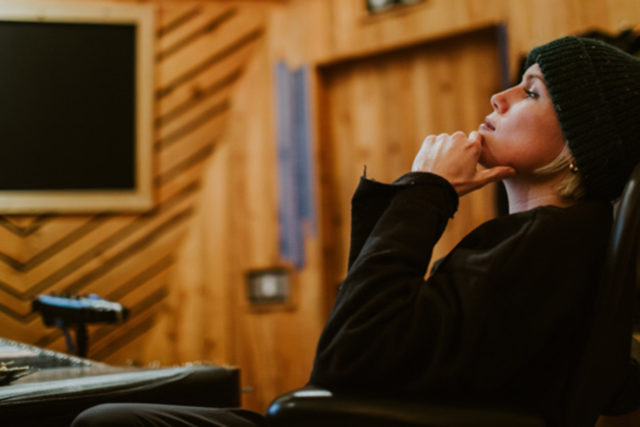 “It’s not fair, but there is that extra step of proving yourself. You have to demand respect and show them you’re a baller.”

To aspiring female producers, she says: “Get in there and teach yourself, without being in a box.”

Obviously, if you can find one, having a mentor who helps you believe in yourself is the holy grail, she says. But, “Ultimately, believing in yourself is one of the most important things you can do in your life, and cultivating that confidence and self-love is the key to accomplishing your dreams.”

As we’re waiting for her new project to drop, you can listen to two deep cuts that Grace just released as singles. If “space jam” and “so solitary” didn’t make the album, we can’t wait for the songs that did.