5 Songs We Can’t Stop Listening To with Frankie Cosmos

5 Songs We Can’t Stop Listening To with Frankie Cosmos 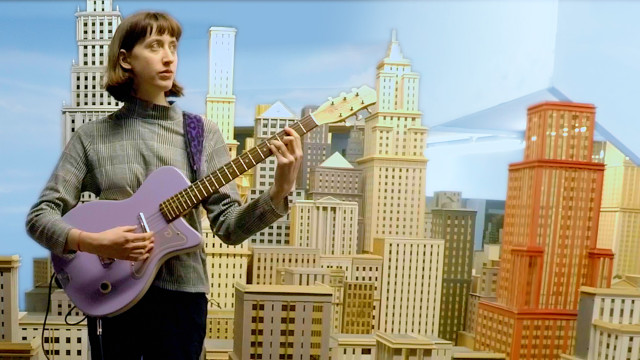 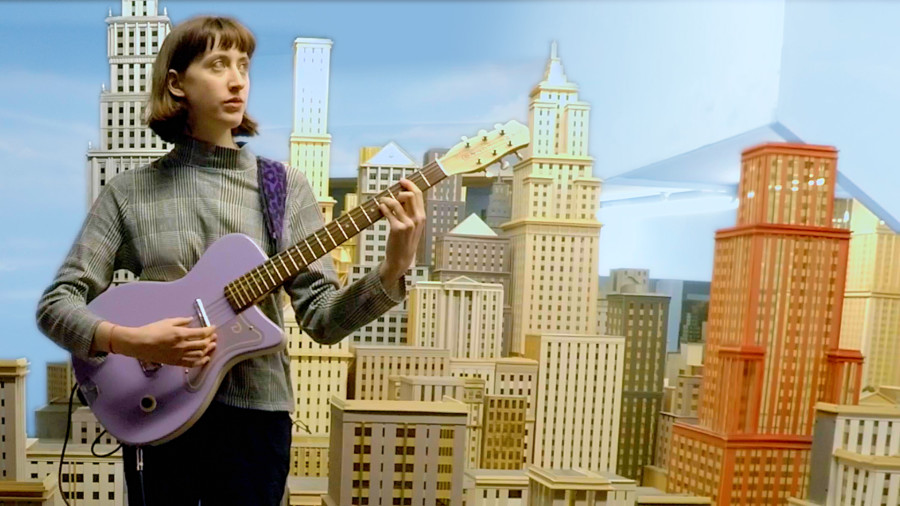 Every week we ask one of our favorite artists to tell us about one song that they can’t stop listening to. This week we caught up with Greta Simone Kline, who is Frankie Cosmos.

Frankie Cosmos: One of the ones that I have been really feeling lately is this song called “Skin” by All Dogs. It’s a really great song and I just feel so many emotions when I listen to it. It almost feels like I wrote it. I feel like she is literally talking about me. And then, at the end, it just goes into this amazing melody. You just want the melody so bad by the time it happens I feel like I have spent the whole time going into this melody that when it happens I actually feel like my heart is going to explode.

It’s honestly just about having feelings and wanting to feel them and not holding back.

I remember my first kiss. Jessica Weyker. 6th grade. Recess on the playground of St. Charles Borromeo. And it. Was. An. Event. This tiny little peck on the lips was class-wide news. Because nobody in class had kissed anyone before. It had all been pre-arranged through a series of notes that we passed between each other. And, as sixth-grade notes do, they got out, and word spread quickly. So everyone knew that we were going to kiss at recess that day. And everyone in the class had gathered around and was watching to see if we were going to do it. The pressure was on.

Now I don’t remember how long recess was in those days, but that one felt like an eternity. She was there. In front of the flagpole as we had planned. But I was not ready.  All recess I tried to build up the courage to walk up to her and put my lips on her lips.

That’s what this song is about. Passing notes in class. Checking yes or no. And the pitter patter of fluttering fifth-grade hearts.

In this song, “Hollywood Squares” and though out Seth Bogart’s new album he is in conflict with the plastic image of Hollywood. On one hand he sees the “fakeness” of it all, but on the other hand he also recognizes, his kind of obsession with the dolled up fantasy of the whole thing.

Here, as he calls out the squares of Hollywood he also admits that he is just as bad as the rest, trying to get a lick of something that doesn’t exist. He’s kind of beguiled by its charms.

At the beginning of his musical career Bogart went as Hunx and His Punx, and then he went by Hunx, and now he just goes by his given name, Seth Bogart. So in everything that is fake and his questions of being a Hollywood Square and wanting to be a part of the fake lifestyle that Hollywood is, it looks like he’s really become himself.

This week, I asked our own Community Stories producer and DJ, Makenzie about one song that she can’t stop listening to.

Justin Barney: Makenzie, what is one song that you can’t stop listening to?

Makenzie: Well Justin Barney, it all starts with biscuits and gravy. So every Sunday I get biscuits and gravy at Comet Café. It’s just what I do, and it’s always really busy on Sundays. You know, there is always like an hour and a half wait, so I go into Bullseye Records which is right next door. I like talking to the owner and just kind of perusing around. A couple of weeks ago the owner of Bullseye had this song on repeat. And something about the lyrics and just the time of year. Everything just felt perfect.

So it’s “Keep an Eye On Summer” by the Beach Boys. I think it’s probably their saddest song. It’s really bittersweet. He’s writing a letter to a girl and he misses her. She’s coming back in summer and he’s like, “Now it’s winter and were sad, but summer’s on its way and it’s going to be great and we’ll be together.”

So I think like for us here in Wisconsin, spring/winter is tough, but we can always look forward to that. And this song does a good job of saying that.

There is this belief that the best artists are ones that must create. Or that true artists are compelled to create. I don’t really know how much I believe that. I think that that idea makes it seem like making art (in whatever form) is really easy for those artists. And I just know that it’s hard work. Making anything is hard work, even when it seems effortless. Like it does for Open Mike Eagle.

Here Open Mike Eagle speaks rhymically about Lena Dunham, macramé, the font Times New Roman, and other bits of quotidian life. Open Mike Eagle has a lot to say and it sure seems like he is compelled to create. But, as evidence of the title of this song he spends a lot of time inside, working on his craft so that the work that he is compelled to do is itself compelling.