5 Songs We Can’t Stop Listening To with Lizzo

5 Songs We Can’t Stop Listening To with Lizzo 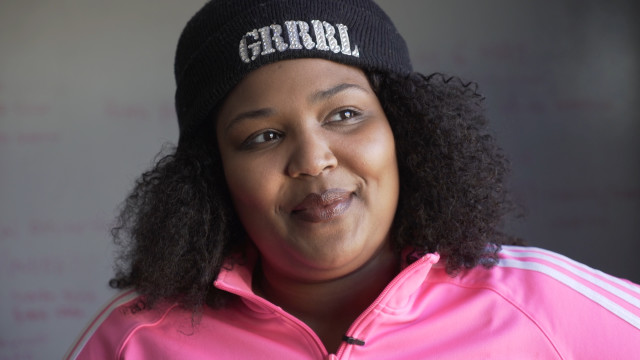 Listen to Lizzo’s answer, and all 5 Songs, here:

When musicians and just normal people use a microphone your natural instinct is to speak louder than you normally speak. Which makes no sense because a microphone is here, in from of my face right now, to pick up and amplify my voice, and yet we still want to yell into them.

But, this band, My Bubba does not do that, in fact, they do the opposite. They use the microphone to their advantage. They sing softly into the microphone and let it pick up on all the little things that your voice does when you’re speaking softly. It amplifies the intimacy of their voices. It amplifies the fragility in their voices. Each verse is a whisper or a secret from a friend. And the effect of that is that it sounds beautiful, intimate, and close.

At one point in this song, Will Toledo shouts out “I have nothing to say!”

I think this is a bit of a misnomer. At 23-year-old, Toledo has already released 12 albums. Last year’s “Times To Die” was a nearly 400 word opus, and the unedited version of this song weighs in at just under 8 minutes. If one thing is certain, it’s that Toledo in fact has something to say.

This is beginnings of what I suspect will be a legacy artist. He has a lot to say. What he says is interesting, and he is a hustler with a great output. And as long as the songs stay this good, and Toledo keeps making music and telling me stories from me his unique worldview, I will be listening.

This week I talked to our Program Director, Jordan Lee.

Justin Barney: What up Jordan? What is one song that you can’t stop listening to?

Jordan Lee: Well I’ve been listening to Cool Uncle, which is not a song but rather a band.

Jordan: So Cool Uncle is a group made up of a producer named Jack Splash and an R&B singer who I thought had given up a long time ago by the name of Bobby Caldwell. I’m not sure Justin if you’re familiar with Bobby Caldwell. You might know his hit from the 80s, “What You Won’t Do For Love”.

Ok so that was actually ’78, I keep thinking it was ’80, but it was like I remember being a little kid and that was in the house a lot. Bobby Caldwell has been sampled a lot of people and he was this R&B artist who was one of the first white artists to be played on like all black R&B radio at that time.

And no one knew that he was this white cat, because his albums were always ubiquitously in shadows and stuff like that. So anyways, long story short, he’s back with this brand new project that came out just a few months ago. Super cool thing, so I would like to hear Cool Uncle.

You know there are so many great songs on this album, I don’t even know…you know what, I do know which one is my favorite. “Game Over” featuring Mayer Hawthorne. He’s like the new Bobby Caldwell, like the young, white, nerdy cat who no one in a million years would think this is soul, soul-brother. So I think that’s the jam. We’re gonna listen to “Game Over”, its Cool Uncle.

As I write this I am going on 4 hours of troubled sleep. My flight to India just got canceled and I need to work on a new route.  I’m working ahead for the week I’ll be missing, I haven’t packed. I’m hungry, I’m over tired. I’m worried to death.

And then I turned on this song. And I don’t know if everything is going to turn out alright. But during four minutes of this song, it sure seems like everything will be just fine.

Each week, we ask an artist what’s the one song they can’t stop listening to. This week, we asked that of Minneapolis rapper Lizzo, who stopped by 88Nine to perform a Studio:Milwaukee session for our Members before her show at Turner Hall.