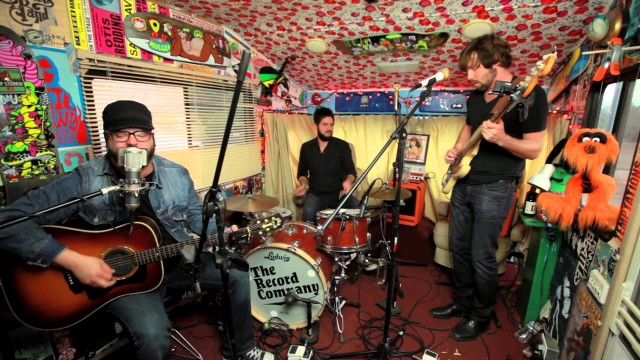 With music from: Twin Peaks, Michael Kiwanuka, and Weezer 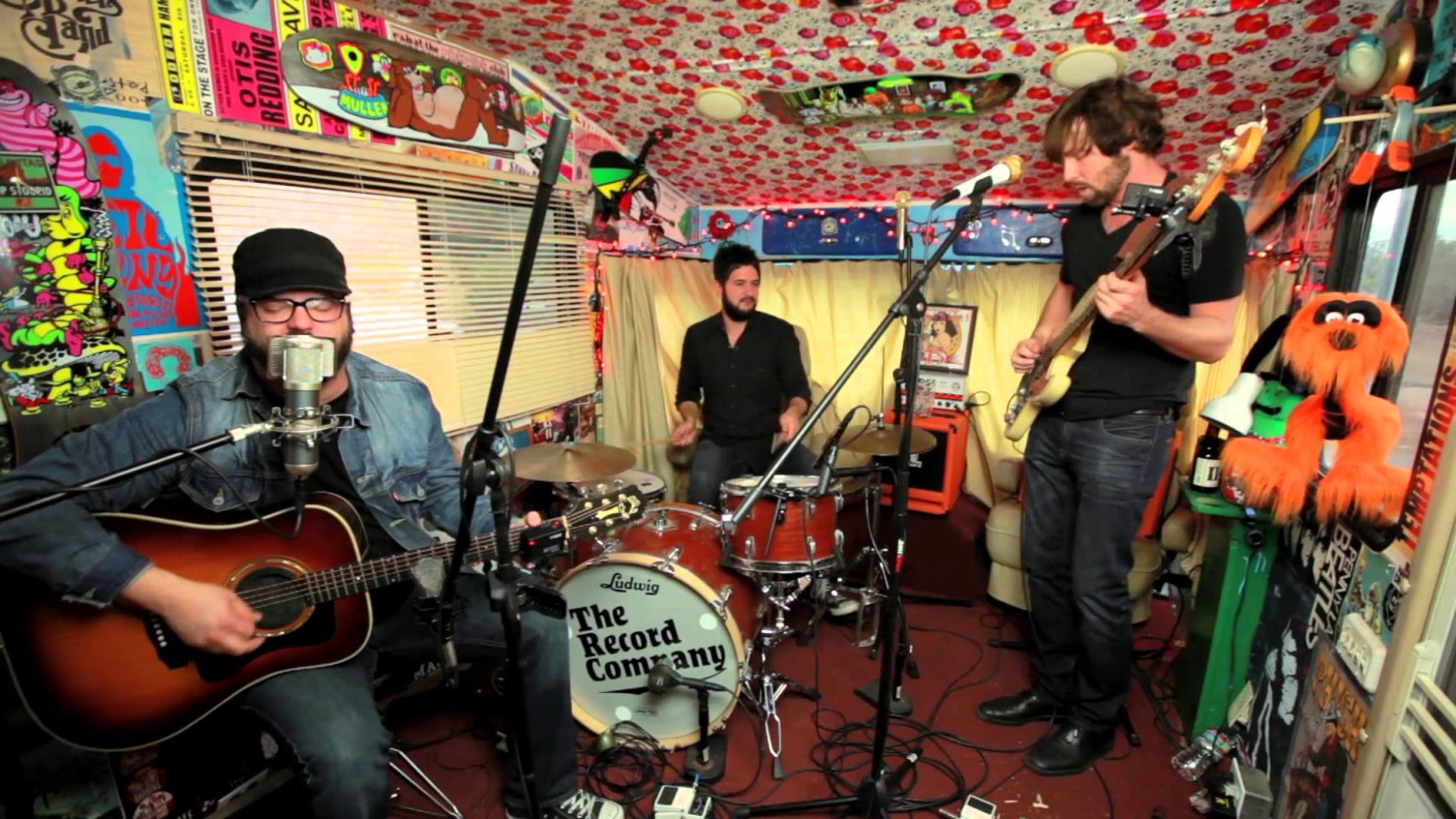 Every week we have a guest on the show and this week we have a very special guest. His band’s album just went to number five on the Billboard AAA chart. He recently played on “Conan” and he’s a Milwaukee native. I am here with Chris Vos of The Record Company.

Justin Barney: Chris Vos of The Record Company, what’s one song that you can’t stop listening to?

Chris Vos: John Lee Hooker, “On Campus,” and play the first track off of that. It’s called I’m Leaving. Play that and you’ll never feel cooler than that in your life. I’m telling you that right now.

Justin: What do you like about John Lee Hooker?

I mean, he gives you a guide of what true honesty and authenticity is. He lets you know that it’s okay, you can be really cool without being imperfect. You know, you can be a human being, and you can play in a moment. You can let your cool parts and the things you can and can’t do all be there creating the perfect sound. You know, and that’s what he had. He could tap his foot, play by himself and entertain a thousand people for an entire concert. There aren’t a lot of people that could do that and his voice is untouchably great. He’s just one of the greatest of all time. So what I love about him is that he exist and that he also recorded 800 records, so every time I think I heard everything that the guy has done I find another record.

There was a study done last year that showed background vocals have been the significant distinguishing factor in 60% of Billboard number one hits in the past 50 years.

In the song “Brill Bruisers” by The New Pornographers, writer Carl Newman fretted over the phrasing, saying “It can’t be bah-bah-bah-bah-bah, but rather, bo-pah, bo-pha-pha boh.” Serious stuff here.

Here, Twin Peaks takes the bah-bah-bah background vocal into 2016. You already know the words. Turn it up, and sing along.

I sat down with 88Nine DJ Tarik Moody to talk about a song we both can’t stop listening to.

Tarik: It is Michael Kiwanuka’s new tune, “Black Man In A White World” from his forthcoming album, “Love and Hate,” which is due out this May.

Justin: When we talked about this earlier in the week, you specifically compared it to another song.

Tarik: I compared it to Kendrick Lamar, kind of a response to Kendrick Lamar’s “Alright,” which kind of became the unofficial anthem for the Black Lives Matter Movement. Michael Kiwanuka’s song is soulful and “Alright” is kind of a hip-hop track. Both address the same issues of the injustices that African-Americans face in a world that feels unfair and the moral of the messages, both messages are like “Yeah, it’s unfair but don’t let it get you down. Fight. Keep fighting. Don’t give up.”

Justin: What did you feel that Michael Kiwanuka was saying about being a black man in a white world?

Tarik: People put you under a microscope. Growing up with my folks, who grew up in the ’60s and ’50s, being a black man or a black woman – you’re looked at differently. You’re treated differently. And today, we wanna say we’re post racial, but we’re not. That’s what he’s saying: “I know I’m a black man. I know I’m being treated differently.” And he realized that. It doesn’t stop him from doing what he loves and creating music. He doesn’t let that get him down. ‘I might be angry. I might be sad. But I’m still going to be who I am and no one’s gonna change that.’

Every week we have a guest on this show, some weeks we have two guests. This is one of those weeks. I’m here with the winner of this huge talent competition at the Glastonbury Festival in England. He had 40 record labels after him, and he’s just 17 years old. He is Declan McKenna.

Justin Barney: Declan McKenna, what’s one song that you can’t stop listening to?

Justin Barney: One song that you love, it can be literally anything.

Declan McKenna: Something that I can’t stop listening to at the minute is “Human Racing” by St. Vincent. I kind of listen to all her albums and I never listened to her first album as much. And then I started recently and I was like, “Why is this so good?” and “Human Racing” is the song at the end. The start of the album is really “poppy” and the end of the album gets really jazzy and it was kind of like the jazzy end and it’s just like, weird St. Vincent but it just has the coolest jazz thing to it. I don’t know, she’s always coming up with different ideas and it’s like one of the early examples of her genius. I’m just in awe every time I listen to it.

Justin Barney: Same! And with St. Vincent, I feel like she is a genius.

Justin Barney: She is just, her mind is working at…

Declan Mckenna: A different pace than everyone else’s.

Justin Barney: And did you see her perform on her last tour?

Declan McKenna: I saw her headlining Green Man Festival and it was like the best show I had ever seen. I needed the toilet and I was like right in the center in the front and I needed the toilet at the start of “Bring Me Your Loves.” I left about 30 seconds into “Bring Me Your Loves” and ran to the toilet, you know, actually go to the toilet, come all the way back. This wasn’t like short, like I ran. I came back before the end of the song. I was proud of that. That was how good the show was. It was the best show I had ever seen.

I’ve been listening to the new Weezer album a lot lately. Not necessarily because it’s the greatest thing in the world, but because I’m a die-hard fan.

When I first fell in love with Weezer, and promised myself, at 14 years old, to listen to nothing but Weezer for the rest of my life, the selling point was Rivers Cuomo’s song writing. Songs like “No Other One” and “Across the Sea” were so heartbreaking, sad and so full of emotion. He was heartbroken and lonely. And I was heartbroken and lonely. And misery loves company,

But he doesn’t write songs like that anymore. And why would he? He has a wife and two kids. He’s found that other one. So I love hearing a song like “Girl We Got A Good Thing.” Cause he’s happy. He’s done it. And I am just happy that he’s happy.