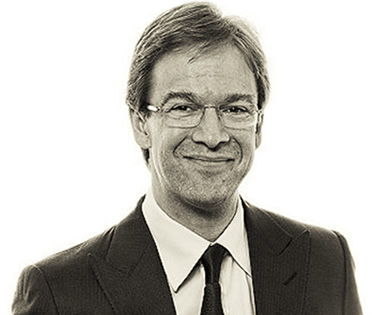 At the beginning of the week we always have somebody pick a song, usually it’s an artist, but not today.

Chris Abele : Joe Walsh, “Life’s Been Good to Me.”

Chris Abele : I love the raw, swaggery, quintessentially American guitar style he plays. I love the loose charged up sort of America spirit to it, and it’s funny.

It’s very self-effacing, and funny because at the time it came out everybody knew most of the things he talked about weren’t that much of an exaggeration.

“My Maserati dose 185mph, they took my license, now I don’t drive.”

Justin Barney : Do you remember hearing that song for the first time?

Chris Abele :  I don’t know if I do. I certainly remembering hearing it a lot when it came out, and I’m older than fifty so I’ve got the station by 40 years. I do remember loving his style of guitar always.

It’s funny, I’m sure some of the folks who love Radio Milwaukee, may have seen this great documentary about The Eagles recently, and it just sort of reminds you about the rawness of Joe, and the way the other band members are like, “oh right… Joe.” He was pretty crazy and intense, but the dude could play.

Justin Barney: Awesome. So what is the song?

Chris Abele : Joe Walsh, “Life’s Been Good to Me.”

Justin Barney : Awesome, let’s do it.

We don’t know a lot about the band Superorganism. Speculation is that their lead singer is a 17 girl from Maine named Orono and the rest of the band resides in London but are from as far of as New Zealand and they all met on a music forum on the internet. I’m not making this up.

All of this while Orono kind of sing talks with her Moldy Peaches vibe, that 17 year old voice contrasting perfectly against the weirdness of the production.

Trip along with Something for your MIND by Superorganism.

There is this line in LCD Soundsystem’s song “american dream” that I love, I wait all six minutes for it. It goes, “you can’t fight that feeling
That your one true love is just awaiting your big meeting”

You is the idea that someone is there. That there is someone out there for you even if you haven’t met them, they are there.

Justin Barney: This is 5 Songs We Can’t Stop Listening To with our newest voice at 88Nine, Vianca Fuster, our new voice of Community Stories. How’s it going Vianca?

Vianca Fuster: Pretty good. How are you doing?

Justin Barney: Good. What is one song you can’t stop listening to?

Vianca Fuster: So today, I had a Héctor Lavoe song on repeat, and it’s called “Mi Gente.”

He’s a Puerto Rican salsa singer. And I’ve just had that on repeat because it’s a song that describes how much pride and joy comes from us just being Puerto Rican, and how happy we are about that.

It’s a song where he is inviting all the people to sing with him and dance with him regardless of their wealth or status on the island.

So I’m feeling a lot of pride and hope for my island that’s going through Hurricane Maria.

Upbeat, fuzzy, and with whatever effect that is that The Strokes use on their vocals, it’s hard not to love the song “You Girl” by Milwaukee’s own Fellow Kinsman.

A classic, boy getting nervous to ask a girl out story line, how adorable.  There is a hit of self deprecation with the line “She’s gorgeous/your not.  For whatever Fellow Kinsman lack in self-confidence, they make it up in the most appropriate way possible, with monster guitar hooks. Its tender and tough. A perfect balance, it’s “You Girl” by Fellow Kinsman.