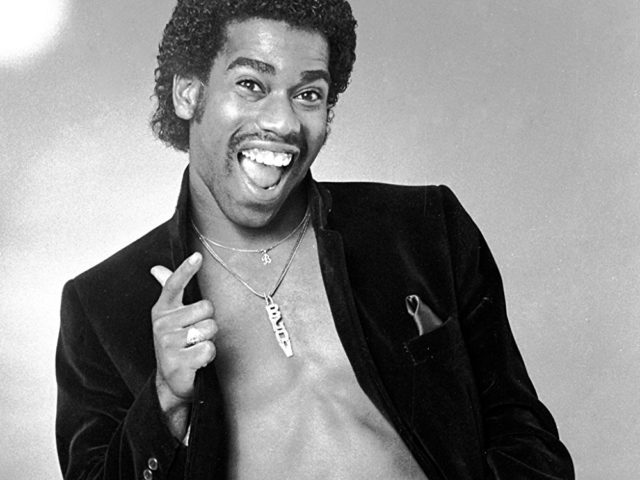 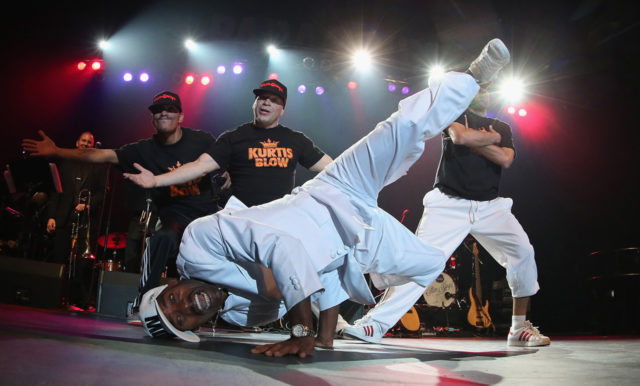 Every week for the first song we ask one artist we love to tell us about a song that they love, and today we have a legend.

Kurtis Blow is the bonafide hip hop legend. Before 1979 no major record label would take a shot with this new genre, but Mercury Records did by signing this guy Kurtis Blow to a two-song deal. The thing was that both songs needed to be hits and in order to have a better shot at making hit, Kurtis Blow wrote a Christmas song; a hip hop Christmas song called, “Christmas Rappin’.” It ended up selling more than half a million copies and his next single, the B-side, “The Breaks” sold half a million copies as well. The entire genre is indebted to the fact that these were hits, and hip hop might not have survived without Kurtis Blow.

This Thursday, December 7th, Kurtis Blow Returns to Milwaukee at the Riverside Theater for the “Hip Hop Nutcracker” a hip hop spin on the classic nutcracker tale. It is my honor to have Kurtis Blow as my guest on “5 Songs We Can’t Stop Listening To.”

Kurtis Blow: Oh my gosh it’s a song out right now. It’s really a funny song made by a comedian, his name is Big Shaq and he’s actually from England. The song is called, “Man’s Not Hot” and he comes out with this accent and the chorus goes like, “She asked me to take off my Jacket. I said babe, man’s not hot.” It’s just so crazy and stupid and along with the accent… “Man’s not hot.”

Kurtis Blow: It’s just stupid and it makes no sense at all, but I can see myself saying that. I can just see my wife saying, “Take off you’re jacket” and saying, “Hey babe, man’s not hot.”

Some backstory, a couple years ago DMX was at Power 105 in New York. And he was doing an interview in the lobby around Christmas time. The interviewer asked if he could do a couple bars of “Rudolph The Red Nosed Reindeer,” and what I don’t think anyone was expecting was that a man who’s signature adlib is doing an admittedly excellent pit bull impersonation and who is known for being one of the hardest rappers out there to, 1. Know all the words to Rudolph, and 2. For it to sound so good.

Fans have been begging for it for years, and here it is, DMX’s studio version of Rudolph the Red Nosed Reindeer.

Sometimes we pick the songs and sometimes an artist that we love picks the songs. This is one of those weeks.

JD McPherson is from Broken Arrow, Oklahoma. We have been playing him and supporting his music since his first album in 2011. You’ve heard his new song, “Lucky Penny” on 88Nine, I’m here with JD McPherson.

Justin Barney: JD McPherson, what is one song you can’t stop listening to?

JD McPherson: There is a band from Oklahoma. They are one of my favorite bands, lucky to call them friends, but their called Broncho.

Singer Ryan Lindsey is a folk hero. He’s a wonderful writer. The first record is like a garage rock masterpiece.

And the second record, I can’t describe it any other way than, imagine that a John Hughes movie infected by My Bloody Valentine and The Jesus and Mary Chain made the most beautiful pop music that you ever made in your life.

It’s an airtight record from start to finish. I honestly believe that it’s one of the best records of the last ten years.

The song that I tend to play the most is the song, “Stay Loose.” It’s got this kind of boys-of-summer guitar in it. And this incredibly thick reverb where you can just barely make out a lyric. But there is something about it that is summer and winter at the same time. It’s magical.

Justin Barney: This is “5 Songs We Can’t Stop Listening To” and I’m here with Nate Imig. Nate, what is one song you can’t stop listening to?

Nate Imig: Well pretty much every time I play Lizzo in my shift I’m like, “I love Lizzo. I want to be Lizzo. I want Lizzo to come over and hang out.” So I spent some time with her first album that came out in 2013. And there are a lot of great songs on the album, but still my favorite is probably the most well-known song, “Paris.”

She talks a lot about getting her start in music in the song. Especially working with Prince. If you didn’t know she worked with Prince.

Justin: She started off working with Prince?

Nate: No, she worked with him on a track on one of his final albums. She was featured on a song, in fact, Prince told her to just treat it like it was her song. And he kept basically her original recording of the song untouched in it which is pretty cool.

So, yeah, worth listening to Lizzo and the song, “Paris.”

When I was 8 years old I inherited a Yamaha keyboard from my cousin. I was 8, I had no idea how to play it. I still don’t. But, I would dazzle my parents, and even myself by turning it onto demo mode where it would automatically play a song and I would pretend to play along with it.

When that demo was playing I always imagined building a song off of that Yamaha piano demo. And this might be that song.

This song sounds suspiciously like that demo on my old Yamaha keyboard. I think that captures some of the fun of the song. It’s just so fun.  And wholesome.