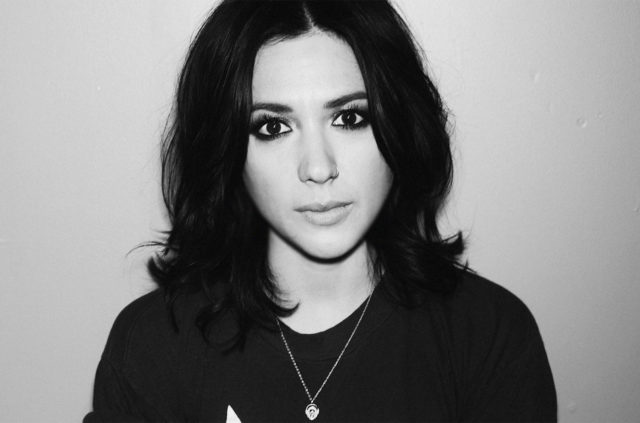 With music from The Killers, milo, Comedienne, Simon and Garfunkel, and Protomartyr

1. Michelle Branch picks “The Man” by The Killers

This is 5 Songs We Can’t Stop Listening To and every week we start off by asking an artist we love to tell us about a song that they love. Michelle Branch had a bunch of pop hits in the early 2000s – “Everywhere”, “All You Wanted”…and then she was in this “thing” with her record label and then she got out of her record contract. She met Patrick Carney of The Black Keys, they recently got engaged and she made a new record…and it’s fantastic. We’re playing the song “Best You Ever”. My guest today is Michelle Branch.

Justin Barney: Yeah! What do you like about it?

Michelle Branch: It’s kind of been my jam lately. My friend Jacknife Lee produced it and I think he wrote it as well and our friend Jake Blanton, who sometimes plays in this band that played on my record, plays with The Killers.

So, I heard it and was interested because I have friends involved and it started initially as a, “Oh this is kind of a fun song”. I was kind of not sure if I liked it or not and it cut to me listening to it constantly. Like, blasting it and dancing along to it. I’ve been listening to it before show, back stage to get ramped up.

I love his vocal in it. His vocal is very Bowie-esque in it and it’s like a disco-jam in a way. I think the lyrics are really funny and funny in a good way – not funny in a bad way. I love the whole vibe about it so it’s been on repeat.

milo. Began a poet and ended a rapper

Hinting at hard boiled and softly cinematic. “Hideout” is like a Roy Orbison song sung at a dystopian dive bar.

The arrangements in Hideout are done by Jherek Bischoff, who has worked with David Byrne, Amanda Palmer, among his own work as a composer.

Here he takes a simple drum machine and guitar pattern, puts against a beautiful string section, adding up to a booming Greek chorus singing the rising refrain of “Hideout.”

The lyrics and vocals are done by Zac Pennington. Pennington and Bischoff were collaborators previously in the bands Paranthetical Girls and Xiu Xiu.

Pennington describes the lyrics of “Hideout” as, “a gas-lit love ballad that imagines Springsteen-style romantic escapism as a minefield of co-dependency and paranoia.”

Justin Barney: This is 5 Songs We Can’t Stop Listening To and I’m here with our weekend DJ, Kat.

Kat Froehlich: The one song I can’t stop listening to, you might know as “Feelin’ Groovy”, but it’s “The 59th Street Bridge Song” by Simon and Garfunkel.

It is my horse’s song and every time I see my horse, I just start singing it to him. He comes trotting up to me and then I’ll say, “Hey County Boy!” (singing) “Slow down, you move too fast – you gotta make the morning last!” We just, you know, feelin’ groovy. That’s my homeboy!

Justin Barney: How did that song pop into your head?

Kat Froehlich: He’s a little bit nuts which is kind of common with the thoroughbreds. They’ve got their quirks. He’ll jump anything in the world in front of him and he’s amazing in a show ring. You could put him anywhere but if he sees a rabbit, he’ll have a panic attack and just freak out, rear up, and you know, twist his butt all over the place. So, whenever he starts freaking out over something silly, I’ll go (singing), “Slow down, you move too fast,” and I just burst into song and I think he’s used to it now. I think it’s soothing to him so now I just sing it to him every day. He’s my baby.

“A Private Understanding” is a plunge into nihilism and despair.

It’s that premise that sets the tone for the album and this song.

He writes that in this age of blasting trumpets, he doesn’t want to hear those vile trumpets anymore. So he becomes an instrument in himself. Whereas trumpets are bright and loud, Casey is like the drums in this song. Low, dark, and constantly rumbling under the surface.