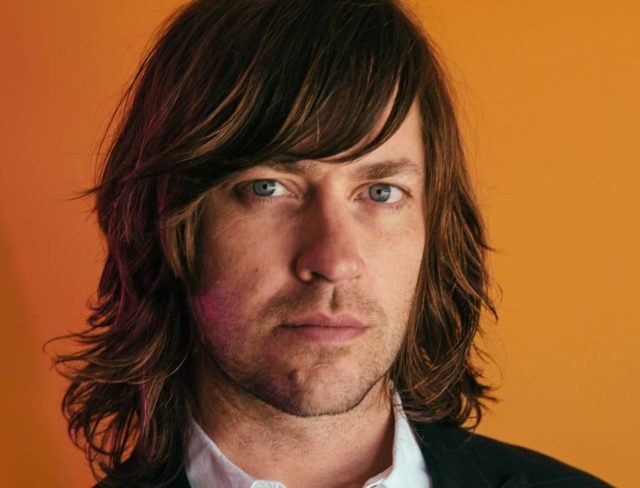 Ken Sumka: From Ken Sumka’s desk, I’m Ken Sumka. This is 5 Songs We Can’t Stop Listening To. Every week we ask an artist to tell us about a song they love. The Old 97’s are a band out of Dallas, Texas that have been around nearly 25 years. They have a new album called, Graveyard Whistling. I’m with Rhett Miller of Old 97’s.

Ken Sumka: Rhett, what is one song that you can’t stop listening to?

There’s a handful of perfect songs in the world…“Five Years” by Bowie, “The Slider” title track off the album, The Slider by Marc Bolan’s T. Rex, “Do You Love Me” by Guster…I could go on but it’s a finite list. When I heard Caitlin Rose sing her song, “Shanghai Cigarettes”, I was transfixed and I put it on a loop and it’s been about 5 years of not being able to get that song out of my head.

Ariel Pink has been making weirdo chill lo-fi songs and generally doing his own unique thing since the early 2000’s.

Pink is the art class kid that made it. He is a colorful character literally and figuratively. Dropped out of art school to join and ashram, recorded hundreds of songs on cassette, and has been known to wear brightly colored wigs.

He is fiercely himself. An artist’s artist. And has been recognized as such.

Here we find Ariel Pink at a loss. He is missing someone. Another weekend has passes where they are not there. He can’t rewind, but he replays what went wrong over and over. Stuck in static.

And even though he can’t drift along, his music does.

Justin Barney: This is 5 Songs We Can’t Stop Listening To. Father’s Day is this Sunday and for Father’s Day, I have my dad here. Thank’s for coming, Dad.

Al Barney: It’s nice to be here again with you, Justin.

Al Barney: The one song I can’t stop listening to right now is “Yellow Bird”

Al Barney: Well, you had me on a year ago for Father’s Day and when I was on, you gave me props for being an influence on the music in your life and you said that one of your earliest musical memories was me singing lullabies to you and Jarek when you were little.

Of course, you know, those weren’t lullabies – those were just songs – songs that we had been drawn to for some reason or another and we had some really good ones. We had “Blackbird” by The Beatles, “Only a Hobo” by Rod Stewart / Bob Dylan, “Trouble Me” by 10,000 Maniacs, but always our number one was “Yellow Bird.”

The funny thing about it is with that song, I was never really good with the lyrics. I don’t think I ever got them quite right so we kind of had our own abbreviated version and over the course of time, somehow, we developed these hand motions to do during the song and that was our “Yellow Bird.” The thing with you was, I mean, your brother, Jarek…when he was tired…when he was out, he was out. With you, no matter how tired you were, no matter how tucked in you were, no matter how far off into dreamland you may have drifted, when I started in with “Yellow Bird”, those little hands came up and made the yellow bird.

With that, you gave me the memory of a lifetime.

Future Islands were in Milwaukee last week. I didn’t go. And I felt bad about it, so I’ve been listening to their album a lot since. It’s hard to pinpoint exactly what you like about a band, but not for Future Islands. It’s lead singer Samuel Herring’s voice. The thing is a phenomenon unto itself. It should have it’s own twitter account.

He does this thing with his voice where he’ll start a note real deep, and then slide the note up.

Listen for it in this song. It’s captivating.

I love having bands that are like, my band. You know what I’m saying?

You feel like no one else in the world knows about this band but you and maybe a small group of loners and weirdos that are like you.

Slaughter Beach, Dog is one of those bands for me. Their music is specific and has feeling, but their lead singer delivers it so plain and monotone.

Others might hear it and say it’s too slow or boring, or that he can’t sing. And that’s fine with me because I love it.

This song won’t be everyone’s favorite song, but it’s mine. And maybe it will be yours too.