5 Songs We Can’t Stop Listening To with guest Portugal. The Man

5 Songs We Can’t Stop Listening To with guest Portugal. The Man 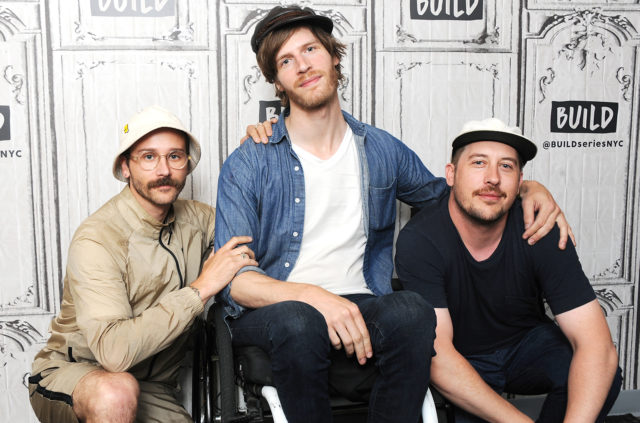 With music from The Zombies, Mattiel, Everything Everything, Goo Goo Dolls, and Yours Are The Only Ears

Every week we start off by asking an artist that we love to tell us about a song that they love.

The band Portugal the Man is from Wasilla, Alaska and they’re song “Feel it Still” has over two 200 million plays on Spotify right now. We’ve been playing their music since their 2009 album, “The Satanic Satanists” and have played every album since then including their most recent, “Woodstock.” I’m here with Eric Hope of Portugal. the Man.

Justin Barney: Eric, what is one song right now that you can’t stop listening to?

Eric Hope: l would say “Care of Cell 44” by The Zombies, the opening tack of “Odyssey and Oracle.” I’ve been really freaking out on the background harmonies, on the horns, and on the lyrics in general. I think that song’s killer.

Justin Barney: Interesting. What’s your relationship with the band? Like how did you found them out for the first time?

Eric Hope: I was getting my hair cut at a shop called “Rudy’s” in Seattle when I was 22, and I’d always had this boring Alaskan hair. I kind of looked like Michael Landon from “Highway to Heaven.” Just like this overgrown, curly mop of 70’s hair. So I was getting my first like cool guy haircut, and I heard this song on their PA system that combined like The Beatles, Beach Boys, and the weird Kinks kind of very British tongue in cheek kind of stuff, and I found out that song was about someone writing to their estranged inmate significant other. You never find out what the other person did, but they’re locked up in cell 44. So it’s like love letters to an inmate in a prison, and once I figured that out I just got obsessed with the band and the sort of dark wit, and their harmonies are perfect, and I think Colin Blunstone’s the greatest singer in the world.

Justin Barney: That’s awesome. What a weird premise for a song. What is the premise?

Eric Hope: It’s “Care of Cell 44” so it’s like you know “you can tell me about your prison stay” and we’ll get together in a special way. You don’t know why the other person is locked up and it seems like from the way that Colin’s singing, it’s a boy to his girl that’s locked up for years but they never get in to why or how they got caught or what they did. It’s a love letter to a prison inmate.

Eric Hope: Yeah, but it just sounds like it would fit right in on “Pet Sounds” or “Abbey Road” you know it’s the gorgeous swirling rich layered harmonic 60’s jam.

This song makes getting out of a car sound cool because it is cool. It’s cool by association like it’s big, it’s brassy, it’s cool, it’s “Count Your Blessings” by Mattiel. 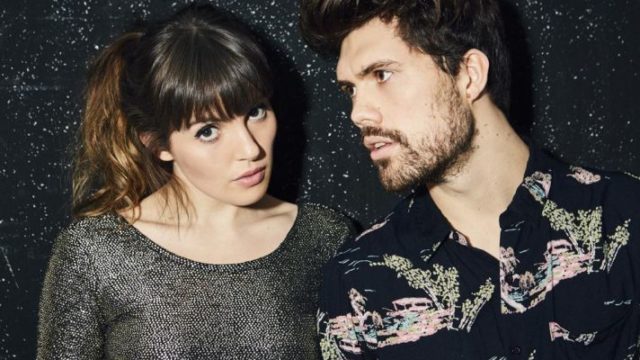 3. Oh Wonder picks “Fever Dream” by Everything Everything

The band Oh Wonder is from London, England and they are a duo made up of Josephine Vander Gucht and Anthony West. We are playing the song “Lifetimes” from their new album “Ultralife,” I’m here with Josephine and Anthony who are Oh Wonder.

Josephine Vander Gucht: I’m listening to on loop a song called “Fever Dream” by a band called Everything Everything. They’re from the UK, and absolutely incredible. They’re really big in the UK, and this tune is glorious. It kind of builds into this walking incessant like loop and all the time signatures go out and you’re just like “Wait, where am I?” It’s stunning.

Josephine Vander Gucht: Yeah, it’s really cool. We listen to it walking around in the dressing room before every show just kind of like in this weird trance. It’s really good, and their albums are great, but yeah this is off their new record. They’re wicked.

Justin Barney: Alright let’s get into a “Fever Dream.” From Everything Everything.

Justin: This is 5 Songs We Can’t Stop Listening To and I’m here with Ken Sumka. Ken, what is one song you can’t stop listening to?

Ken: I’m known as the dork in the office who still uses his ipod. And what’s cool about the ipod is that it’s very democratic. It just picks songs and plays them for me. This one came up the other day.

Believe it or not, there was a time when the Goo Goo Dolls were a really cool band. And I’m not insulting people who like Goo Goo Dolls now, they are nice people and they write great songs, but once “Iris” and “Black Balloon” hit I was kind of over them.

But back in the late 80’s/early 90’s they were a really cool band that was obviously really influenced by one of my favorite bands, The Replacements.

Ken: *laughs* Yeah, believe it or not.

So back in ’91 when The Replacements were on their last tour, Chris Mars had already left the band, and, of course, Bob was already out of the band as well. And Replacements tap Goo Goo Dolls as the opener when they played Carver Hawkeye Arena which is like the BMO Harris Bradley Center of Iowa City, where I went to school. I almost didn’t go because at that point I was almost even over The Replacements because their music had sort of taken a downward turn.

But I went. And they blew me away.

Justin: That is the most Ken Sumka thing I have ever heard.

Yours Are The Only Ears might be a mouthful for a band name, but it’s an indication of what kind of music New York based artist Susannah Cutler creates. Sure, it’s a little wordy, but that means you have to pay attention.

She confesses, in a mere whisper, her own self-doubt. Then she takes you further in, creating the centerpiece of this song, a warm din of a sustained piano chord, quietly plucked strings, and a warbling saw that she falls into, only to break out of, accompanied by a voice underneath that might as well be an assuring inner monologue.