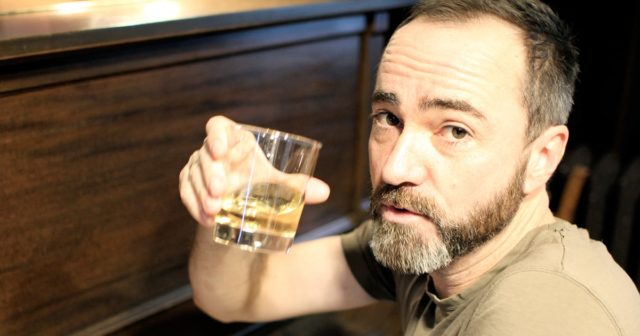 With music from Angel Olsen, Juiceboxxx, Alex Cameron, Soulwax, and Chain & the Gang

Every week we start off by asking one artist that we love to tell us about a song that they love. We first fell in love with The Shins in the movie “Garden State” when Natalie Portman told Zach Braff that listening to them would change your life. Since then, their albums “Chutes Too Narrow, Port of Morrow, Heartworms…have been the soundtrack to our memories.

A couple weeks ago, in Grand Rapids, MI, we talked to James Mercer. Lead singer of The Shins.

Justin Barney: James, what is one song you can’t stop listening to?

James Mercer: Lately, I have not been able to stop listening to the song “Intern” the first song off Angel Olsen’s record, “My Woman.”

James Mercer: I love that song.

James Mercer: The lyrics are really gorgeous. It’s kinda minimal. And it’s just a gorgeous song. She’s just really strong. And her voice is incredible. So…

Justin Barney: Yeah, I always think Angel Olsen has this old country quality to her.

James Mercer: Yeah! There is. Which I love. It’s funny how people either love or hate that sort of vibe. But she sort of brings the right amount of it, I think.

And she started off really folky.

How do you describe Juiceboxxx?

Let’s start with what we know. He started making music when he was fifteen years old. He moved to New York, determined. He started a record label, Thunderzone. He started selling an energy drink of the same name. Two years ago someone wrote a book about Juiceboxxx called The Next Next Level: A Story of Rap, Friendship, and Almost Giving Up. There is a blurb from Lena Dunham on the cover. He was written into an episode of “Girls”. He has always made music that is one of a kind.

He just released an album called, “Freaked Out American Loser.” This is the final track and the title track as well. I think it’s the most I’ve heard Juiceboxxx actually sing on a song and I love it because I think that reflects on his honesty as a musician, his need to tell his story in his voice, and to admit to himself that he either is or is perceived as being a freaked out American loser.

Strangers Kiss is a duet between Australian musician Alex Cameron, who’s act is a high concept persona of a failed entertainer. And he does this duet with labelmate Angel Olsen.

Fained entertainer paired with a broken hearted singer songwriter is kind of the vibe of this whole song. In what could be a song right out of the mid-80’s.

I like this song because it has the kind of strained romanticism of a Bruce Springsteen song, and could easily drop off the cliff into the soundtrack of a freeze frame at the end of a mid-80’s TV show, but at the chorus it’s brought back with an off beat sax and synth drum hook, that seems like it should solidify it’s “Jersey Girl” aesthetic, but somehow it makes it come around and sound fresh.

And if you love the kind of unvarnished romanticism of those songs, you’re going to love this song.

Plus, the whole thing is kind of tongue in cheek, but also kinda serious. And I like that.

Justin Barney: This is 5 Songs We Can’t Stop Listening To and I’m here with Dori Zori, your morning ray of sunshine. Dori, what’s a song you can’t stop listening to?

Dori Zori: So it’s this new song by Belgian brothers that go by the name Soulwax. Have you hear of them?

Justin Barney: I have, and I know that you have been digging this jam, so I wanted to talk to you about it.

Dori Zori: *laughs* Oh my gosh. So, we were thinking about playing this on the radio, but it starts with this 20/30 second drums which isn’t super radio friendly, but that’s one of the things I love the most.

The drums start off and it’s like, “Is this gonna be a punk rock song, is this gonna be a metal song?” But then you realize that the drums are electronic and that there is going to be some kind of drop.

And then there’s gonna be a dance party.

But then it drops not exactly in the way you think, it drops and then it slows down a bit and when the vocals come in they are kind of gentle.

Then it picks up and you’re dancing.

I really just love how weird this song is. It’s called “Certain Kinds of Trash,” and it’s literally about different kinds of garbage that you just don’t see anymore.

You can picture him writing this song, bong in hand, just looking at garbage and describing it. And then lamenting the fact that you don’t see certain types of garbage anymore.

It’s like, “Yeah, we don’t see them, because we’re not staring at piles of trash.”

But I love the whole concept of this song. It’s so weird.