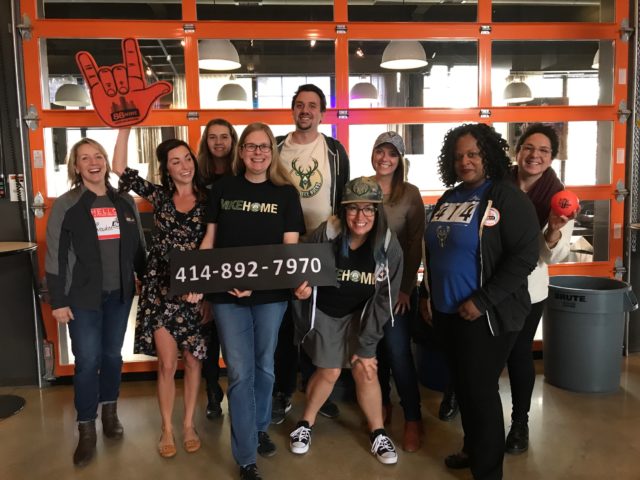 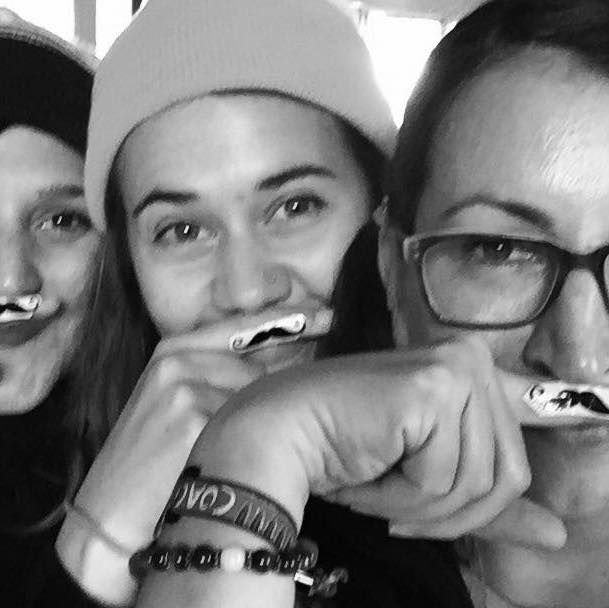 Justin Barney: This is “5 Songs We Can’t Stop Listening To” and we’re in the membership drive right now so I kind of wanted to highlight some of the people that are not on the radio all the time, but work here and are behind the scenes and who you support as well with your donations.

So I’m here with Maggie Corry. What’s your title, Maggie?

Justin Barney: And what do you do? What does that mean?

Maggie Corry: I try to keep all of you members happy. I get to help pick out all the goodies that you get when you support us with your donations, and I get to meet a lot of awesome people along the way.

Justin Barney: Alright, and what’s one song you can’t stop listening to?

Maggie Corry: My song one song I can’t stop listening to is a classic family song. ”Regulate” by Warren G. It’s pretty wonderful, and when we’re cooking dinner every night, my husband, my two year old son, and I listen to it.

Justin Barney: This is your family song?

Maggie Corry: This is our family song.

Justin Barney: How did it become the family song?

Maggie Corry: It became the family song because my husband and I have very little crossover in our musical tastes. This became a fall back song.

Justin Barney: What is your taste?

Maggie Corry: I would say singer-songwriter, Americana, and he’s… I’m not sure. Pop?

Justin Barney: And the Venn diagram is Warren G, “Regulate.”

Justin Barney: Can you throw me a bar?

Maggie Corry: *sings* “It was a clear black night…” That’s all I got. 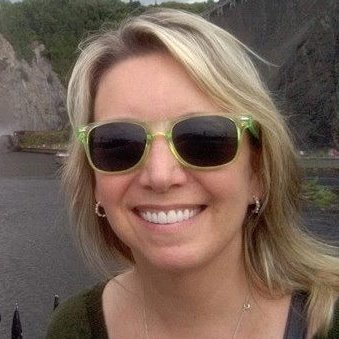 2. Glen Hansard & Marketa Irglova – “When Your Mind’s Made Up”

Justin Barney: Rebecca, what do you do here at 88Nine?

Rebecca Steiner: The finance director is running all the financial reports for the organization. I oversee HR, and the building, and anything that has to do with all that. It’s a long list of duties.

Rebecca Steiner: One song I can’t stop listening to is by an artist that I was exposed to after I started working here, Glen Hansard. We had the opportunity to have him in for a studio session in our old place when we were at the Pabst, and just to listen to him play and sing with his heart, and be twenty feet from him, and then learn more about him and watch his movie. I was just very entertained, and I like his style.

So the one song is, “When Your Mind’s Made Up.” I love how he starts out really slow and compassionate like, “I’ll do anything for you, and I’ll wait for you.” Then as the song goes on, he gets louder and louder like just make a decision already. He quiets down again, but I just appreciate his songwriting and his style. It’s one of my favorite songs. 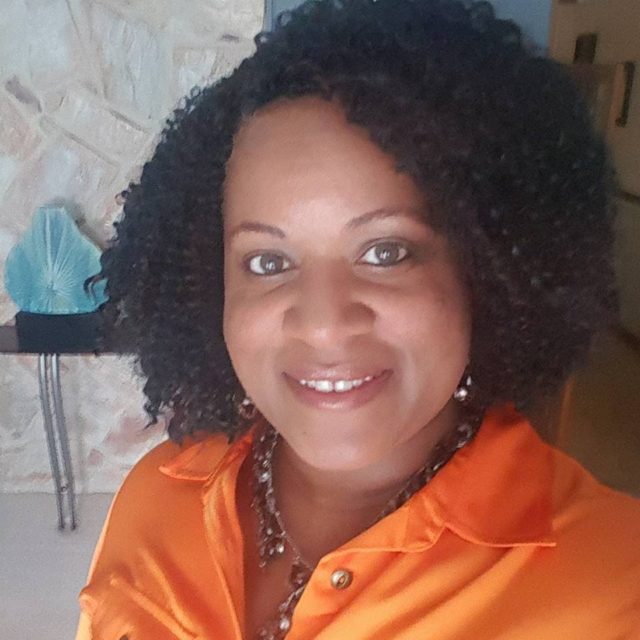 Justin Barney: Cheryl, what do you do at 88Nine?

Cheryl Bennet: I am an accountant, and I’m the HR coordinator.

Justin Barney: We just listened to it; it’s a very powerful song.

Justin Barney: So beautiful. What do you like about it?

Cheryl Bennet: It just takes you through the steps of a women looking for love, and obviously there’s someone that she has to give herself to, take back her independence, let them come into her space, and catch her when she falls in love with them. It’s just amazing. 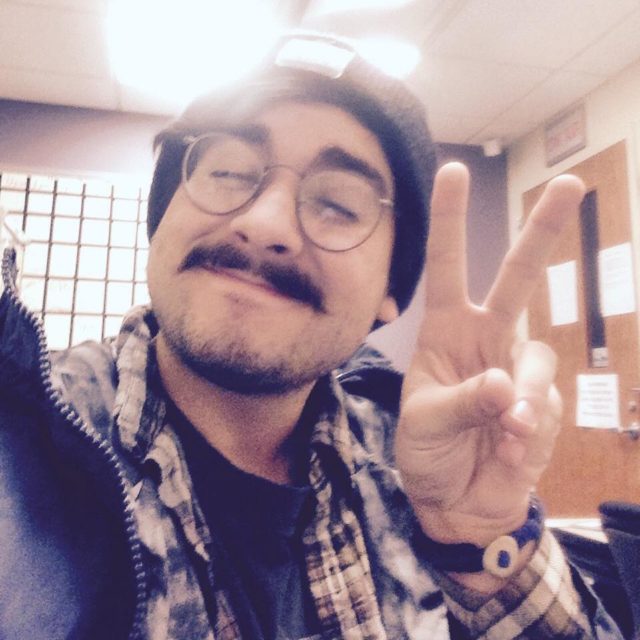 Justin Barney: Zeb is our intern. How are you liking the internship?

Zeb Goessman: It’s amazing. I’m really getting a lot more comfortable around you guys with the personalities, and once I brought my fidget spinner I felt like we had a connection.

Justin Barney: So Zeb, what is one song you can’t stop listening to?

Zeb Goessman: Dave Bixby’s “Morning Sun.” I absolutely love it because every morning I put it on, it calms me down, and gets my day started. Honestly it’s a morning song. No lie.

Justin Barney: You’re supposed to listen to it in the morning?

Zeb Goessman: Okay imagine that the sun is rising. He literally is playing his guitar, and it’s like fading in to like the sun that’s rising and his voice is getting really high. At first it’s like low and then it gets really high. Then he goes into like blaring his vocals out and the guitar speeds up a little more. So it’s a really good song, and interesting song that I really like listening to in the mornings.

Justin Barney: Who is this guy?

Zeb Goessman: Well I looked him up and he got a reissue from this album, called “Ode To Quetzalcoatl.”

Justin Barney: So is this a new song, or an old song?

Zeb Goessman: No this is like a really old song from the late 1960’s and they reissued it. Apparently he took a bunch of drugs like in a, “I’m going to be one with myself” type of way.

Justin Barney: Sounds on the time.

Zeb Goessman: It’s magical. It’s like other worldly, and I just love it, and I recommend it to anyone that’s getting up in the morning. 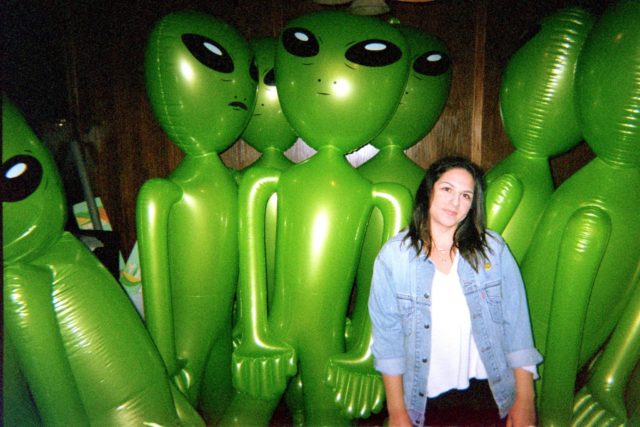 Justin Barney: This is “5 Songs We Can’t Stop Listening To” and we’re in the membership drive this week. Sometimes I think when you’re listening to the radio, it just sounds like whoever is on the radio is operating the entire thing, but we have twenty something people that work here either full-time or part-time, and one of them is Steph Baghai. Steph, what do you do here?

Steph Baghai: So essentially, I help the underwriting team keep their relationships with their sponsors, help with partnerships, and all the other awesome organizations in Milwaukee that help support us. I get that team rolling, and make sure everything is set and smooth, and stuff like that.

I also help out traffic with all the copy that you guys hear every day by making sure that they’re all set, in order, and on time.

Justin Barney: Right on. I know you’re huge music fan, so what is one song you can’t song listening to?

Steph Baghai: I would say Together Pangea, “Money On It.” I actually saw them two nights ago.

Justin Barney: I know, I saw you in Madison.

Steph Baghai: Yeah I saw three people from Milwaukee going to different shows, it was awesome. They’ve been one of my favorite bands for years now. They’re actually from Los Angeles, where I’m originally from so there’s a little hometown pride with that as well.

It’s a track off their new album, “Bulls and Roosters.” It’s awesome, and a little different from their normal stuff. They’re a little garage rocky, but I’d say it’s a little smoother than their normal music.

Justin Barney: How was the show?

Steph Baghai: It was amazing. I left completely wet and sweaty. I was just sitting outside on the floor like, “okay I need to breathe for twenty minutes.” I actually ended up talking to them, and they were just the coolest guys ever, like super friendly and they had a good time.

It was just really fun, and everyone was super in to it, and that’s the best. So if you fall there’s like five people picking you up, and that’s like the best thing ever. You’re all sweaty so it’s like, “we’re in this together.”

Justin Barney: Right on, that’s the best. What is the song?

Steph Baghai: “Money On It” by Together Pangea.