5 Songs We Can’t Stop Listening To for Summerfest

5 Songs We Can’t Stop Listening To for Summerfest 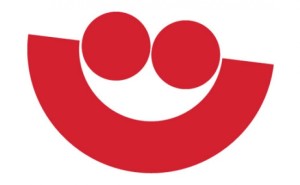 I am a Summerfest apologist. Every year, when I hear people talking down about Summerfest, I evangelize about how it’s great, how it’s so musically diverse, how it’s a public music festival started by our former mayor, how it’s tradition. Every year I go as many times as I can for as long as I can.

Admittedly, after all of my own hype I usually find myself on a park bench alone at some point with an overpriced beer in one hand and fried eggplant in the other, overstimulated by everything going on, and thinking, “Why do I do this every year?” But then I’ll walk between a hip-hop show and a Weird Al performance, ogle at a case of belt buckles that some dusty biker from West Allis is selling under a tent, stare longingly at the pizza cones, and remember that this is the beautiful freak that I wait for every year. This is Summerfest.

Tradition and ritual are two things that I crave. Summerfest is one of those traditions. Born and bred in Milwaukee, I have been to Summerfest every year of my life for as far back as I can remember. I’ve had family and friends play at Summerfest, It seems like most people have worked there at some point. It’s tradition. And I love it.

And since week is all about Summerfest, so I am going to kick it off with a song from a band that played at the very first Summerfest in 1968, Up with People and oddly enough this song really fits today. Even though it’s a bit corny and kind of dated, it’s charming, and really embodies what Summerfest is about almost 50 years later. It’s not about a celebration of music, it’s a celebration of people and how much fun we have together. It’s about putting Milwaukee up. Up with Milwaukee, and up with its people.

The “World’s Largest Music Festival” books more than 800 acts a year. Bob Babisch is the guy that has been booking acts at Summerfest since 1976. So, we asked him to be our guest on 5 Songs We Can’t Stop Listening to this week to pick one of the five songs, and to tell us a little more about how he booked The Rolling Stones this year.

Justin Barney: So this year you booked The Rolling Stones to Summerfest. Why did they want to play in Milwaukee?

Bob Babisch: You know, we got a call from some people at a company called AEG that we’ve worked with before that have done things in the amphitheater so they know the vibe of the amphitheater, and that vibe is when you’re an artist and you’re standing on a stage even though it holds 23,000, when you’re looking out at the audience it feels like there’s only 10 in the building because it kind of goes straight up where a lot of amphitheaters kind of flat line out if you will, this has a much steeper angle going up into the seating area.

So it’s a cool place to play, and when they started out they wanted to do a couple things different for the band. They wanted to have some places where they’d really have fun doing something other than, you know, you’re traditional stadium that they seem to always do. So I think they had a couple of places worked out but eventually they decided they were going to play more stadiums so they just kept ours in but I mean they told us early on they said, “You know in total transparency you might lose this date,” but they tried to keep us in and they did! So I mean, I thought it was pretty cool.

According to the Guinness Book of World Records, Summerfest is the World’s Largest Music Festival. Which means they have a lot of time slots to fill, making it great opportunity for local artists to play. Tons of local bands play every year, and there is always a stage that plays just local music. And if I’m going through the schedule and I think all the national acts for the day are bums, I can always count on the headliner on the local stage to be my go-to.

Such is the case for tonight (Wednesday). Nothing against Sloan, The Soil & the Sun, or Mavis Staples, but I think Milwaukee’s own Midnight Reruns is the band to see.

They just opened for The Replacements, they are on the verge of releasing their sophomore album, and they just released this song, loud, chugging, bar band rock ‘n’ roll.

And since their first album in 1987, he has been it’s anchorman, telling the story of black America with songs like “Fight the Power,” “Welcome to the Terrordome,” and “911 is a Joke.” Through the years, Public Enemy never changed paths. They’ve brought their honest stories, social critiques, political accountability, and pressure for change. And they’ve never backed down. Even when their audience stepped back or stuck their fingers in their ears, Chuck D marched on with his message with songs like “Beyond Treyvon” and “Say it Like it Really Is.” Showing that a nation of millions can’t hold them back, and Public Enemy will always fight the power.

The Flaming Lips played the best show I have ever seen at Summerfest.

I went on a hot summer night a couple years ago. I had worked all day, had just gotten off my shift, and I didn’t really even want to go. I knew that I would be tired, I didn’t have enough money for a couple $10 beers, and we were coming in late, so I knew we would get crummy seats. But when we got there somehow we weaseled into the middle of the crowd were the sound was perfect and the Flaming Lips blew my mind.

Lead singer Wayne Coyne went out into the crowd in a giant bubble, then shot confetti everywhere.  At one point they put on these huge hands that shot laser beams at a disco ball. It was nuts. And then they sang this song. They must have done this song a million times before, but sang like it was the first time. It sounded like he was tearing up. It was beautiful. I’ll never forget it.