5 Songs We Can’t Stop Listening To with guest Whitney

5 Songs We Can’t Stop Listening To with guest Whitney 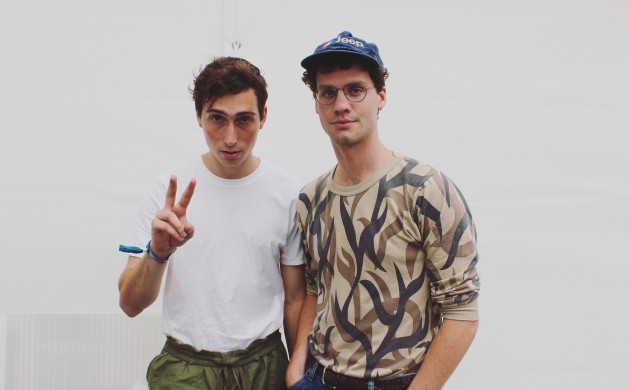 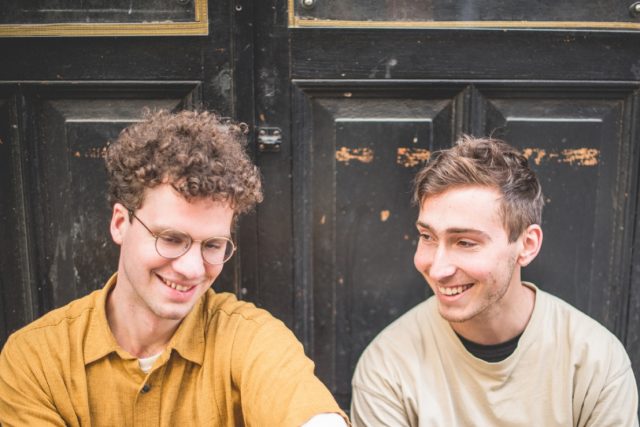 Every week we ask one artist that we love to talk to us about a song that they love. Here we catch up with Max Kakacek and Julien Ehrlich, who are the band Whitney.

Justin Barney: Max, Julian, what is one song that Whitney, as a whole, can’t stop listening to?

Julian: “Southern Nights” was a big one that I think everyone got hooked on. And then we ended up covering it.

Julian: It’s like when you listen to that song you are in a different world for a while. And the melodies are great.

Max: It’s also one of his most bizarre sounding songs.

Justin: Who brought it to who?

Julian: My Dad sent me “Southern Nights” actually. None of us had ever heard it before. Some dude did a cover of it in a weird honky tonk kind of way and it was too cheesy or something for us. And then my dad sent me the Allen Toussaint version, and I thought that maybe that was the cover version, but it wasn’t. It turns out he just wrote that beautiful song in that style and then some jerk covered it.

In “Old Friends” Pinegrove creates an atmosphere of introspection through a constant buzz of an old guitar, plaintive harmonies, and a very faint banjo, that twinkles like old memory in the back of your head. Only noticeable if it catches you at the right time.

The song itself finds memories catching songwriter Evan Stevens Hall and spiraling him out into a series of comedowns.

Introspecting to the point where it becomes a poison. He is reliving times where he was so concentrated on himself that it not only hurt others, ironically, he ends up hurting himself.

This is a song that has almost nothing to it. The total word count is under 20 unique words. And it’s basically one big hook, or three big hooks. So, it’s all energy.

It centers around a bunch of dudes yelling “Mid-20’s skateboarder, I hope I don’t get hurt!” It’s a statement that is unpretentious, straight forward, and honest.

Justin Barney: I’m here with Sarah Fierek. Sarah, what is one song you can’t stop listening to?

Sarah Fierek: Well I think since last year I’ve still really been addicted to the Beyonce “Lemonade” record. It has so much depth, soul, and creativity in it.

So the song I’m picking today is “Daddy Lessons.” Part of the song that really moves me is the horns in the beginning. It has this wonderful energy.

Justin: To literally move you.

Sarah: Yeah, yes. And, you know, it’s January. I’ve been going to the gym. I need music that is going to move me and stimulate my mind and get me going.

And this song holds a special place in my heart because I am a daddy’s girl. My dad is my world. And the idea of a dad helping a woman or a girl becoming a woman to be strong I think really resonates. Especially where we are today and the reminder that women need to be strong and women need to be inspired. Everybody does. But having that special relationship with your dad is something to truly be valued.

Craig Finn’s writing is a mixture of street slang, insider info, and code words designed to throw the cops off the scent. When listening to one of his songs, like this one, you might hear a phrase like “Worth Park has a Betty” and you might know what that means if you’re on the inside, but you also might have to put together the context clues to get it, or else just nod play it cool. It makes you feel like you are part of some kind of unified scene.

And mixed in with the hep talk is real meaning. Which is also a hallmark of his writing. Mixed in with the narrative is Finn’s constant feeling of being lost and looking to God to drugs, and everything in between to find the answers life’s big questions.