5 Songs We Can’t Stop Listening To with Allen Stone

5 Songs We Can’t Stop Listening To with Allen Stone 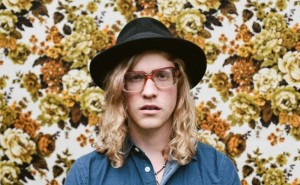 Allen Stone: My favorite artist right now is Emily King. She’s a Brooklyn based soul singer, and her entire record is just in spin right now, she’s just one of my favorite singers to listen to. But in particular her song “Aya.” It’s kind of a deep track on the record and the only lyrics are “Aya” the whole time.

It’s just gorgeous. I sing it all the time, like just by myself, I catch myself singing it. It’s just the texture. It’s the colors she emotes through her voice. You know when I sing I just kind of throw everything I have inside of me at the mic, and she sings with such delicacy, she’s like an actual singer, she’s like a singer singer. I wish that I could get up there and sing sing, but I get so excited that I got to move around and then I end up chucking my voice out as much as possible.

I don’t think could never do anything like this, I couldn’t burn a bridge like this, but I would imagine that it would be cathartic. And I imagine that doing something like this would put such a distance between the relationship that there is no chance of relapse. There is no pretending to like them just in case something doesn’t work out and can run back to them. No stringing along. It’s done. It’s over. I hate your guts. I hate you on the inside. Now he can move on.

I usually like songs that hit me on a lyrical level. I like things that give me a little insight on life. But this song goes right through my head and into my heart. I don’t have to know what lead singer Arthur Ashin is singing because through his intonation, I know that these lines are coming from somewhere deep within. And I know that they mean a lot to him. So they mean a lot to me.

He also does this interesting thing with the song structure itself. He uses this “ I I I” sample that ramps up and then falls off right as he starts to sing in order to create emotional highs and lows. Listen to how he emotionally manipulates you though his use of sound right here.

4. Shannon and the Clams – “Point of Being Right”

I think this is the saddest type of song. It’s the saddest part of a relationship. The first cracks. Everything is great in the beginning of a relationship, then there are these little cracks in the veneer. He goes to a party, doesn’t invite her, comes home at three, something is wrong. It’s a feeling. These moments are the real killers. Because at the end, usually everything has been done. It’s over and everybody knows it. But these moments are the ones that hurt the most. It’s the beginning of the end. You know it’s going to end. You know that they are doing things that they wouldn’t do if they really cared about you. They can deny it but those are just words. You know that something is wrong, and you know that if they admit it, it’s the end, so what’s the point of being right?

As a huge fan of novelty songs, cats, and Run the Jewels, I’ve got to talk about the Meow The Jewels.

Meow the Jewels started as a joke kickstarter promise that turned into a reality. When the hip-hop duo Run The Jewels decided to follow up their killer self-titled 2013 album, like many creative, they launched a Kickstarter to fund the new project. As a joke, the group said that if they raised $40,000 they would “re-record the entire album using nothing but cat sounds.” As the internet does, it rallied around this pointless cause and soon enough raised over $60,000, and forcing Run The Jewels to put their money where their meowth is.

So they did it. And here it is. Meow the Jewels.