5 Songs We Can’t Stop Listening To with Best Coast

5 Songs We Can’t Stop Listening To with Best Coast 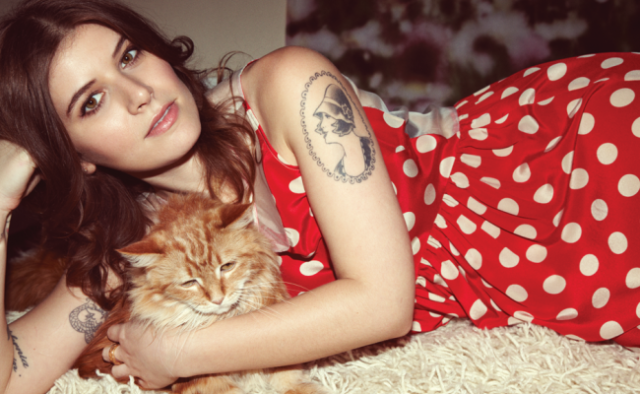 Every week we invite an artist we love to come into the studio and talk about a song that they love. This week we caught up with Bethany Cosentino, lead singer of Best Coast.

Justin Barney: Hey Bethany, what is one song you can’t stop listening to?

Bethany Cosentino: I got really into this band called Widowspeak that I had heard of before, but I had never really listened to them. I bought their record and there is a song on the record called “Stoned.” It’s a really really amazing song. Lyrically I think it’s really cool because it’s bout being high and about being stoned, but they talk about it in a way where it’s in a similar way that I felt I wrote “California Nights.”

I was sort of talking about getting high as in like an out-of-body experience, not necessarily like, “whoa man, I’m totally stoned on weed.” It talks about life and these feelings that love can give you, and friendships, and all this stuff in life that can make you feel high in itself without actually taking drugs.

Christmas Will Break Your Heart is a sad song about feeling lonely on the day of the year where everyone should be happy. And for me, it’s comforting to hear James Murphy sing about feeling lonely. James Murphy is beloved. He’s sold out Madison Square Garden, he has thousands of people that love him, but he still feels lonely at times. I think that says something to all of us who have plenty of people that love us, and still manage to feel lonely.

This song marks the reunion of LCD Soundsystem. There will be a new album and the band will go on a national tour, notably headlining Coachella this year.  And when I listen to this song I can’t help but feel that he sees himself in the audience when he gets to the end of this song and yells, “What if they don’t love you anymore?” And follows it with “I’m coming home”

Walter Martin writes ditties. Short, simple songs. I love little ditties because mostly they don’t themselves to seriously, oftentimes they’re a bit tongue in cheek,  and they’re innocent. A lot of people don’t give ditties a chance. Passing them off for not having enough heft or gravitas. But, some of the worlds greatest songs have been diddies. Paul McCartney wrote diddies. Bob Dylan wrote some too. And now we have another preeminent writer of the ditty, Walter Martin.

In this song, Walter Martin walks around Amsterdam with his dad and sings about Rembrant, Vermir, and appreciating Dutch architecture in the least pretentious way possible: the ditty.

This is 5 Songs WE Can’t Stop Listening To, and this week I asked out very own Kat what she is spinning.

Justin Barney: Kat, what is one song you can’t stop listening to?

Kat: Absolutely. It’s called “Death Row” and it’s by Jimi Charles Moody. When I first started listening to it at first I thought it was going to be an alt-country kind of thing, and then this booming, resonant, odd voice came through. That grabbed me. Then I started listening to the lyrics. And the lyrics kinda killed me.

The lyrics are about a man in love with a woman to the point where he wants to die. He’s numb inside. And he’s basically saying, “If you love me, let me go. If you love me please let me go. If you love me don’t let me go. Because I’m pretty much standing on death row.” So he loves her enough that he doesn’t want her to leave him. He loves her enough that he asks please don’t leave me, you’re making me numb inside, you’re killing me, and nothing and nothing will kill me except you, because I love you that much.

I love dark heavy songs, but I’m a very positive person. I think that is why I’ve always had a difficult time going full on hardcore punk or metal. To me, a lot of that music makes sense, from frustration and anger, which I felt, but ultimately I felt that it posed more questions than it did answers.

I don’t think that being pessimistic or misanthropic really leads to anything useful. At least it hasn’t in my life.

And this is where Savages turns the corner on this song. “Adore” is dark. It’s brooding. Like so much of the music I love, I mean it could be a Nick Cave song. But, instead of denouncing life, it affirms it. It poses questions, “Is it human to adore life?” and it answers them. I adore life. Do you adore life?