5 Songs We Can’t Stop Listening To with Bully

5 Songs We Can’t Stop Listening To with Bully 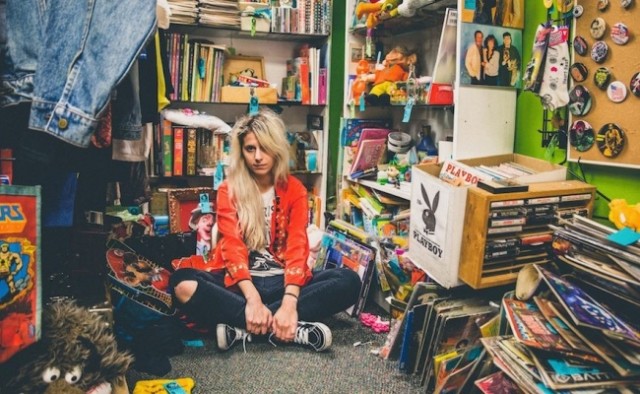 It’s been hard to listen to anything but David Bowie the past week. And honestly, I really haven’t.

Throughout Bowie’s career he has given us many changes. He’s changed our prospective on gender, art, fashion, and what it means to be a rock star.

And before he died, he gave us one last change.

You see, I listened to this final album the second it came out last Friday, just days before his death. And I heard a great jazz influenced album. Bowie worked with some of the greatest living jazz artists to make this record and it sounds great. But I thought that it was lacking lyrically. I kept on thinking, “What the hell is a blackstar?”

But the first time I listened to it after he passed everything changed.

Suddenly, the lyrics were everything. This was designed to a swan song. A blackstar is a medical term for a type of cancerous lesion. Bowie had been fighting cancer for a year and a half. The song Lazarus wasn’t referring to coming back from a dead period in his career in the early 2000’s, or a play that he put on, It became a literal reference to his music coming to life after his death. This album will be the first #1 selling album that Bowie ever had.  And the album’s last track, “I Can’t Give Everything Away” became a reflection on a long career of riches.

This was Bowie’s final change, before he turned and faced the strange.

Every week we ask an artist we love to come on and talk about a song that they love. This week we talk to Alicia Bognanno, lead singer of Bully, who play at the Cactus Club this Tuesday.

Justin Barney: Alicia, what is one song you can’t stop listening to?

Alicia Bognanno: “Black and White” by the dB’s. Probably when I was like 18 my really good friend played it for me. They had been listening to it forever and then it just kinda stuck with me. It’s kind of a guitar, up-beat rick song. I love the diction in his voice and the way he sings and the annunciation in this song is really cool. And the guitar is super awesome.

My friend owns a venue called the Stone Fox. Every once in a while he’ll get a show with a bunch of local artists and ask them to do covers, so I was trying to figure out a song that I’ve always loved, and obsessed with, and hasn’t really gotten old and that one came up. So for the past month I’ve just been listening to it nonstop.”

Amidst a kind of industrial landscape voice appears. Aaron Main’s voice rises and lilts each time with a bit more strength. Faintly you hear a female voice that seems to act as a splint for his broken heart. His voice rises again, and again it fades completely and you just hear her voice, or the memory of it, echoing until it too, fades away.

Amelinda Burich is the Content Coordinator here at 88Nine Radio Milwaukee. She is also a cool person with great taste in music. We sat down and talked about Shinobu’s “The Void”

Justin Barney: Amelinda, we’ve got a song that we can’t stop listening to here, what is that song?

Amelinda Burich: This is “The Void” by a band called Shinobu. This song has all the hallmaks of a 90’s, tight college rock song. It’s got a super catchy guitar hook, social commentary and introspective lyrics, Pavement-esque vocal stylings, and some “Hey! Hey! Hey!” thrown in. But then suddenly you have this two minute…”void” if you will. And it’s just silent, with like some twinkling guitar.

Amelinda: “I just really love this line, “The cause distracts you from the void that’s there in every moment and in every thing.

Justin: I really love that too, ‘cause “the void” is like the 90% of our life that is really our life. You know, it’s like really the things that we’re doing like checking our phones and driving around, and thinking about what you are going to eat. Like, most of our life is nothing. And when you see movies, or read books, that’s all the interesting 5-10% of our lives squished together and that’s what gives you a captivating story. And I think what he is talking about here is the void that you feel when you are watching these things or you get a concept of someone else’s life and you get the feeling that so much more is happening in their lives, but it’s not. The Void is the empty time just sitting around that makes up real life.

Making a move on someone is terrifying.  Because there is no going back. Once you have made the move there are two options. 1. That person is also into you. The feeling are mutual. You guessed that that other person felt the same way about you. Raise your arms, you have done it.

Now option 2. Poor option two. You are rejected. That person does not feel the same way as you . You are sad, you’re embarrassed, your powerless., the list goes on. There is no ignoring what just happened. Your re relationship will never be the same.

Option two is a tough option. It’s so bad, it makes you wonder if the pros of option one really outweigh the cons of option two.

But there is a third option. What if the other person makes the move? What if they bear all the emotional costs of option two so you don’t have to? Option three sounds like a good option to me.

This song is about going for option three.