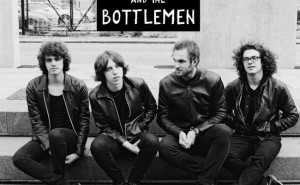 Beirut makes what the critics call orchestral pop. Full brass and string sections, like a mini orchestra in a song. The genre is not gone now, but it had a special time in the early 2000’s with groups like Neutral Milk Hotel, early Arcade Fire, Okkerville River and DeVotchka. And it’s always been one of my favorites. And Beirut was one of it’s bastions.

To me, Beirut always sounded like he was laying on his back on the bank of a Venice canal, one leg hanging into the water as he looked up and strummed these melodies in his head. As if brass sections and string arrangements are street performers in the distance or all just part of his imagination. So sit next to him in this song, lick your feet in the water, and listen to the song in his head.

Algiers music is about race at its core. It’s not the hand-in-hand-everything-is-fine-we-are-living-in-a-post-racial-America kind of attitude. Algiers music is an acknowledgement of the darkness of our history. The bad stuff. The things we don’t want to talk about.

And it’s weird that a song like this can do that. It doesn’t really come out and say it and doesn’t really need to because you can feel it. You hear it in the hand claps, the foot stomps, the tortured voice, and the eeriness of a gospel choir pitched against the darkness of the music. It’s a cold hard stare at our history, and it’s also just a really good song.

3. Catfish and the Bottlemen pick The Streets – “All Got Our Runnins”

Van McCann: Ahh, I found this Streets’ song, they’re like an English grind band. I love The Streets, and I found this tune on an EP between his first album and his second album I think, and it’s really cool it’s called “All Got Our Runnins.”

It’s about him duckin’ his landlord for rent and stuff like that you know, and him trying to get his next deal sorted and it’s like a day in the life of Mike Skinner.

Justin Barney: What’s a lyric that sticks with you from the song?

Can McCann: There’s a really good line that says, “You know things are bleak, when you tell the girl you asked out last week that things are busy, when really there is no dough in the piggy.” That’s good idnt’it? There you go, that’s the line I like. I can’t believe I remembered that.

I think we always imagine artist in a perpetual youth. Hanging out with friends all the time, traveling on the road, staying up late, a different bar every night. And I think that’s why a lot of people want to be musicians. It just sounds like a lot of fun. A fountain of youth. But the reality is that our biological clocks are ticking, and when every night’s a weekend, there is no time to do the boring stuff. Like having a steady partner, planning for the future, or having a child. There is no perpetual youth.

This song is grappling with the conflict of trying to suspend time while hearing the time’s tick tock.

Sometimes music is addition by subtraction. Start with the most standard 4 piece band of what a band is. You got drums, bass, rythmn guitar, and lead guitar. That’s you standard set up. Now lets start subtracting. Drums, who needs those? Rhythmn guitar? BORING. Girlpool’s got it down to just a lead guitar, a bass, and both of their voices.  And this weird thing happens when you subtract things like that. The elements that you are left with have to be really strong. It’s a risk because it can be subtraction by subtraction and you might end up with nothing. But Girlpool ups the ante. Their individual parts are so strong that the two of them do more than most groups twice their size. For Girlpool, it’s addition by subtraction.