5 Songs We Can’t Stop Listening To with Esperanza Spalding

5 Songs We Can’t Stop Listening To with Esperanza Spalding 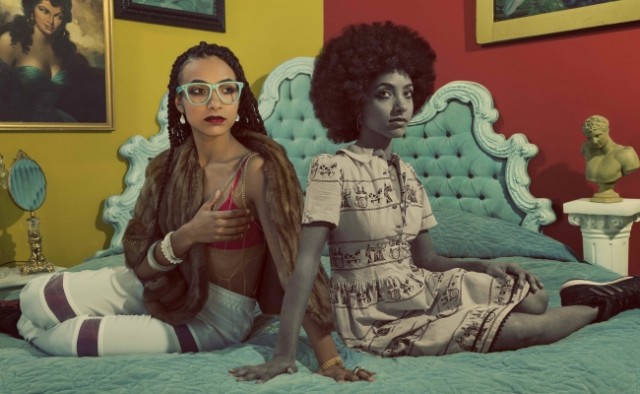 Hear all 5 Songs We Can’t Stop Listening to:

Every week we ask one artist that we love to talk to us about one song that they love. Esperanza Spalding has won four Grammy Awards and her new album, “Emily’s D+Evolution” will be available March 4.

Justin: I love that you picked that song. Why that song?

Esperanza: Style. I don’t think that anyone has MF Doom’s style at all. Nobody has his style. Not even close, because it’s so individual, you know? Just like everybody who has quote, unquote “Style”. And what I love, I mean, I can’t say mostly, but what I really love about his work in particular is the unfettered individuality. You know, you really feel like we’re having an experience with another human, just as he is. It feels really honest and really direct. That’s how I hear it, that’s what he meant, and there’s not a lot of fluff around it. I mean, I just think that everyone is their own style, really, if you spend the time to honor the totality of their particular body of work. He feels like a liberated artist. The way that he creates his poetry is something to strive for, you know?

2. MONEY – ‘You Look Like A Sad Painting On Both Sides Of The Sky’

MONEY’s music is increasingly focused on the dark and bleak. This new album is titled “Suicide Songs.” The tracklist includes songs like “Night Came” “I’m Not Here” and “Hopeless World.” The album’s cover is a black and white photograph of lead singer Jamie Lee with a knife that seems to be sinking into his forehead. And even in this song Lee sings about being buried.

And yet, I find it strange that an album surrounded by so much darkness could produce a song that is so full of life’s beauty.

3. Charlotte Day Wilson – ‘After All’

You know that drum fill in Phil Collin’s “In the Air Tonight?” You know the one, your listening for basically three and a half minutes just waiting for this.

When you hear it, That’s a great feeling. That’s satisfaction. There is this part in this song that I go crazy for just like that every time . It’s this horn line.  Every time it comes up I just wanna CRANK this song. It’s a great example of how exciting the feeling of anticipation can be in a song. Listen for it here.

This week I got in the studio with our very own Tarik A.K.A. The Architect.

Tarik Moody: Well the gentlemen that I’ve been really feeling now for the last two years is Anderson .Paak. He has this song called “The Season/Carry Me,” which is the song that I am loving.  Anderson .Paak, let me put it this way, he the best of Kendrick Lamar and D’Angelo wrapped in one package.

Justin: Man that is high praise right there. What do you like about Anderson .Paak? What is he doing that is different and innovative?

Tarik: One thing that I like about him which is his willingness to collaborate with so many varieties of artists and producers. My first chance to really hear him was with a track with TOKiMONSTA called “Realla,” which is just amazing. That is when I first heard Anderson .Paak. Then I checked him out more when he released an album “Venice” back in 2014. What you see is a glimmer of greatness in that first album. Malibu, his sophomore album, is just a standout release. Everyone is talking about him, and he’s an amazing live performer, he plays his instruments, he’s a producer, composer, arranger and just one of a kind artist.

Tarik: It’s the perfect song to introduce Anderson .Paak. It highlights his lyricism and songwriting ability. Basically, it’s a song that is broken up into two parts. Its one direction is a little more soulful than the other direction, has a little more of a hip-hop feel. Listen to this and you will be a fan instantly.

Even if you are just a listener because there are times that we all feel like we are the only people feeling this way. You know, you feel hurt and you think “I’m the only person that hurts in this way.” And that’s not true. You just need to listen to music to find out that thousands and thousands and thousands of other people feel that way. And listen to it. And connect to it. And also feel that way. It’s empathy. Everything is empathy. And listening to music is the most empathic thing that you can do.

Because instead of saying, “Why don’t other people understand how I feel?” You are understanding how somebody else feels. And that makes you feel understood too.