5 Songs We Can’t Stop Listening To with Jack Garratt

5 Songs We Can’t Stop Listening To with Jack Garratt 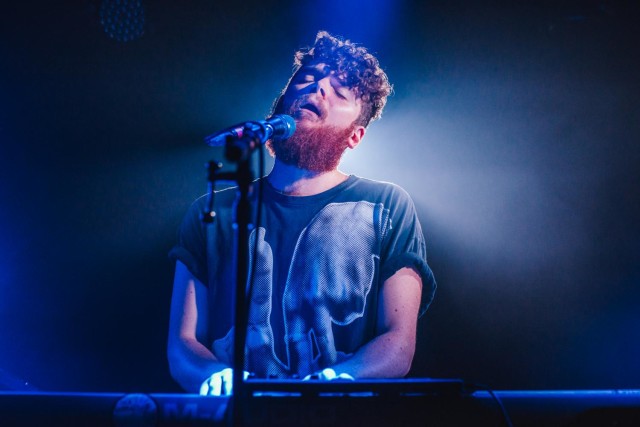 Hear all 5 Songs We Can’t Stop Listening To here:

Every week we ask an artist that we love to tell us about one song that they are listening to. This week we cought up with Jack Garratt.

Jack Garratt: I was driving into Chicago yesterday and I put on Acid Rap by Chance the Rapper. Even though I listened to the whole record, the only thing I had in my head was “Good Ass Intro” because it is one of the greatest intros to any record I’ve ever heard, and it’s just a beautiful piece of music.

Justin: What makes “Good Ass Intro” better than other intros?

Jack: I mean, kind cause it’s exactly what it says on the tin. It’s a good ass intro. But also, it’s aware of itself. It’s a bit tongue and cheek. It’s confident and it points almost a little arrogant because it’s just funny and it laughs at itself. But it’s fun. That’s the great thing. It’s fun music. It’s good, it’s well-written, and it’s got good intention. And it really speaks for itself. It’s got absolute truth in it. And it’s not fun in the sense that it’s like cheap or it’s been bastardized.

Justin: For sure. And that’s totally what that album is for me. That’s always what I’m trying to explain to people. The guy is just living it. You know, he’s not trying to do anything.

Jack: The dude’s got being in the moment as a studio recording down.

Like a lot of people I grew up singing music in church. I loved it. I love singing. It just feels good to belt out a song, to carry a harmony, to just let everything out.

And there’s really not a lot of places outside a church where you are encouraged to sing with others, and I think that’s a real shame.

Because I think that singing with others is a magical thing, it’s like musical therapy. It’ll do you good. And I think that listening to a song like this, and hearing its chorus, singing full and loud, is musical healing.

It would be great for a montage scene in a movie. Imagine our hero, just starting on this journey. All the odds are against him, but he believes, he has the dream, so he’s fighting and fighting, willing himself to get better, and train harder, and learn more, so he can accomplish his goals, and he’s doing it, He gets stronger, the hard work is paying off, he beats the bad guys, he is triumphant.

And that protagonist can be you. Don’t be afraid to pretend while listening to this song. You are the hero. You’ve got the world against you, but you’re fighting every day to be better, to do better, to reach those goals. Let this song be the soundtrack to your hero’s journey.

Justin Barney: From the music desk at 88Nine Radio Milwaukee. I’m Justin Barney and I listen to everything. This is 5 Songs We Can’t Stop Listening To and I’m here with Dori Zori.

Dori Zori: Well hello, Justin Barney, thanks for having me.

Justin: Thanks Dori. Dori, what is one song that you can’t stop listening to?

Dori: The song is called “Bad Habits” from The Last Shadow Puppets. This song has sparked my interest again in weird rock ‘n’ roll music. First of all, Alex Turner, from the Arctic Monkeys, and his best mate, Miles Kane – that’s who the two members of this band are. And they haven’t really made music together for a long time. I think their first album was in 2008, and I don’t think they planned on making more music. It was kind of a side project that they did and then about a month ago, they started teasing that a new project was on the way. And I thought, you know, it would be good. This is like dirty rock ‘n’ roll good to me, which I love. To me, it sounds like those late night smoky bars that you used to go to to see bands, and maybe you’d wander in there and not know who the band was, and you’d be sitting with your friends chatting. Then the band would take the stage and from the first note, it would get your attention. That’s what I like about the song. There’s like weird rock ‘n’ roll guitars. It sounds like there’s strings. Are there strings?

Justin: Yeah, there’s like this scary string section in it.

Dori: Yeah, it kinda sounds like a tooth ache. But I love it! And then it’s just like these sexy vocals that come over, talking about bad girls, I guess, or bad relationships. And that’s what Alex Turner’s really good at writing songs about, about his relationships with women, and they always make me want to be that woman.

Justin: It seems like you have a special interest in Alex Turner.

Dori: I do. I’m a big fan of the Arctic Monkeys, so I pay attention to what Alex Turner and the other members of the band do outside of Arctic Monkeys.

Alright, let me just talk about Milo for a second. Milo: born in Maine, college in De Pere WI, moved to LA for a bit, and is now back, and making music in the greater Milwaukee area. His newest album “So The Flies Don’t Come”: Number 26 on Rolling Stones 40 best Rap Albums of 2015. 7.4 on Pitchfork. An 8 on the Needle Drop. Milo is for real and when he speaks we should listen.

And that’s where his power comes from. He challenges the ideas of masculinity and black masculinity by exposing their constructs and simply standing as his own example.

As an educated man, Milo doesn’t hide it or leave his education as a-thing-that-he-did-to-get-a-degree-on-time, he applies his education to his life and his art. He doesn’t simply seek to play the role of musician or artist, he lives it. His art improves music as an artform, and as listeners it improves us.