5 Songs We Can’t Stop Listening To with Milo

5 Songs We Can’t Stop Listening To with Milo 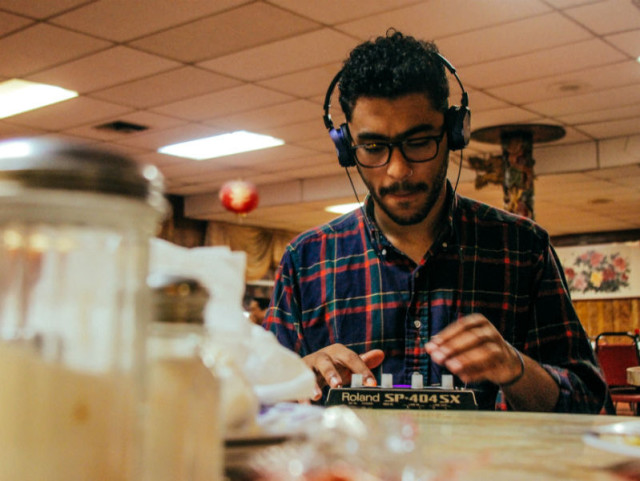 We are in the midst of a movement. #Blacklivesmatter is a social, political, and cultural feeling. In literature, Ta-Nehisi Cotes “Between The World And Me,” a book explaining the reality of what is to be black in America is a #1 New York Times Bestseller. Despite #oscarssowhite, “Straight Outta Compton” grossed over $200 million — a smash hit with viewers and critics alike. “Hamilton,” a musical that’s about American’s earliest history through the lens of hip-hop, is setting unprecedented sales on Broadway. Kendrick Lamar’s “To Pimp A Butterfly” reached a critical consensus as the album of 2015 and, I almost forgot to mention, our President is black.

And with all that Beyonce released this song, and performed it at the largest televised event of the year. The whole world was watching.

There are movements in music, movies, books, politics, theater, sports, television, culture, academics, and daily life. The black experience is in the forefront of American thought. It is the conversation.

Black America is speaking. It’s time to listen and get in Formation.

Every week we ask one of our favorite artists to come in and tell us about one song they love. This week I caught up with milo. Rolling Stone recently named his most recent album “So the Flies Don’t Come” one of the 40 best hip-hop albums of 2015.

Justin Barney: Milo thank you for being here, what is one song you cannot stop listening to?

Milo: I heard it for the first time in Oakland when I was cooking breakfast. And like it was really foggy and beautiful. The way that her vocal is on that song is pristine. Then, later I heard it was a freestyle and I was like, “oh my gosh the energy explains everything”. The energy on it is purely uninterrupted. It’s an excellent song.

Justin: What about her vocal delivery is different?

Justin: And I love that. I’ve talked about that on air before.

Milo: Oh dope, thank you. Yeah, like I love Guru and rappers like that. She just peels it back a little bit. It’s not so much like whip my hair. It’s just her really like hitting that beautiful, just intense personal energy like it feels very confessional but like what she’s saying is actually kind of pointed like very you know, I don’t care, it’s whatever,  this is me.

These are the sounds of Kelsey Lu’s cello.

Those are the sounds of Kelsy Lu’s voice.

They are an unlikely duo. The cello is an unusual solo instrument. Four strings. Low pitch. Stark. Unconventional.

Together they produce something totally original. A sound that is moving, beautiful, cathartic, and resonant.

This week, afternoon host Marcus Doucette stops in and talks about one song he loves.

Marcus Doucette: Actually it’s a song that I’ve been digging for most of 2015 and it’s from a group out of the Congo. They’re known as Mbongwana Star and this tune “Malukayi” is just an amazing mess of wonderful Congolese vibes.

But it’s an interesting outfit, it’s one of these stories that’s born out of like, you know, bad things happen and then good things come out of it. There was originally a group out of the Congo, Kinshasa the capitol, named Staff Benda Bilili. Their interesting story is that they’re all paraplegics and they’re making music on the streets in Kinshasa and just doing it because that’s what they do. I can’t imagine that they made much money but somehow they were discovered by a producer who really wanted to capture their whole vibe.

And they are doing it all on these DIY instruments. Guitars made of bicycle spokes, just crazy stuff and you’re like, man, a hard scrabble, you know? So they get found, they make an album and it’s really good. They start making this movie and then like the industry just tears them apart.

These guys are surviving on the streets of this Third World country, and the industry just destroys them and just tries to take their soul and water down and really project their idea of what Congolese music really was. So they break up and then they come back together, at least a couple of the members do, and they start this group called Mbongwana Star. And not only do they pick up where they left off, but they take it one step further.

They got a new producer who rounded out their sound with all these wonderful dub effects and they collaborated with all these European musicians. And their album is deep, it’s transient, it’s not what you would think of when you think of a place like, I don’t know, the Congo, and maybe you don’t think of anything when you think of the Congo. But this song, it just keeps turning and moving, and it wraps me up in this dark cloak of mystery that makes me feel like I’m really in a place far, far away like some African future space program. I don’t know, it’s awesome, I love it.

5. Blind Boys of Alabama – “Mother’s Children Have A Hard Time”

Ten years before Delta Bluesman Robert Johnson ever recorded, there was another Texas guitar man with the same last name. Blind Willie Johnson recorded in Texas in 1927 and went on to influence Bluesmen Robert Johnson, Son House and Charlie Patton. And later to influence Bob Dylan and Led Zepplin. You can still hear his music in Jack White, The Black Keys, and so many other artists today. His music is on The Anthology of American Folk Music, and one of his songs is even on NASA’s Gold Record on Voyager 1, some 13 billion miles from earth.

He is such an important artist to our musical history, and yet, we hardly know anything about him.

What we do know is that Blind Willie Johnson was born in 1897 in Pendleton, Texas.  He lived in Huston’s Red Light District for a while. He played and lived around Texas. He recorded 30 songs for Columbia from 1927-1930. And he passed away in Beaumont, Texas in 1945 at 48.

One of the only pieces of personal information we have on Blind Willy Johnson is that his mother died when he was a boy. Andan abusive stepmother intentionally blinded him. Which makes this song, now beautifully re-remembered by The Blind Boys of Alabama, so much more powerful.

Blind Willie Johnson is getting the honor he deserves. “God, Don’t Never Change: The Songs Of Blind Willie Johnson” is being released and his songs are being re-remembered by Tom Waits, Lucinda Williams, The Blind Boys of Alabama, and more.