5 Songs We Can’t Stop Listening To with Rufus Wainwright

5 Songs We Can’t Stop Listening To with Rufus Wainwright 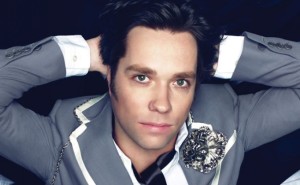 Albums can be recorded in one of two ways: in mono or stereo. In mono, you are listening to one channel. The same thing is coming out of both headphone ears or both speakers or whatever. Most older recording were done this way, and people still record in mono if they want it to sound like an older recording, like this song kind of does. Most mono recording was pushed out by stereo.

In stereo there are multiple channels, so you can hear different things on either the left side or the right side. And it’s really great. You can do a lot more with stereo.

I didn’t really know – and wasn’t really paying attention to how many channels this song had — and then I got to 1:50 into the song and this happens. And I loved it. It’s so clever and cool. I stopped what I was doing and I just paid attention to the song. And if any song can make you stop what you are doing and listen to it, that song has done something right.

In the documentary about Nina Simone that I recently watched on Netflix, at one point Nina Simone said, “How could you be an artist and not reflect the times?” Songs commenting about current events goes back before even recorded music with “Ripped from the headlines” folk songs like “Pearl Bryan” and call and response spirituals, to modern songs like, “What’s the Frequency, Kenneth” by R.E.M., to the new Kendrick Lamar album. But few are as up to date as this SWMRS song.

And this is about Miley Cyrus. She’s an easy target for many. She’s controversial, she’s ubiquitous, in the spotlight, she wants to push the envelope. For these reasons, lots of people love to hate her. But not SWMRS. They see the other side of the coin. They say Miley Cyrus is a punk rick queen. “She’s Sisyphus eating in a corporate scene.”  She’s #freeingthenip, she’s open about smoking, and she’s not backing down. You can love her or hate her. Either way I think we can agree this song about her is pretty amazing.

The thing about this segment is that I get to listen to each song like 20 times as I’m picking it out and writing about it. So I have already formed a relationship with the song, and as a listener, you are hearing it for the first time.

This is the kind of song that is rewarding on the first listen. But if you stick with it, every listen reveals a new lyric that you’ll decipher. You’ll notice a new instrument coming in at a new place, and the whole thing will wrap you up more and more with each listen.

Every week we ask an artist to tell us about one song that they can’t stop listening to. This week we asked Rufus Wainwright.

Rufus Wainright: I’m really obsessed with this artist Judee Sill right now. She’s from the 70’s and she wrote a song called ‘Jesus Was a Cross Maker.’ And it’s a fabulous song. She died too young and was basically a troubled soul. And she worked a lot with David Geffen before Joni Mitchell, so she’s this very unusual artist that I’m really enjoying right now. You know me, looking for the dead people, as usual.

Kacy Hill is a former American Apparel model and backup dancer for Kanye West on his Yeezus tour. She was signed to Kanye West’s G.O.O.D. Music record label. This is her first single, and it’s truly an introduction.

It’s kinda like that. It’s kind of fragile and meek, but you end up seeing that it has a lot of character.