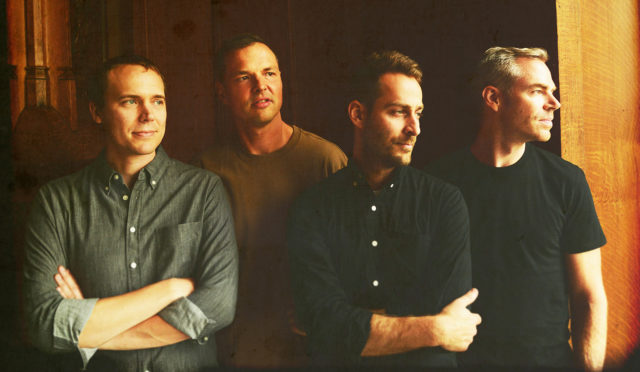 Our guest today is Mike Kinsella, lead singer of American Football. American Football is band that was formed in Urbana, Illinois in 1997. In 1999, they released their self-titled album which has become a cult classic. It was kind of responsible for starting the genre of emo. It was right at the beginning there and they have continued to be extremely important artist, not only in the genre but in music at large.

Mike Kinsella also has ties to Milwaukee with the band Promise Ring and he toured with Maritime as well. American football just released their third self-titled album “American Football” this past Friday. My guest today is Mike Kinsella, lead singer of American Football.

Justin Barney: Mike, what’s one song you have been listening to a lot recently?

Mike Kinsella: The band Land of Talk who, Elizabeth sings on one of the songs on the new record, what’s it called… [laughs] Oh yeah, “Its Okay” is the song that I find myself going back to every couple of weeks sort of like whenever I have alone time and I’m not sort of, doing chores around the house or something and I have time to reflect, it’s my go-to song.

Justin Barney: What do you like about the structure of the song or how it sounds?

Mike Kinsella: It sounds like it was painful to record even, like her voice on it.. There’s a moment, it’s just a couple bars on the song, you just hear her exhale, sort of in like.. Ahh it’s unbelievable, it’s crushing. It’s like you put mics in front of her and somebody is gonna make you document this thing you don’t even want to sing about. That’s how much it hurts. Yeah, it’s incredible.

2. Justin Barney Picks “I Want to Be a Banana” by Jazzrausch Bigband

Song two this week is my pick. One song I can’t stop listening to is, “I Want to Be a Banana” by Jazzrausch Bigband. So, I was at SXSW recently and everyone asks you at South By, “What was the best show that you saw?” I saw 37 shows, so the best band that I saw was Jazzrausch Orchestra.

We saw them on late Friday night at like, two o’clock in the morning. We had been bouncing around from shows and we met up with this group of college kids and they said that they were going to see this jazz band play at this club that was way far away from everything. So, we go and we walk out to this spot. It’s called The Elephant Room, far off the path of everything else and we walk down the steps to the basement of this jazz club. And at the door there’s the doorman. He’s like, 60 years old and he looks like he can be the doorman of like, a club in like Prague or something like that. He’s got these glasses on and he’s just… He’s got them way down at the end of his nose. I mean he could’ve been born there and working there since the beginning or something. And so, he lets us into The Elephant Room and the walls are wallpapered in dollar bills. This thing is the size of a sardine can. I mean, maybe you can fit 60 people in this thing and at the front of it all is a 15-piece big band playing techno music.

I didn’t even know this was possible. I didn’t even know that you could conceive a 15-person band playing techno music in the basement of this jazz club. It was wild, it was mystical, it was otherworldly, it was Jazzrausch Orchestra and my favorite song was this song, “I Want to Be a Banana.” 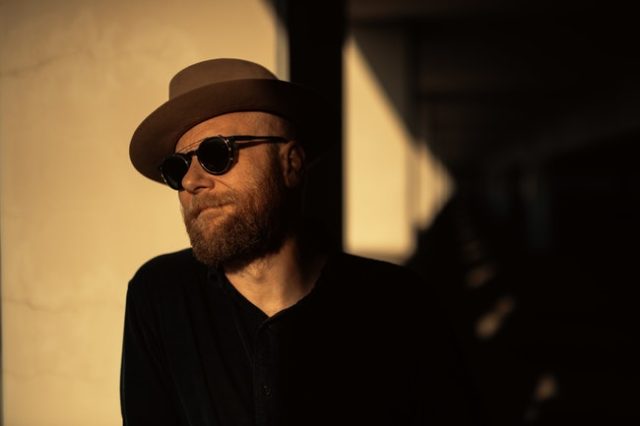 3. Mike Doughty Picks “This Could Be Us” by Rae Sremmmurd

Justin Barney: Mike, what is… What’s the last song that you couldn’t stop listening to?

Mike Doughty: Oh, I think it was um… “This Could Be Us” by Rae Sremmurd. I love that song.

Mike Doughty: Yeah, yeah it’s a great song and uh it’s um… That particular chord progression, “bum Bum BUM BUMP.” Is so… uh just one of the classic chord progressions and one that like, you use sparingly in your career. And like, Portishead uses it and Ray Charles uses it and… You know, it’s just this very sort of basic unit of popular unit. That chord progression and it’s such a beautiful song and so dark. And so, uh… You know, I kind of like this self lacerating vibe. The you don’t really love me vibe. Especially for rappers like, being vulnerable and being like really kind of very self destructively vulnerable. Which, is like a thing now. Um… I just think there are some very beautiful emotions coming out of that.

Justin Barney: Perfect, what is the name of the song and the artist?

Mike Doughty: “This Could Be Us” by Rae Sremmurd. R… a… e, space, s, r… It’s ear drummers spelled backwards.

Justin Barney: Thank you for that.

Justin Barney: I’m here with Web Editor, Nicole Beilke. Nicole, what is one song that you can’t stop listening to?

Nicole Beilke: Yeah, so I just heard this song that came out like, a month ago in March. A new one from Chicano Batman.

Justin Barney: I did not know that they had new music.

Nicole Beilke: Yeah, so they did a…

Justin Barney: I’m the Music Director, this is my job!

Nicole Beilke: And… Yeah, so they did this like, dual release. Just two songs and uh… So yeah, the first one Háblame is my favorite. They also, just came out with a music video to it.

Nicole Beilke: Like, some really cool animated vintage visuals that kind of tell the story of an immigrant child, who makes the journey to the U.S. kind of on his own. And it’s sweet, but sad and it’s so colorful and the song is upbeat and it’s just a whirlwind of emotions.

Justin Barney: If there’s anything we need right now it’s some Chicano Batman.

5. Justin Barney picks “The Whole Of The Moon” by Kirin J Callinan

Song five this week, the final song this week is my pick. One song I can’t stop listening to is “The Whole Of The Moon” by Kirin J Callinan. Kirin J Callinan is a guy that I saw at SXSW two weeks ago, it was one of my favorite discoveries. I saw 37 shows at SXSW but I saw one performance. And that performance was by this artist. He got up there and he said, something along the lines of “I remember my first SXSW, and here I find myself an elder statesman.” And it was a performance, it was a bit of a monologue and right away I was just like “I am into this.”

He had something that you cannot learn, you cannot be taught. Something is in his soul that is a performer. Even at the end of his set, he asked how much time he had, he got midway through the song and they actually they cut him off! They turned the sound off his mic, they turned it off, they turned the lights up and he just kept going. He did the entire thing a capella the last song he just stomped out the beats and did the whole thing by himself. It was the greatest performance that I saw and he won me over forever, I’ve been listening to the song ever since. This is “The Whole Of The Moon” it’s a cover of The Waterboys, but it’s all Kirnin J.