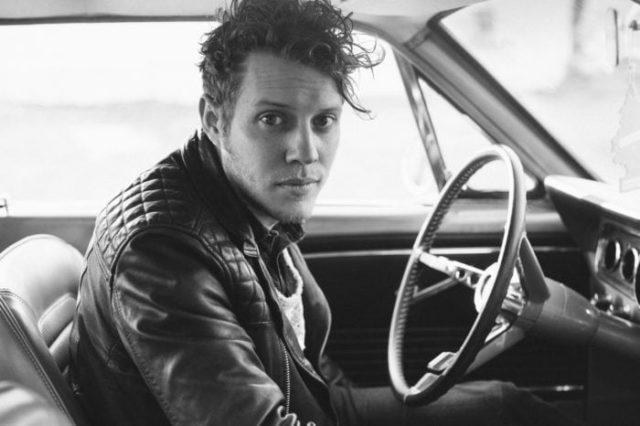 1. Anderson East picks “She Even Woke Me Up to Say Goodbye” by Jerry Lee Lewis

Anderson East: The last song I couldn’t stop to was “She Even Woke Me Up to Say Goodbye” by Jerry Lee Lewis.

Justin Barney: I love a song that has the whole story that’s in the title, you know? What’s it about?

Anderson East: It’s about this woman that’s leaving and she pretty much…it’s not her fault. It’s all in her mind, and she even wakes him up to say goodbye.

Justin Barney: Do you like that it’s a story song, or do you like the musical structure or what?

Anderson East: It’s both. I mean killer lyric, and then Jerry Lee’s performance on top of it is unreal.

Justin Barney: What is it like? Just Jerry Lee ripping?

Anderson East: Just you know, kind of mid-tempo waltzy country tune. The piano just kind of trickling away in the back and his voice right up in front. It’s killer.

Song two this week is my pick — “Xanny” by Billie Eilish. No one’s star is burning as bright right now as Billie Eilish’s, and I am not impervious to her charm. In fact, I am absolutely obsessed. I have listened to her album “When We All Fall Asleep Where Do We Go” nonstop for the past week.

This song is practically a jazz song. It could be a standard. You hear her intimacy to the microphone, and her character comes through that. And then it has this huge production, as well. It has this plaintive restrain and then these big highs. Also, the message is not doing drugs. It’s a really good message coming from a 17-year-old popstar. There is nothing not to like about this song. 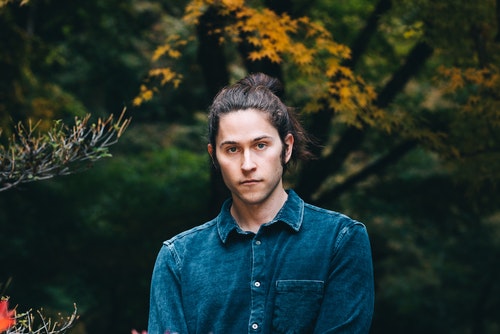 Justin Barney: Jackson, what is one song you can’t stop listening to?

Jackson Stell: This song right off of “Currents” – “The Moment” is one that I constantly come back to and just really love. It’s got this soaring chorus, there’s something about the melody that never gets old to me. That’s always like to me a sign of a really great song.

Justin Barney: What about the melody? What does it sound like? Could you hum it?

Whenever I think of that, I think of like ascending somewhere, and you’re like getting super close to it and it keeps on kind of being allusive and moving farther away. Whatever, like it’s metaphorical but I just love the idea of this kind of ascending chorus and melody. It’s just what that song makes me feel.

4. Program Director Jordan Lee picks “You Are That Special One” by Marvin Gaye

Justin Barney: Jordan, what are you listening to?

Jordan Lee: Okay, it’s not a song it’s a whole album. I’m listening to “You’re the Man” by Marvin Gaye.

Justin Barney: Tell us more about this record, because it’s a special one.

Jordan Lee: Motown announced that they were releasing this scrap album on Marvin Gaye’s 88th birthday this year. Super cool.

Justin Barney: Why was it never released?

Jordan Lee: Well, the stories are varying. The official story is kind of vague and generally saying it wasn’t performing well. And they wanted to do something different because previous albums had been a change of course and blah blah blah blah.

Jordan Lee: But the truth of it, from what I’ve now been told, and from what I now have absorbed from listening to this record, it was way to politically progressive and challenging the status quo. And I would assume putting a lot of heat on the folks at Motown because of the power that music had in 1970, 71, 72, 73. I mean, this was a big time for black folks and Marvin Gaye was at the peak of popularity at this time. I mean, Hoover was saying back in the day, you know one of the greatest “threats to national security was the unity of the Black man.” I mean, this is what was happening in America at that time, and he’s challenging the President. He’s challenging foreign policy. He’s challenging sexism. He’s challenging all these things that, ironically, are extremely valid right now at this point of time in America.

Justin Barney: Totally, so perfect time for it to be released for the first time.

Jordan Lee: Perfect time for it to drop. Yes, there’s song about how great it would be if we had a woman run for president. There’s songs about how important it is for folks to stand up for what they believe in. The title track “You’re the Man” is pretty much saying “I’m not allowed to speak against you, because you ‘president,’ you ‘leader,’ you ‘politician.’  You’re the man, you make the call. If I speak against you I’m going to get taken out.”

Justin Barney: Dang, so what is a song in this that resonating hard with you right now?

Jordan Lee: Probably because we got a new little girl in the house, I’m going to pick “You Are That Special One”

Justin Barney: When you said the title I was like “I bet I know what this is about.” (laughs)

Jordan Lee: It’s perfect. I mean, Sheri, my wife, and partner, and just best friend in the world, she loves this song and also, again, there’s this moment in time that songs remind me of my children at certain points. And for me, having Viola and then this record coming out, I will always remember this song for the rest of my life.

5. Justin Barney picks “Cuz I Love You” by Lizzo

Lizzo’s album “Cause I Love You” is finally out, and this is the title track. When I saw Lizzo play at SXSW in Austin she started the set with this song, and my friend took a video and you can hardly hear Lizzo because there’s just me in the background going “Oh my GOD! OH MY GOD!” Because it is such an amazing way to start a set, and it is such a monumental song.