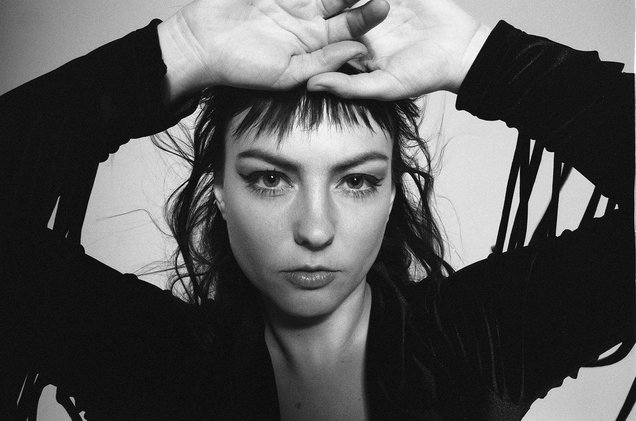 I’ve been a huge Angel Olsen fan since her 2014 album “Burn Your Fire For No Witness.” Then there was “My Woman” in 2016 with “Shut Up, Kiss Me.” My heart! And this year she released the fantastic “All Mirrors.” My guest today is Angel Olsen.

What’s one song that you can’t stop listening to or has been around you?

I’ve been listening to a lot of, have you ever heard of…  I don’t know if I’m saying it right, The Alessi Brothers?

Oh yeah! For sure, LCD Soundsystem-inspired.

That song just on repeat. It’s kind of driving me crazy because I’ll just be somewhere and like the rest of the record is so not my style. I’m like not super into it because it’s just over the top cheese, but that song just, to me it’s just all about never being home and I can really relate to that and it’s really beautiful as well.

I love about The Alessi Brothers that like the brother that is singing, that’s doing the vocals has a lisp that they don’t put any effort in hiding it or anything. They just go with it and I love that little imperfection is just so beautiful.

Yeah it kind of reminds me, there’s another song also same time period ’70s, brothers, they recorded in their dad’s studio and it made this, the song was called “Oh Baby” or something, but it was like everywhere and every movie when it came out. Kind of the same situation, brothers, that time period, and kind of singing out of tune, but it worked really well.

How did you come about The Alessi Brothers’ song “Seabird?“

My friend was visiting from out of town and we just like played a bunch of music and just we were both going through kind of a hard time and we were just playing each other’s songs, like he been listening to this stuff and I’ve been listening to like a totally different spectrum of stuff.

He played this one song which I can’t find on the record, probably have to buy the actually record, so sad. It’s by Flaming Tunes called “Nothing On,” which I really loved. Just playing new stuff, I need some new stuff every now and then. I get tired of listening to Neil Young and now I can only really listen to records on my phone which is really sad, but I’m gone a lot.

My friend who plays bass with me, Emily use to be a DJ and she’s got all of her records in storage just for being on tour. I think once things slow down it would be really fun to have a DJ night when we can hang and have a party.