Angie McMahon on the unique joy of crying on a plane

Angie McMahon on the unique joy of crying on a plane 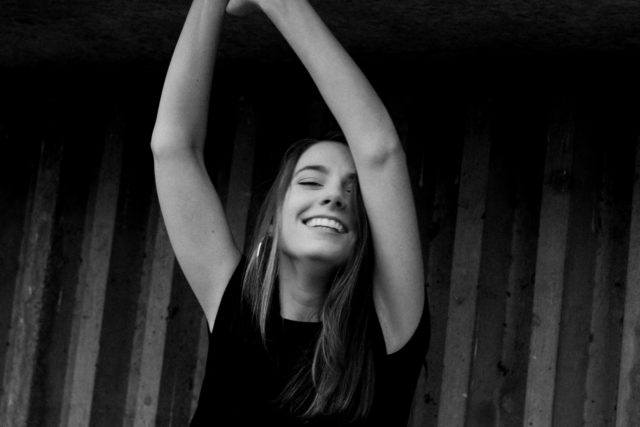 My guest today is Angie McMahon. She is from Melbourne, Australia, which is where she’s calling from. She released this album this year called “Salt” and we’ve been playing the song “Slow Mover” and it’s been one of my favorite songs of the year.

So, what is one song that you can’t stop listening to?

I think I would have to say it’s “Transatlantic Flight” by Leif Vollebekk. I don’t know if he wrote it on a plane, but I’ve been on planes a lot. I listen to it as the plane is landing and it’s this cathartic, almost sacred experience. But now I just listen to the song all of the time. It’s beautiful.

I love when songs have a very specific memory. Can you tell me about where you were the first time you listened as the plane was landing?

Okay, well, I’m someone who likes to cry. I love crying. I’m so about the release. I find that on planes, often that can be a really good place to cry even though it may freak out the people around you.

It’s something about being so high in the air and moving, but being in one spot for so long. So I was really looking forward to this flight cause I hadn’t had a chance to cry in weeks and I had this stuff going on in my relationship and I felt like I just needed to cry. It was like a 10 hour flight and I spend the whole flight wishing that I was in that space where I was processing things and my emotions were flowing, but it just wasn’t happening. So I kind of gave up on the idea and forgot about it, and then as the plane was landing that’s the song that I put on and that physical descent of that last few minutes of the plane landing from a really long flight with this incredible flow of an orchestra, and Leif has one of my favorite voices. that’s when it really shifted for me. And I was like, “Oh my god, I need this song and this moment.” Unforgettable. I’m glad you asked me cause that was a big moment and I really needed to cry.

I love that! I am a big crier too.

It’s the best thing ever! We love to cry.

We love to cry.

Okay, what is the song?

It’s called “Transatlantic Flight.” I’m not sure if he wrote it about what we’re talking about. It seems like a romance song. It may be about being on a plane. Actually the last few lyrics of the song he is just singing, “I am a prisoner.” But it’s so beautiful and with all these strings. It’s so gorgeous.