Arabian Prince on the unlikely song that formed N.W.A.’s sound

Arabian Prince on the unlikely song that formed N.W.A.’s sound 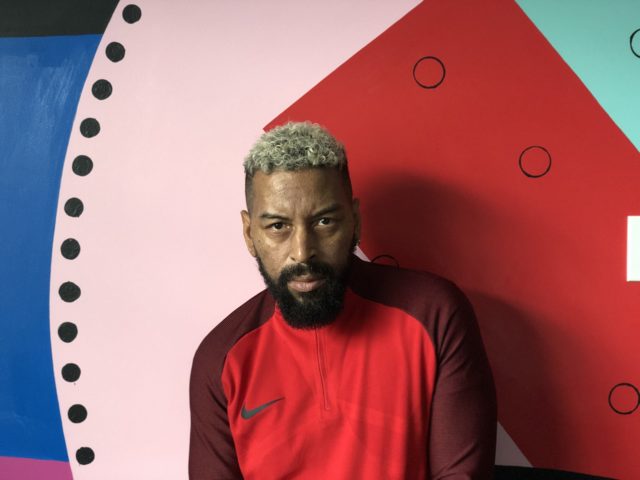 N.W.A., of course, is the rap group from Compton, Calif. You might know their songs “Straight Outta Compton,” “F**k Tha Police,” “Express Yourself,” and many others. Arabian Prince is also a member of the Rock and Roll Hall of Fame because of his work in that group. He has had a life-long interest in tech, which is why he’s in Milwaukee speaking at The Fall Experiment, at the Wisconsin Center. My guest today is founding member of N.W.A., Arabian Prince.

Arabian Prince, what is one song that you can’t stop listening to?

The one song I can’t stop listening to is a song that is part of what made my sound, and that’s Kraftwerk “It’s More Fun to Compute.”

How did you hear this song for the first time?

So, my uncle was in the military and he would come back from overseas with a bunch of vinyl. I’m this young kid that would be at his house on the weekends playing with all of this vinyl. I came across that record, and I’m like, “What the freak is this? Oh yeah, I like that.” Then when I got my hands onto a sample, or I start playing with it on the drum machine, I started making my own beats derived off of that sound from Kraftwerk.

How did it influence N.W.A. and your sound?

Most people just know about the gangster rap that came off the West coast. But all of us, you know, me, Dre, a buddy of mine Egyptian Lover, we all did what we call “electro-funk.” Which was break dancing and early pop-locking music, kind of like what they were doing on the East coast with Planet Rocks. Most rap and the history of rap was partly defined by Kraftwerk. All of the early rap was mostly dance music, electronic dance, and it came from Kraftwerk.

Yeah, people won’t admit to that sometimes, but if you go back and listen, you’ll hear Kraftwerk in a lot of early hip-hop.

Man, that song has got the most bangin’ beat on planet Earth. When that thing dropped, I don’t care what kind of music you’re into. If you dropped this song in any type of club, people just look up and go “What the hell is that?” Even people that don’t like Kraftwerk, or don’t know what the hell Kraftwerk is. You drop this beat and you’ve got to look up and get with it.