Arlo Parks is an elite songwriter. This is what inspires her

Arlo Parks is an elite songwriter. This is what inspires her 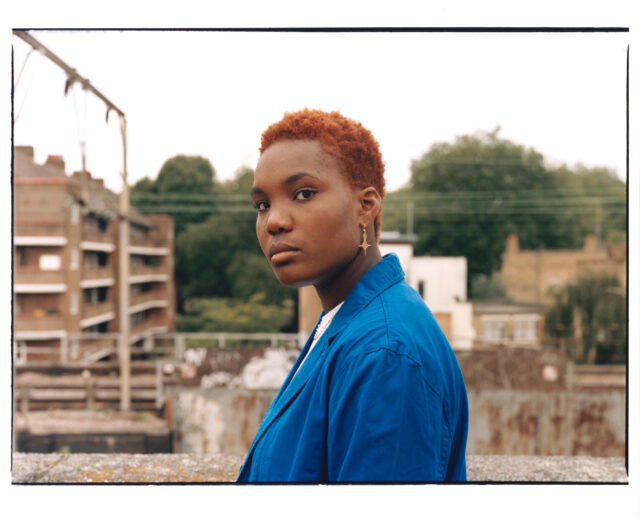 “I hold the Taco Bell and you cry over Eugene,” Arlo Parks croons in her song “Eugene.” And right there, you know what’s going on. It’s like you’re standing next to her watching the scene.

Every once in a while an elite songwriter emerges. Songwriters have staying power. Beats and melodies change with trends and time but a good songwriter can hold their own over a lifetime because good songwriting never goes out of fashion. Alro Parks is a great song writer. She’s here to stay. So we wanted to know what’s behind that songwriting.

What are you reading?

I read “Slouching Towards Bethlehem,” last year when I went to L.A. I felt like I needed to read some classic Joan Didion while going to California. It is a great book. This is kind of what I wanted to talk about, because the thing that sticks out to me about your music, as a fan, is the writing. You’re an incredible songwriter. When did you start to realize the beauty of words?

It felt like it was embedded in my DNA. From the age of 7 or 8, I was writing short stories, and I just never really stopped. When I was a teenager, I would write plays, and I’ve always just been completely mesmerized. I come from a family of readers, but I don’t really know where this came from because it’s not to the same extent that I obsessed over books and poems. It came from within.

I would love to hear about a story that you wrote when you were 7 or 8. Do you remember the title of one?

I can’t remember what it was called, but I do vividly remember writing this story that was almost a “Bonnie and Clyde” rip off. Two kids ran away from home and were trying to find treasure in some kind of desert. My imagination was quite wild. It wasn’t based on anything that I was living. I just liked telling stories.

How did it end?

My attention span is not great, and I can’t even remember if I saw this story through fully. But, I do remember this scene where one of the kids got on this train, and the other one was running after him and couldn’t quite get on. I think that’s how it ended. Oh God, that’s quite bleak.

What do you write about when you’re 7 or 8? Running away. What else is there? Staying at home? Who are some of your favorite poets?

I really like Audre Lorde and Gary Snyder. The first poets that I got into were the beats, which I think is quite a teenage thing in general. I was reading “Howl,” by Allen Ginsberg, and was like, “wow.” I had a period of time where I was reading a lot of romantic poetry, and then I kind of fell out of love with that a little bit. I would say what I read was mainly American, like Frank O’Hara, Diane di Prima and Sylvia Plath.

You fell out of love with romantic poetry… There is something romantic about that, you know?

Yeah. I think I started gravitating toward poems that felt more visceral and almost brutally emotional. I was reading things like Byron or Wordsworth, and it just felt a bit too flowery for me. I wanted something that had a little bit more muscle to it, you know?

Have you read any Hanif Abdurraqib?

Oh my God, you just threw me right back. I was obsessed. I loved him. I have his book actually.

Poetry can be a tough thing to find, especially when you want it to reflect reality, because poetry is kind of inherently romantic. As the culture has seen that romance doesn’t really work like it does in poems, to find someone who reflects reality and still carries that romance in their heart through their words, I think is really difficult. Abdurraqib does it, and you do it in your songs. What appeals to me in the songs are those details that paint a picture and put you in the space that tells a story. It can be a tragic story or a happy story, but there still is a romance in your heart.

Oh, I definitely agree. A lot of the reason why I write is to paint a picture and attribute a sense of beauty to realism. I’ve always been quite an observant human being. I’ve always been somebody who picked details out of situations, whether it was the way that someone’s hand moved or the print on somebody’s shirt. I’ve always gravitated toward it in other people’s writing as well. I think that’s why I love artists like Phoebe Bridgers. They seem to have that inclination toward being hyper-specific and making it feel universal.

A detailed observance is some of my favorite poetry. Who are some other songwriters that you think embody that writing in their music?

I think I saw it in Patti Smith. I saw it in Frank Ocean. I saw it in Elliott Smith. When I was younger, I gravitated toward a lot of guitar-based things. You know, “In Rainbows” by Radiohead was one of those records for me that conveyed detail in different ways. I always gravitated toward artists with a simplicity, but an underlying complexity to the way that they wrote. I think that’s why I love songs like “House of Cards” or “Nude” by Radiohead, where it’s so stripped back, but the emotion is so raw. You can see it as if you’re looking down the lens of a camera.

What is your favorite song from “In Rainbows?”

I think it has to be “House of Cards.” It’s the warmth. I think even just that opening line, “I don’t want to be your friend. I just want to be a lover, no matter how it ends, no matter how it starts,” there’s something so pure about that sentiment. I’ve always loved those warm, gooey guitars. I always feel so held when I listen to that song.

I love your focus on words and how you write. It’s the more difficult thing to do. You have to like the sound of a song first, otherwise you’re never going to penetrate into the lyrics. The people I want to have a relationship with, as a fan, are those that continually talk to me.

I agree. For me, there are those songs where the lyrics will strike you in a certain way the first time you listen to them. Then as you grow older and grow up with the songs, the meanings morph and warp into something else. But they are always important and relevant. Like with “For Emma, Forever Ago,” that Bon Iver record, I don’t remember when I first heard it. I was young, but all of it just rings so true to me now in a different way. That’s hard to do as well.

Was it natural for you to take that? It’s hard to turn that corner from respecting and loving art so much to decide to be an artist and join that company. Was it easy for you, or hard?

I think I just slipped into it, because I never really called myself an artist. I just started writing and making songs. It was never really conscious. I would start jotting things down, and then I would start making beats on GarageBand, and then I’d be like, “Oh, I might try and sing over this.” I never really thought it through too much. I think the fact that I didn’t overthink it meant that it was quite a fluid process for me.

That must be a key. You can’t get inside your head too much. What was a song on the record that you really enjoyed writing?

I think it was this song called “Caroline.” It just came flowing out so fluidly. The way that it came together was so organic. “Caroline” and “For Violet” were made in the same 24 hours. It was one of those days where it was a spike of inspiration. There was no kind of doubt clouding my process. I sang the melody straight into my voice notes and opened up my book of poems. It happened so quickly. A lot of the songs on the record, because they are so close to the bone for me personally, make the process of writing them quite painful. But then at the end, there’s that sense of contentment being like, okay, I’ve managed to encapsulate the feeling.

What is the feeling that you’re trying to convey? What do you think you were trying to do on this record?