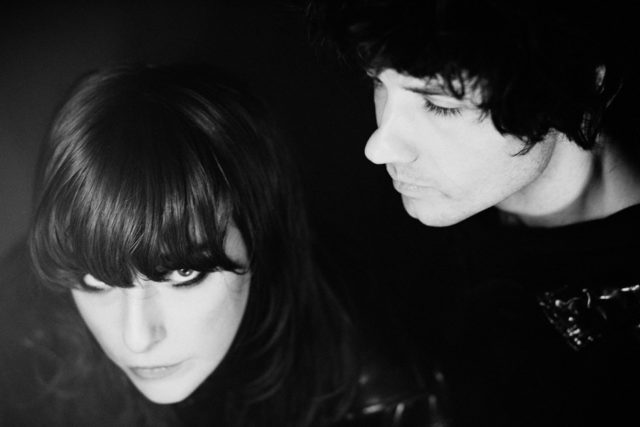 1. Beach House picks “A Case of You” by Joni Mitchell

My guest today is Alex Scally of Beach House. I remember buying the first Beach house CD from Exclusive Company in Greenfield. They have released an incredible amount of fantastic records: from “Beach House,” to “Devotion,” “Team Dream,” “Bloom,” “Depression Cherry” and their most recent album “7.” They are coming back to Milwaukee this Thursday, on Aug. 8 to the Riverside Theater.

Justin Barney: Alex, what is the last song that you couldn’t stop listening to?

Alex Scally: It’s called “A Case of You,” and it’s by Joni Mitchell.

Justin Barney: Okay, tell me about it.

Alex Scally: It’s from an album called “Blue,” which I think many people have heard of. I was introduced to it when I was a teenager, maybe 18 or 19 years old. I was working on a friend’s farm in Minnesota and he had a record player and we listened to “Blue” every single night. I absolutely fell in love with the record and listened to pretty often for a couple of years.

Then on the summer tours we have been putting on, somehow Joni Mitchell’s “Blue” came up. I just can’t believe how good this record is.

To me, the best song and most indicative of the whole record is “A Case of You.” And this song in particular is really gorgeous because it takes this idea of love and makes it about wine, which is silly but so beautiful. It’s a love song, I could drink a case of you and still be on my feet. She’s talking about the bitterness and the sweetness and all of these things that makes love, not the Hallmark love, but the really deep, crazy love. The whole story is about a tumultuous relationship between two people and how they can’t seem to get it to work, but there is this intense love through that. It just really perfectly encapsulates the feeling of the whole record.

I love when the Flaming Lips go sad. I think that Wayne Coyne has the perfect voice to express the kind of gentle sadness in his songs.

Coyne’s tone, one that I appreciate so often, is that by confronting darkness we can change it. In this song Coyne confronts sadness. In Flaming Lipsian fashion he does this by telling the story of a giant baby who grew into a giant little boy. The giant little boy looks into outer space and sees his mother’s face in a cloud across the moon. She died giving birth to the giant baby. Through that act the giant little boy understands that, “life sometimes is sad.”

Coyne is a modern day Aesop with an acid dripped cigarette dangling out of the corner of his mouth. As long as the Flaming Lips keep making records, I will be around the fire for his whimsical fables.

Chris Rosenau is a Milwaukee resident. He has been in bands Collections of Colonies of Bees and Volcano Choir, among many others. Recently he has collaborated with Nick Sanborn of Sylvan Esso and they have a new project called “Rosenau & Sanborn.” They released a beautiful album called “Blue Bird” and they will be playing together this Friday at the Back Room at Collectivo.

Justin Barney: Okay Chris, what is one song that you can’t stop listening to?

Chris Rosenau: One song that I cannot stop listening to, especially this week, is the song “Strange Magic” by the band ELO, Electric Light Orchestra.

Justin Barney: You know, I heard that song when I was playing pool at Club G’s like two weeks ago, so why?

Chris Rosenau: It’s a couple reasons. First, I just saw them at the United Center in Chicago, so ELO is just generally in my head. But honestly man, that song has been stuck in my head since the first time that I heard it. It’s such an insidious, weird tune and I get it stuck in my head all the time so I thought it was a perfect one to talk about for this.

Justin Barney: What about it makes it insidious?

Chris Rosenau: I don’t know, Jeff Lynne is just constantly talking about this strange magic and I don’t know what it is, but I know that he is desperately trying to relay something to me and I just still have no idea. But it’s got everything that you want from ELO, it’s got the strings going all over the place and the little guitar vamps. Its also a weirdly structured song too, just a very mysterious song, I get it stuck in my head all the time.

Chris Rosenau: It does, in fact.

Justin Barney: ELO is such an unlikely band.

Chris Rosenau: I totally agree man. I kind of purposely don’t know a lot about ELO just because I don’t want to ruin the strange magic around them, but I love them. I’ve always thought that they have been, not underrated, but missed a little bit. But then there’s 20,000 people at the United Center that prove me wrong.

Justin Barney: They are such icons and they have hits that are hits, and then when you see them you are like what is going on with this band?

Chris Rosenau: It’s totally true man. There’s a couple instances of this throughout music but Jeff Lynne’s iron will in just willing this thing into the universe is crazy. Especially with the tech they had back then, vocoders, all the synths, the super early stuff and then incorporating all of the strings into the live arrangements,especially back in the day. Like now I get it, but he just executes it perfectly, the show was just nuts. Watching some of those old videos, it’s just like what are you guys doing and how are you doing it?

Justin Barney: In the time, it would be a weird signing as it is, the band has so many string players. And then not only to be signed, to release records, to have hits, to sell out arenas, to be one of the biggest bands ever.

Chris Rosenau: And no one talks about it.

Justin Barney: How weird it is.

Chris Rosenau: I know, I love it. So this is the start we are bringing ELO back.

Justin Barney: I am here with the afternoon host, Marcus Doucette. Marcus, what is one song that you can’t stop listening to?

Marcus Doucette: Lately I have been digging high life, it’s one of my sounds for the summer. One artist that I always come back to is Gyedu Blay Ambolley, it’s a fun name to say. He is a real interesting dude who claims to be the inventor of rap.

Marcus Doucette:: It checks some boxes. The song that I have been digging came out in 1973 and he released it commercially in his native Ghana and it does have some elements that are distinctly like rap. It would definitely further his career to say that he invented the first rap song. But I am willing to give him the benefit of the doubt, in some ways, even if he isn’t the inventor of the first rap song. He is an awesome high life player, he is right up there with Ebo Taylor and Pat Thomas, just a great band leader. He was fusing high life with jazz and soul. He was influenced by all these other cats, like James Brown, and you can hear it in his sound.

Marcus Doucette: It’s not like a hip-hop-hippity to the hip-hop. It’s just an infectious grove, and it’s punctuated, I can’t really understand the lyrics, but punctuated with a bunch of “oh-pa’s!” and he’s just going on and on, he’s clearly got some kind of flow going. I might not call him the inventor of rap, but I would call him one of the godfathers.

I think it’s pretty universal that people fall in love with songs that sounds like the music that was coming out when they first became music lovers.

When I first started self-identifying as a “music person”, that was the early 2000s. Surf Curse sounds a lot like the music that I really fell in love with, bands like Sunset Rub Down and The Love Language. A lot of things that were described as having jangly guitars, I really love that sound and Surf Curse has a lot of it. So I think there’s a bit of puffed up nostalgia for this sound in my brain, which is why I think I love this.

Also, I think it’s just a really good song, even without that. The guitar tone and the vocals that sit beneath this guitar tone, and the drum patterns the way that it starts and stops make for a great song on its own in 2019. Even though I recognize in myself there’s a hint of nostalgia, this is a song that has been on repeat for me, I absolutely love it.