5 Songs We Can’t Stop Listening To with guest Beirut

5 Songs We Can’t Stop Listening To with guest Beirut 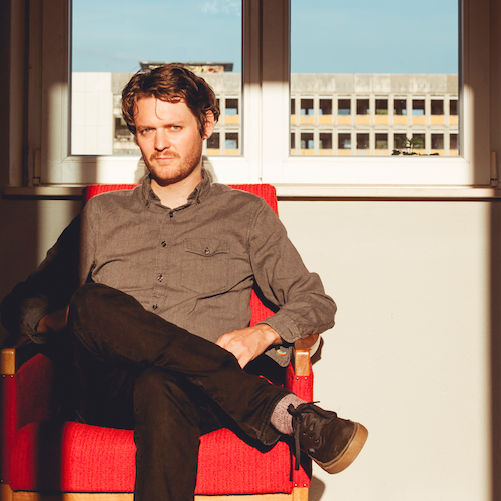 With music from Stars of the Lid, Dem Atlas, Talk Talk and more

1. Beirut picks “Dungtitled (In A Major)” by Stars of the Lid

My guest today is Beirut. Beirut is Zach Condon. Beirut kind of got their start when Zach was like 16 in Santa Fe, New Mexico. He made a couple of EP’s that kind of had this orchestral sound that became central to the sound of the mid-2000s. Recently on his new album, he actually had the Farfisa organ that he recorded those old EP’s and albums on flown to New York to record his new album, “Gallipoli.” We have been playing the song, “Landslide” from that album. Beirut will also be playing in Milwaukee this Thursday at the Pabst Theater. My guest today is Zach Condon, a.k.a. Beirut.

Justin Barney: What are you listening to right now?

Zach Condon: You know, I don’t know why, but since I moved to Berlin I’ve been listening to a lot of ambient music. It’s like I need to be in this kind of meditative space.

Justin Barney: Is there an ambient band or and ambient sound that you’re drawn to?

Zach Condon: You know I listen to Stars of the Lid obsessively.

Justin Barney: I think when we think of ambient we think of that one ambient thing that you know, but like jazz, once you’re into it you see that there are all these varieties of this thing. What is Stars of the Lid’s imprint of ambient?

Zach Condon: Their imprint in more on the orchestral side. I ran into them way back in the day when I was listening to a lot of Godspeed You! Black Emperor. And I hope I do this justice. There are some real die-hard fans, and for good reason, but I hope they don’t get too upset.

Imagine Godspeed, but never reaching the full climax of the song and imagine it slowed down about 500bpm.

Justin Barney: Is there a favorite song I could point to?

Zach Condon: I mean there is really a favorite record. I think there is a song called “Dungtitled” on that record. Anyway, they have two albums that are my favorites. There is The Tired Sounds of Stars of the Lid and “And Their Refinement of the Decline.”

It’s something I completely overlooked in the past and now I’m deep into it.

You know how sometimes someone will say something and it will stick in your head forever? One time that happened when I read an interview with Merrill Garbus of Tune-Yards. The interview was about her, at the time, new album, “nikki nack.” In it she said that before writing the album she checked out Molly-Ann Leikin’s 1987 book, “How to Write a Hit Song” and she learned that the chorus should hit in the first 30 seconds.

Essentially, start with the hook. Every time I hear a song that starts with a hook, I think of that.

Dem Atlas does it here and I love it.

Start with the hook.

3. Interpol picks “Life’s What You Make It” by Talk Talk

Sam Fogarino: That I was obsessed with?

Sam Fogarino: Um… when we were doing the record, “Marauder” we were recording the record in like, western New York in the middle of nowhere. Like, driving to the supermarket was like nine miles and that was like, “Oh, I got to go to the super… anybody need anything from the store I’m going to get out the house?”

Sam Fogarino: I would just kind of go back and forth between “Pale Shelter”, “Head over Heels”, and then Talk Talk song, “Life’s What You Make It”.

Justin Barney: Wow, can we go with the Talk Talk? How did you find that song?

Sam Fogarino: You know, I was actually going through a storage space a couple years ago and it had to do… like, the stuff that was there was my ex-wife’s and this is like post divorce. There was no real deep emotions being gutted, like that part has already sorted. I didn’t want to deal.

And I was very angry for having to go there and sort through her stuff and it came on my IPhone. It just kind of randomly came on and it has that drum machine pattern and that simple piano line and it was really cool… almost bluesy guitar. It was really weird how they kind of blurred that line, but there was something that like really grabbed my ear and then of course the hook of the song is life is what you make it and I was like, “Ooh the 80s and trying to teach me a lesson. To not be bitter and just get over it” and it stuck with me.

Sam Fogarino: Then again a couple years later while we were making the record it just felt right revisiting it in the snowscape.

Sam Fogarino: You know, driving to the top supermarket

Justin Barney: Ha ha, life is what you make it.

Sam Fogarino: Ha, life is what you make it.

Nate Imig: Hey so you might heard, Milwaukee lost an R&B and soul legend, Harvey Scales. He passed away on February 11. So I did a story about this, I was actually revisiting an interview that Dori did in 2015, which got me digging into his music. And Harvey Scales, he had like a decades long career.

Justin Barney: Yeah I heard he had the first platinum song EVER.

Nate Imig: Yeah so if you heard the story, this is one of the songs I played a little clip from. The song is called “Disco Lady” and this is a song he wrote in 1976 I believe and it was actually performed by Johnny Taylor, but he co-wrote the song and it was the first certified platinum song written ever in history.

Nate Imig: And it’s a jam. Since I did the story, I can’t stop listening to this. “Disco Lady,” Johnny Taylor, written by Milwaukee’s own Harvey Scales.

Every once in a while an original voice in music emerges.

Billie Eillish is this pop star that kind of emerged on the scene with a couple songs last year that have just taken off.

Eilish has an edge on her.

There is something dark under the surface. Not too much as to be put on, but enough to maintain this mysterious cool.

“bury a friend” is the kind of pop song that comes along once in a blue moon. Unlike most other pop songs, it sounds nothing like the other hits of today.

Eilish is a true original.