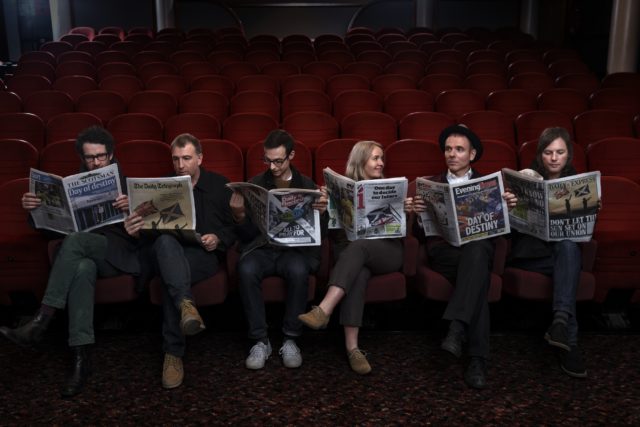 Stuart Murdoch is the lead singer of Belle and Sebastian. Belle and Sebastian formed in 1996 in Glasgow, Scotland. In 1998, they released the album “The Boy with the Arab Strap,” which cemented them as indie rock royalty. Their new album, which will be out this year, will be called “Days of the Bagnold Summer.”

Justin Barney: Stuart, I would love to know, what is the last song that you couldn’t stop listening to?

Justin Barney: I love that group. What do you like about them? I love Samuel Herring, he is such a charismatic frontman. But what do you love about them?

Stuart Murdoch: I love there’s no front there. They’re very soulful. He wears his songs on his sleeve, and they just put them down. Sometimes they’re deceptively simple songs, and they check all the boxes for me. I love the sound on them, it’s a bit of a retro sound, an ’80s or ’90s sort of sound, with the strong lead.

Justin Barney: How did that get stuck with you? You listen to stuff all the time, what arrested your attention?

Stuart Murdoch: The funny thing is, I don’t listen to loads and loads of music these days, so when something comes along and gets stuck, it’s more of an event for me. I don’t listen to music they way I used to. I used to be voracious. They were playing a festival with us in New Zealand and I was just completely taken with them, so I checked out some of their records.

Justin Barney: Did you see Samuel Herring perform? He is captivating.

Stuart Murdoch: I know. We had to go on after them, and somebody said to me, “Well, good luck.”