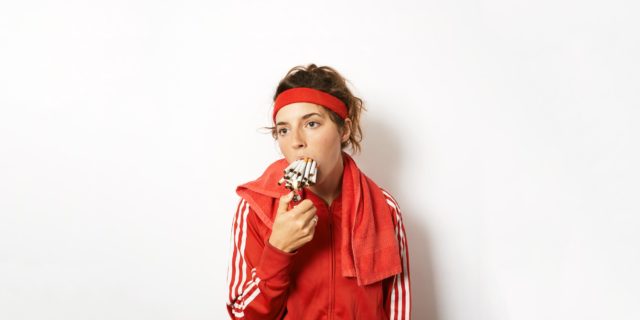 Justin Barney: Caroline what is one song now that you cannot stop listening to?

Caroline Rose: Well we are basically all obsessed with Mitski’s record.

Justin: Uh-ohhhhh Preaching to the choir.

Caroline: Oh yeah, it’s so good, and I mean every song on the album is so good, but my favorite song is “Washing Machine Heart,” I think it’s perfect. I think it’s funny, exciting and sad all wrapped into one. She’s a maestro at combining mixed emotions and humor into one, which is what I kind of like doing as well. That song in particular just really speaks to me.

Justin: What is it that we all love about Mitski?

Caroline: I think she just…She’s just really relatable and funny. She’s just such a good entertainer and is just the master of it.

Caroline: Her lyrics are so good she’s just a great lyricist.

Justin: Totally, what was the name of the song again?

Justin: Alright, Let’s do it!

One song I can’t stop listening to this week is “Stet” by Milo. This is the newest song that we have from Milo, so of course I can’t stop listening to it. I love Milo. He is formerly a Milwaukee musician and he is now residing in Biddeford, Maine where last year he opened Soul Folks Records and Tapes, which is a record store, collaboration area, recording studio, performance space and a hub for Milo’s creative energy.

Whatever he is doing there is working out. This song is called “Stet” from his upcoming album “Budding Ornithologists Are Weary of Tired Analogies,” which is a perfect representation of Milo’s sound.

The thing that I love about him is the way that he folds sentences and letters on top of each other like origami. The secret to his music like poetry, is the delivery. It’s what he says when he stops. This is the new song the song that I cannot stop listening to, it is “Stet” by Milo. 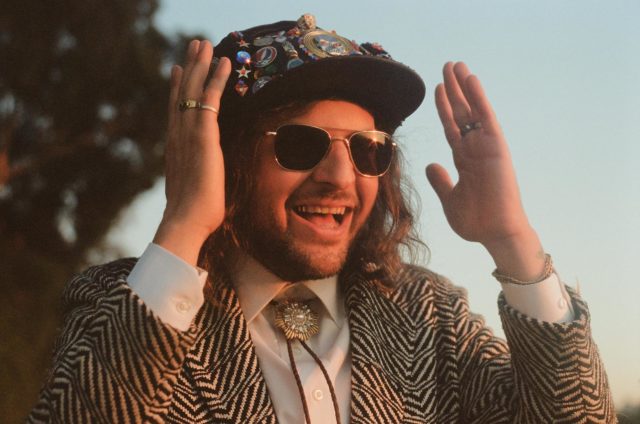 Our guest today is King Tuff. King Tuff has been melting faces off since his debut “Was Dead” in 2008. He’s got a new album called “The Other” out now and we have been spinning “Neverending Sunshine” on 88Nine. My guest today is Kyle Thomas, lead singer of King Tuff.

King Tuff: It definitely is, he was an extended thinker.

King Tuff: Yeah Moondog, he was a blind street musician, looked like a wizard.

Justin Barney: Oh wow yes. What draws you to Moondog? I mean he is out there.

King Tuff: I just like people that are just purely themselves.

King Tuff: I mean Moondog, Sun Ra, Captain Beefheart…Those kind of characters that are just so pure and don’t care at all what anyone thinks and are just making pure music that is coming from, you know, some very deep level.

Justin Barney: Yeah, that makes a lot of sense I think, with your kind of fascination with the occult.

King Tuff: The mysteries of life.

Justin Barney: Alright, what’s the name of the song?

Justin: This is truly a song that we can’t stop listening to as a whole programming team here and it will wriggle right in your ear.

Justin: Lodge yourself there and you will find yourself humming it. This song is called “Wriggle” by Cosmo Sheldrake. First off, I got to say I love the title “Wriggle.” It feels how it sounds and it does what it sounds like. It sounds like an orchestra meets alt-J, with production from Glass Animals doing the soundtrack from Mulan.

Marcus:  Yeah originally when I heard the song I thought it was from alt-J, but it’s obviously not dark enough. There’s like this playfulness to it and it’s almost like a three-minute long Disney movie that was actually a song written by Cosmo Sheldrake, where he’d probably star in it too.

Justin: Let’s do it! What’s the name of the song?

For the final song this week it’s my turn. One song I can’t stop listening to is “Peach Scone” by Hobo Johnson.

Hobo Johnson is Frank Lopes. He submitted this song to NPR’s Tiny Desk Contest which is where I saw it. I was glued and I bought into it right away. Hobo Johnson’s music style is talking with music playing behind it and over it. His delivery is a mixture of something that is really really genuine, though I also know people that find it to be insincere. But I hear it to be from the heart and it’s done in a way that sounds like poetry and sings like music.

I don’t know anybody else that is making music like this.