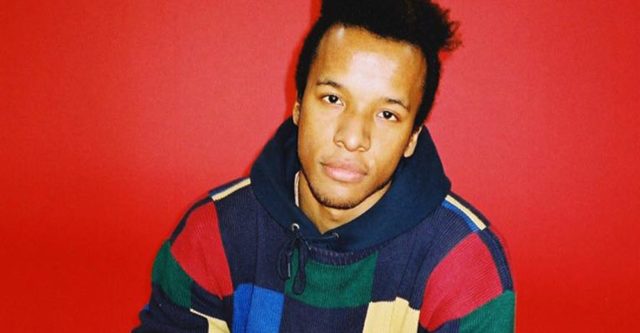 Our guest today is Cautious Clay. Cautious Clay makes music that, if I had to put it in a category, I would say it’s thoughtful R&B. We are playing the song “Cold War” off his new “Bloodtype” EP.

Justin Barney: Cautious Clay, what is one song you can’t stop listening to?

Cautious Clay: I think it’s always changing because I always have different inspirations from different things.

Justin Barney: Could you tell me more about that song?

Cautious Clay: I think the thing that caught me was that the melodies are really cool. They are very old school, but they also have a very interesting new flavor to them.

He kinda just flipped the whole style that would kind of be associated with Washed Out or Mac Demarco but then he makes it different with the melodies of everything. Which I thought was so creative. So that song has been really something to me.

Justin Barney: Yeah, we are playing that song too and I heard that he produced that whole thing on his iPhone.

I think it’s probably a blessing and a curse because he can make things that are super simple. And sometimes simple is great. He’s great with music so he just uses the tools that he knows how to use and then the creativity that he has allows him to express that. Definitely big hats off to that song.

Cuco is Omar Banos. He’s 18 years old and hangs his hat in L.A. He is a self-taught producer like Steve Lacy and Yuno and he’s part of this group of rising musicians where their first instrument was Ableton on a laptop. The result is pitch shifted 808s patched together in Garageband with this laid back California delivery that, when you listen to it, the first word I thought of was “slacker-y” but I find a real authenticity in it. Especially with the subject matter here. He talks about he messed up and admitting guilt so I feel like his delivery matches the disappointed-in-myself subject of the song.

And it’s also just super vibey which I think is kind of the feeling of this new group of self-made self-producers. 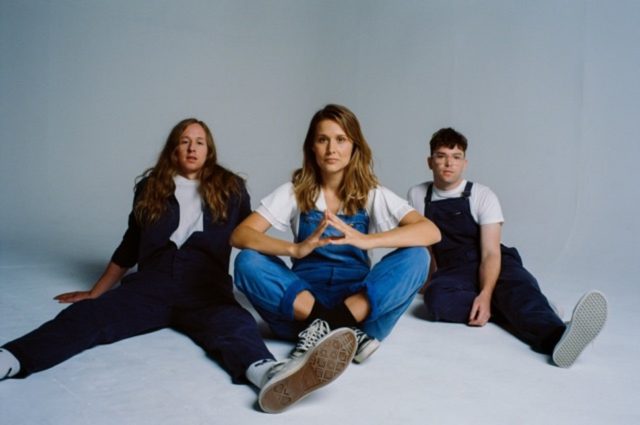 Justin Barney: Hannah, what is one song that you can’t stop listening to?

Hannah Joy: That is a good question. This is so broad and exciting. I will pick the song “Pink Rabbits” by The National. It’s off their second-to-last album, “Trouble Will Find Me” and I’ve just gotten back into it again and I’ve been listening to it like mad. Which is funny because I listened to it like mad when it first came out and usually I kill the song, but this one has heaps of life.

Justin Barney: I think that’s a quality of the band The National. They have staying power.

Why that song of all the songs on the album?

Hannah Joy: It’s got this beautiful piano riff at the beginning. To me they are like an alternative rock band, but their so piano based. That’s such a special space they inhabit because it’s really hard to. I played the piano and I played it before I played guitar in Middle Kids and I wanted to do something like that but it’s really hard to pull off.

But I think Pink Rabbits just lulls you in whatever tempo it is, and it just goes round and round. It’s so good.

This Sunday is Father’s Day, and we have been making it a little tradition to have my Dad in for Father’s Day.

Justin Barney: Dad, what is one song you can’t stop listening to?

Al Barney: I’ve been a John Prine fan for over 40 years. I never got to see him until you took me to see him with your buddies Luke and Jake. That was extra special because my son was taking me to see John Prine…

Justin Barney: …who you introduced me to.

Al Barney: Yes! And I can remember the day that I was introduced to John Prine. I was 18-years-old, working in a restaurant and this girl that I knew said, “John Prine’s coming to town. He’s kinda country, but kinda not. He’s kinda like Arlo Guthrie. He’s really cool and he used to be a mailman.” I’ve been a fan ever since.

Justin Barney: And then why “Summer’s End?”

Al Barney: Well, it’s a really good song. I remember when we were going to the concert, you were telling me that when you were interviewing John Prine that he said that this song is so sweet that it’ll make you cry.

With John Prine it’s all about the story. Part of the story of that song is that I’m seeing John Prine. I’ve been a fan for over 40 years. And your buddy Luke, he’s a young guy like you and his parents were John Prine fans and he was raised on John Prine. So, he was so excited that you were gonna be interviewing John Prine—one of his heroes—that he took off work, came into the studio and sat silently with the headphones on to listen to you talk to John Prine.

Justin Barney: That was pretty great.

Personally, I loved it. I’m a big fan of things that are long and wordy.

But, he got some pushback and it felt like he was releasing this album as a reaction to that. It doesn’t feel very Father John Misty to listen to his critics and then release something that will appease them. And that’s essentially what I felt he was doing, and it might be what he’s doing, but it feels good and the songs are great. It’s a fantastic album.

I could pick any song from this album, I’m going to pick the song, “Date Night.” It’s essentially a single that’s got a great bouncy piano, it’s kind of slick and cool.