Chrissie Hynde on Jimi Hendrix and being too famous to date

Chrissie Hynde on Jimi Hendrix and being too famous to date 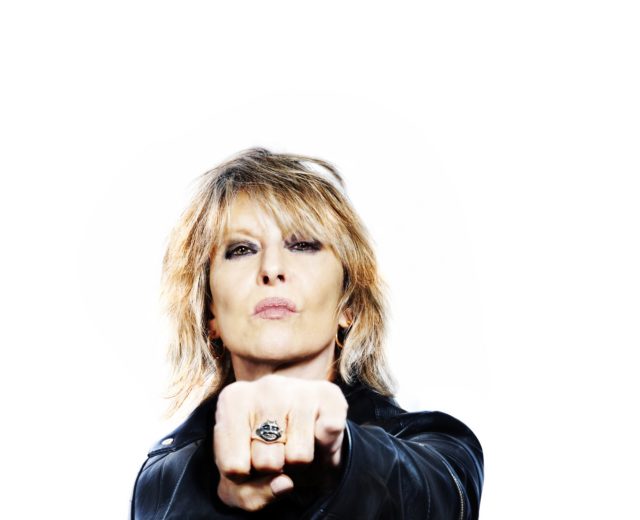 My guest today is Chrissie Hynde, lead singer of Pretenders. We’ve been playing your music since we became a radio station 10 years ago and we’ve been talking about you and your music, so I want to know what music you’re listening to. So Chrissie, what is the last-

Yeah I haven’t been listening to anything!

You haven’t been listening to anything?

The last thing I listened to?

Well mainly I paint a lot these days, and I like the silence so… You know I don’t really think about my new music but what was the last thing I listened to? Okay let me think about that… Probably a John Coltrane record. And I tried to listen to the first Jimi Hendrix record but I think I broke my turntable so that was the last thing I would have listened to if I could have gotten it to work.

Why Jimi Hendrix? What do you like about him?

He’s amazing! He’s one of my all time number ones. I remember I was standing when I saw the first Jimi Hendrix album. That was my teenage years so that left a huge impression. I grew up in the late ‘60s and I was a teenager so I know every single album that came out in that very versatile period from west coast (mainly the English bands), and Hendrix just sort of transcended everything. I guess the short version is that he was psychedelic and had a sort of cosmic consciousness. He obviously was one of the great guitar players, and his songs were largely philosophical. I like that.

What do you think his philosophy was?

I don’t know, I can’t speak on behalf of anyone on what their philosophy is, but he wasn’t just writing boy meets girl, or girl meets girl relationship songs. He was writing about sulfur mines on Jupiter and stuff. You know, he was in the cosmos, and that’s where we were in those days… Some of us, I was. And that’s when you’re really impressed by music, I think, when you’re a teenager.

I want to give you a little behind the scenes here… We always do a longer interview, and I edit it down to this so I can play the song, because usually I don’t know what they’re going to pick. And then usually we talk a bit after too, and Chrissie was just so fun that I want to include this bit. So here’s a little behind the scenes fun that was cut and left on the editing room floor before we go out here. This is it.

Right on! I love that attitude!

Okay well that was fun!

Thank you for answering my questions!

Is this like speed dating? Would you take me out on another date now?

I would, yes! You’re so fast and unpredictable I don’t know what’s going on.

I can’t do that stuff! I became too famous to have fun like that. I can’t go into those things, so that’s a big sacrifice of being a famous millionaire; I can’t speed date.