5 Songs We Can’t Stop Listening To with guest CHVRCHES

5 Songs We Can’t Stop Listening To with guest CHVRCHES 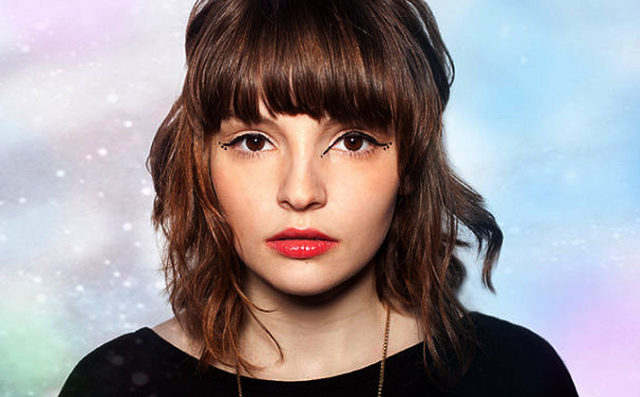 My guest today is Lauren Mayberry lead singer of CHVRCHES. They are a synth pop band from Glasgow, Scotland. They’ve released three excellent albums, their most recent is “Love is Dead.”

Justin Barney: It is my pleasure to have as a guest today, Lauren Mayberry, lead singer of CHVRCHES. What is the last song that you couldn’t stop listening to?

Lauren Mayberry: The last song that I couldn’t stop listening to was “Remember My Name” by Mitski

Lauren: Good Good. I just love her. I think she is, she’s one of my favorite lyricist and she’s got just such a way of expressing something and that song lyrically I was just like aw I really love it! I think that she’s got that amazing balance of aggression.

I think that kind of fearlessness is something that I find super inspiring.

Justin: Same! Aggressively vulnerable, I think that is such a great way to describe Mitski’s music. So what is the song about, do you know?

Lauren: The need for a connection, and when do you feel like that’s enough? I feel like most of the time when you are spending time with people and talking to them, like this sounds depressing, but I think from the outside you can never really purely know someone because even when you do know so much about somebody, they’re still looking at things from their perspective and you’re still looking at things from yours, so everything is always sort of a projection of what you “think” they think, if that makes sense.

Lauren: Then I feel like that can be quite lonely, like everything’s kind of disjoined and disconnected sometimes and I’m looking at the opening lines of it, like “I give to much of my heart tonight, can you come to where I’m staying and make some extra love?”

Then I was like, “Does that make me not romantic that I never post anything about that ever even when I’m in relationships?” But then I think so much of what we do is like performative or trying to convince ourselves that we’re fine, like everything’s fine and it’s like you’re telling yourself that just as much as everyone else.

Justin: Yeah and I feel like that the real truth you know. I think that cuts through and that is the real truth. That is a wonderful way to put it.

2. Adrianne Lenker- “what can you say”

Song two this week is my pick. I can’t stop listening to “what can you say” by Adrianne Lenker. We are in the middle of this membership drive right now and things are going crazy around us, we’re all excited and up on our energy and I’m just gonna take a second right here:

To just take a breath.

And let’s just have this moment me and you.

This song here, is a song that has been getting me through two weeks of stress. It is Adrianne Lenker’s “what can you say.” She’s the lead singer from Big Thief and she just released the solo album “abysskiss” and I’ve listened to this album twice a day, every day since it came out. This is my favorite song.

It’s the second to last song on the album and the thing that I love about it is the way that she lilts this song. A lot of the songs have this kind of sadness but this, the second phrase in this, has this bit that goes “how to be loved by you.” And that part is sweet and like a lot of her music, is timeless. It’s amazing, incredible, how timeless she is. This song has this kind of, eternal sweetness to it that I love. 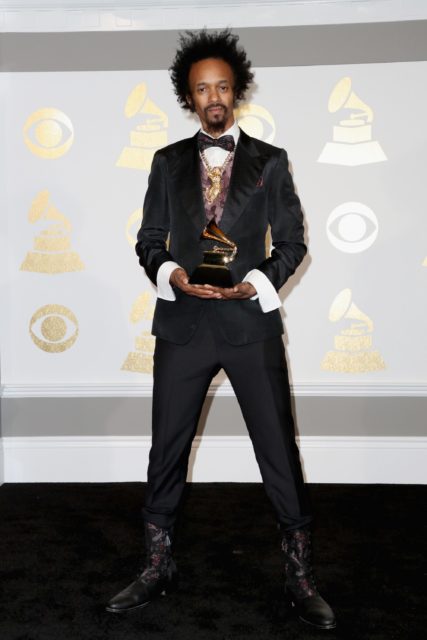 Fantastic Negrito is from Oakland California, he was the first winner of the Tiny Desk Contest. He’s released an album “The Last Days of Oakland” and his latest is “Please Don’t Be Dead.” My guest today is Fantastic Negrito.

Fantastic Negrito: It’s a song that I never get enough of and it’s it’s by Reverend Utah Smith, it’s “Two Wings.” It’s so really, like, it’s genius. I listen to it repeatedly because I just can’t believe that it’s happening.

Justin Barney: What about it blows you away?

Fantastic Negrito: What blows me away is the simplicity mixed with the complex choices he’s making on the guitar. You know, it’s just happening in the moment. It’s very organic with a couple of background singers, no drums. One guy kind of holding down the percussion, the rhythm, and the lead all with one hand and six strings, and giving you hell on the vocals.

And that’s what I love about it: the intensity and the sense that something is gonna happen you know?

Justin Barney: I love that too.

Fantastic Negrito: I feel like that’s kind of the one that I go “yeah, that’s what it’s all about.”

Justin Barney: Alright, what’s the name of the song?

Justin Barney: I’m here with Fall intern Rashaud Foster, Rashaud What are you listening to?

Rashaud Foster: I’m listening to Bridgett Kelly’s “In The Grey.”

Rashaud: What I like about the song is I kind of get like a R&B vibe, but I still get that pop vibe as well, so it’s still like a little bopper head knocker, but it’s still giving a message of heartbreak, so it’s not being so emotionally sad, but still having a bit of energy while you’re going through a heartbreak.

Justin: How’d you find this song?

Rashaud: Okay, I was watching VH1’s “Love and Hip Hop” and the artist was actually signed to Jay Z’s label Roc Nation, so now she’s a character on “Love and Hip Hop” and she had a show, and she featured the song on the show and I just really enjoyed it, so I looked it up and it was just on from there and I can’t stop listening to it.

The final pick this week is my song, one song I can’t stop listening to is “Catch My Breath” by Confidence Man. This is a dance floor song, it’s going to have you dancing. It’s got like a little bit of an LCD Soundsystem vibes and you can tell as a DJ I love this song.

You can tell this person the person behind Confidence Man is a DJ, someone who is used to measuring the tone of the floor because this is a song that never stops. It doesn’t hang in one place for to long, it goes on to the next thing, it has movement, it’s always going somewhere.

There’s an awareness that it can never be stagnant and that makes for a really good dance song. You can tell the person behind this has an understanding of how people are going to want to hear this song in a room. It’s a perfect song to DJ, it’s a perfect song to listen to and to dance to. It is “Catch My Breath” by Confidence Man.