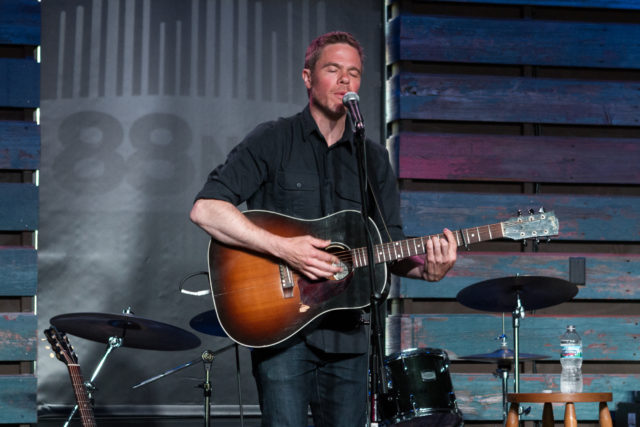 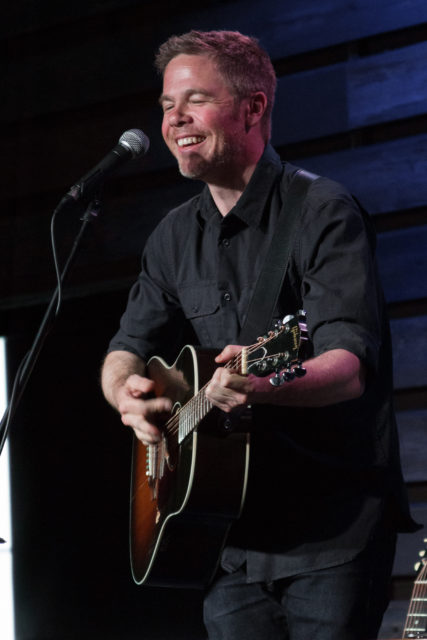 1. Josh Ritter picks “I Dream a Highway” by Gillian Welch

Justin:  Every week we ask a guest that we love to come in and talk to us about a song they love. This week I’m here with an artist that has been named one of the 100 greatest living songwriters by Pace magazine. I’m here with Josh Ritter.

Josh Ritter, what’s one song that you can’t stop listening to?

Josh: Oh well, I think one of my all time favorites is “I Dream A Highway” by Gillian Welch. It’s on Time (The Revelator) and it’s a closing track, one of my favorite closing tracks I’ve ever heard plus one of my favorite songs. It’s about 14 minutes long and it’s just this long, slow trancy number with just visionary lyrics and just a beautiful patience in the delivery. It sounds stoned, it’s great.

Justin: Where does it take you? What’s the lyrical narrative of it?

Josh: Well, it’s “I dream a highway back to you, love,” it’s kind of like, it’s wistful in a way. When I first heard it, I had it on CD and had my CD player with me and I was on tour with Joan Baez. It was my first time on a bus and we were in Europe and I would listen to that song every night to fall asleep. It was my first time riding on a bus and it was strange sleeping there, but at the end of those 14 minutes I would be off in some other place. It’s just a song that’s very special to me for that reason.

Justin: So does it bring up all those memories?

Josh: Yeah, totally yeah. You know that feeling of traveling home to someone? I wasn’t in any kind of a relationship. I didn’t really even have a home at that point, but to still think about this traveling homeward and traveling back to somebody through these strange, beautiful, dreamlike lyrics really captured my heart. I remember that time so well through the prism of that song.

Justin: I love that songs have that ability to do that. Even when you’re not in love you can be singing or hearing a song about somebody that you love and really feel connected to someone that does not exist.

Josh: Totally, it’s amazing. It’s amazing. Or connected to a time that never was. That’s such an amazing feeling.

Justin: Isn’t that a weird thing? Yeah, what is that?

Josh: Must be music.

I think that at the heart of Kyle Craft’s music there is this nod to Vaudeville. America’s earliest Entertainment. In a vaudeville show there could be a dog playing the violin next to various dancers next to a singer. It could be loose and a little crass, but it was all for fun, they were there to entertain.

When you hear Kyle Craft it’s hard not to picture him on a stage, doing a high kick and winking to the audience. It’s big. It’s dramatic. It’s vaudeville.

Here, Sat. Nite Duets canonize a new saint. St. Yuppie, the patron saint of young professionals. Who builds ergonomic thrones in geodesic domes for those young professionals who are shaking what the good lord gave them from the rave to the grave.

It’s a perfect song. Say a prayer to St. Cecelia, for more songs like this.

4. The Cast of Hamilton – “Alexander Hamilton”

This week we are vistited by our Marketing Coordinator, and Hamilton enthusiast, Sarah McClanahan.

Justin: So Hamilton crushed at the Tony’s this weekend, and you are a huge Hamilton fan, so what is a Hamilton song that you can’t stop listening to?

Sarah: This was hard. This was Sophie’s choice for me. So there are 46 songs in the Broadway musical Hamilton, and I picked the intro song. Cause I thought, “If you’re gonna introduce someone to a story, you gotta start at the beginning.

Justin: What gripped you about Hamilton?

Sarah:  It’s more than a musical. So I’m a huge theater fan. But it’s not theater. I mean there’s history, there’s hip-hop, and then you have the components for a good musical. So it’s greater than any of those things combined. The parts are greater than the whole.

This opening song is amazing because you’re getting his entire life. Which, if you know two things about Hamilton you know that he’s on the ten dollar bill and he got shot. So that’s what people know coming in. So they kind of address that right in the opening song.

Sarah: In essence, Hamilton is the American dream. He is a symbol of it. And a lot of people probably don’t know that. Lin-Manuel (the writer of Hamilton) was reading a biography about him and he was like “Whoah. Whoah.” And the wheels started turning.

About a month ago I was in Madison seeing Frankie Cosmos and Eskimeaux. After the show I was talking to my friend Brandon and we were both in agreement that there is some kind of movement, or feeling, or cohesive line of thought going on in music right now. You hear it in Frankie Cosmos, Mitski, Erin Tobey, Mac Demarco, and here you hear it in Jay Som.

All of these artists making music the is really intimate, quite, honest and open. I really think it is a product of our time. Now that our lives are open to everyone all the time. There is no hiding anything and these artists are finding the strength in that.

Let’s embrace being open. Let’s be totally honest. Maybe it will work.