5 Songs We Can’t Stop Listening To with my Dad

5 Songs We Can’t Stop Listening To with my Dad 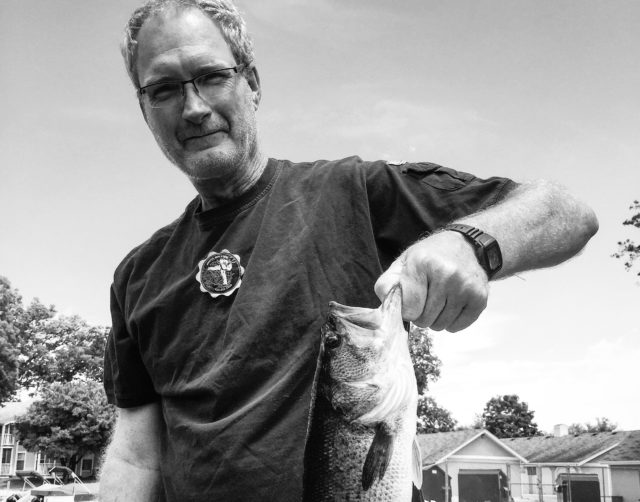 My dad has always had the biggest musical influence on me. My first musical memory is of my Dad singing me a lullaby. we used to go to Scotty’s Pizza in Bay View and he would always put Harry Belafonte’s “Day-O” on the jukebox and we would shout along with it. And every time I hear Talking Head’s “And She Was” I picture him in our car, doing his best David Byrne impersonation. My love of sad songs and musical weirdos comes from him. It’s strange how one person can really shape your whole musical identity. These songs are in our blood. I wouldn’t be here without him. Please read or listen to Al Barney talk about one song that he can’t stop listening to.

Justin: So Fathers Day was yesterday and I have been wanting to use an excuse to have my dad on forever. So here with me is my father, Al Barney.

Justin: Hi dad. Dad you’ve been like my musical rock forever and my musical influence. What’s one song you can’t stop listening to?

Dad: “Beautiful Ones” by Suede.

Dad: Its just a good Brit. Pop song. And a lot of this Brit. Pop stuff, like I’m a big fan of it…

Dad: Well that’s the thing! That’s why I like, out of the Brit. Pop bands, Oasis was king but it’s like, yeah they’re good, but they can be such a drag.

Justin: Oh man! Where they’re slumming it and he’s like, “I just want you to sleep with common people like me?”

Dad: Yes! It’s like they have a sense of humor that comes out that I really love that and it’s the same thing with Suede, where Suede they’re not as on that bent as much as maybe Pulp, but they still, they work it. They work the androgyny, they work the, you know, the different angle on things; they know what they’re doing.

Justin: And they’re having fun.

Most songs are about feelings and emotions, and I love that, I’m a feelings an emotional guy. But then there are songs like this. Totally functional. Totally efficient. Totally left brain.

The lyrics in this song are like assembly instructions from Ikea. It’s one instruction after another. Procedure. There is something cathartic about instructionals. It’s like someone has done all the thinking for you. All you have to do is follow the steps.

So, take the song. Listen to the song. Enjoy the song. It’s technique.

In a conversation that I had with Father John Misty, he said that so many musicians try hard to be “themselves” that they end up writing what they think they should write, or a projected image of themselves, instead of writing about who they really are.

Being true to yourself is the hardest thing to do as an artist, yet it’s what every artist tries to do.

The defining characteristic of Mitski’s music is that she understands herself. She may question what it means to be herself, or question what impact she has on others or how others impact her, but she is uncompromisingly true to herself.

Her music is and example of what someone can make when they are in tune with themselves. Her music is an example to all of it’s listeners. To help you understand yourself.

Justin: I’m here with host of The Mix on Saturday nights, our very own Kenny Perez. Kenny, what is one song that you can’t stop listening to?

Kenny: Right now, in the car, on my phone, in the headphones is Black Coast ft. M. Maggie and it’s a Lucian remix of TRNDSTTR.

Kenny: The song is pretty eclectic. It starts off with vocals then it goes into a trappy, hip-hop base then it turns into house music. It’s beautiful and it’s kind of representative of the way I am thinking right now.

Kenny: You mean what do I love about house music. That’s the real story here. I grew up listening to different types of house music in the late 80s early 90s and it’s been a part of my life for over three decades.

Justin: Why do we need house music here?

Kenny: Because it’s a different world. In terms of the music there’s so much out there. Overseas, south of us, north of us, they are playing house music. Especially in a city like Milwaukee, it can be more diverse than it is right now musically. I think house music should be listened to by everybody.

5. Bleached picks “For Whom the Bells Tolls” by Metallica

Every week we ask one guest that we love to come on and talk about a song that they love. This week we talk to Bleached.

Justin: I am here with Jessie from Bleached. Jessie, what’s one song that Bleached can’t stop listening to?

Jessie: We can’t stop listening to “For Whom The Bell Tolls” by Metallica.

Jessie: It’s our intro song and we can’t stop listening to it because it gets us so pumped to go play a really good show. In the beginning of it these cool bells are going off and then the guitars and the bass and everything come in and it’s just a really good song to pump us up. We get really excited.