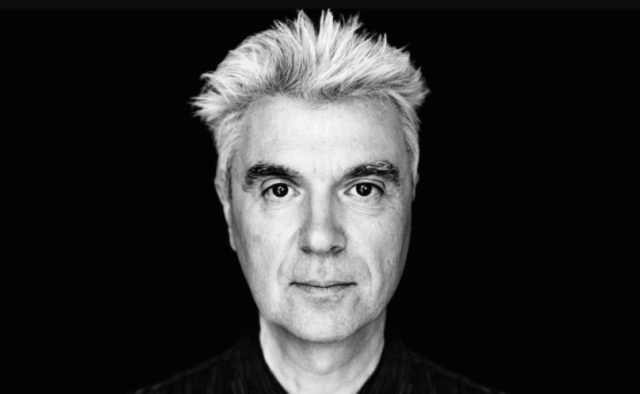 Our guest today is David Byrne.

David Byrne needs no introduction. He is a singer, an author, a director, an architect, he is a “Capital A” artist. He was the lead singer of Talking Heads. He has released a handful of solo albums, the most recent being “American Utopia,” which is fantastic and we’re playing it. This is part of my full interview with him:

David Byrne: Oh, I listened to some Brazilian stuff this morning, but that was because we’re headed to South America any day. I kind of want to get to know a little more about the support acts.

This morning I listened to a new Janelle Monáe song, I’m a big fan of hers. It’s very reminiscent of The Purple One.

Justin Barney: What do you like about Janelle Monáe?

David Byrne: She’s an all-around talent. Actress, singer, songwriter, activist. I’ve seen her show, and it is incredibly theatrical, no surprise. This is multi-prong talent. I just feel like… “Wow.”

Justin Barney: Let’s listen to it, this is “Make Me Feel” by Janelle Monáe.

In the chorus of this song, the lead singer sings, “If I make it to heaven, does it really matter?”

But then you can kind of get to this existential phase that this lead singer is in where it really feels like nothing matters, so why do anything?

You can live in that, and that’s a very scary and dangerous place to live. Or you can take that and make it into a song, as this lead singer has done, and so we know he cares about something, because at least it matters enough to make a song, write the lyrics, write the guitar parts, record it, and put it up on the internet.

Making this song matters to me, hopefully it matters to you. I think it’s a good song, and living in that space and asking those questions can be a good thing, so listening to this song can be good too. 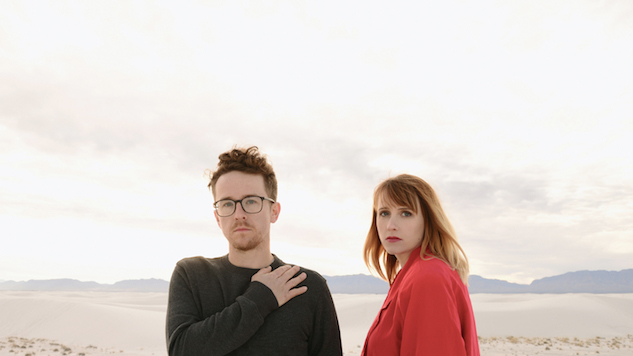 This week on 5 Songs We Can’t Stop Listening to, I’m speaking with Jenn Wasner and Andy Stack, who make up the indie rock group Wye Oak from Baltimore, Maryland. On 88.9, we’ve been playing the title track from their new record “The Louder I Call, The Faster It Runs.” Wye Oak will be at the The Back Room @ Colectivo (this) Friday, May 18.

Jen Wasner: It’s by a band that we both love called Palm. I think my favorite song of mine off their new album is “Composite.” It sounds like the Beach Boys meet Flint or something. That’s the first one that pops into my head.

Justin Barney: Why are you drawn to the band Palm?

There are so many bands who are reaching for something and the experience of listening to their music or watching them perform is more cerebral. Like more in the brain and less in the body. And when I saw Palm I thought, “I’m thinking about this but I’m also feeling it. I’m feeling it in my heart and I’m feeling it in my body.”

Andy Stack: Yeah, they really play off some of the types of music that Jen and I were both really into. For lack of a better word “math-y” music that we were really into when we started this band and tried to do that. They do it so much better than we ever did. It plays on some of these 90’s bands that I’m sure were influencing them, but it’s also forward looking.

My guest today is our own Marcus Doucette.

Justin Barney: Marcus, what are you listening to?

Marcus Doucette: As always, it’s like spin the dial and where it lands it might be a different day and a different song. These days I’ve definitely been digging some disco from South Africa. As a matter of fact, all African music is something that I’m into, but South Africa in particular on this cut largely because there’s this new compilation that’s out- it’s a series of compilations actually. These are always great ways to get into sounds and styles and vibes that you might not know a whole lot about. It’s on this record label known as Africa Seven. They’ve been putting out these really funky, funk-oriented African compilations and their latest one is called “Mother’s Garden.” It’s the funky sounds of female Africa, like ’75-’84, which sounds super generic until you actually listen to some of the cuts because they’re just so fresh. I am tempted to go with at least 4 others on this compilation, but I’m going to roll with what I think is one of the strongest and certainly was one of the more recognizable performers on this compilation- a South African singer by the name of Letta Mbulu, which is not only a fun name to say because “Mbulu.” It just rolls. I just love it. She is easily like… I would put her in like, you know, South African pop. Little known fact: she was actually in the very original production of King Kong, so was Miriam Makeba.

Marcus Doucette: I sort of discovered that while I was looking up some information on this cut. It’s a tune called “Kilimandjaro Take Us Higher.” I mean, just the way it rolls in on these wonderful synth lines and it never gets cheesy. It just keeps on rolling like I’d imagine some sweet nightlife in Nairobi or Cape Town, or some place in Africa where you’re like, “Man, it’s really happenin’ here.”

Justin Barney: They take you to the mountain.

Marcus Doucette: Yeah, take you to the mountain. I love how she uses Africa’s biggest mountain as this jump off point for this funk song that is just divine.

The final song this week is “Le Large” by Françoise Hardy. At 74-years-old, Françoise Hardy just released a new album and also her memoire. “The Despair of Monkeys and Other Trifles” has been translated to English, so I’ve been reading the book and listening to the album.

One of the things that comes up in the memoir over and over is she’s constantly down on herself and she doesn’t really believe herself. Despite for over 50 years being this romantic vision of France, she carries with her this heavy heart. That has gone into my understanding and listening to this new album.