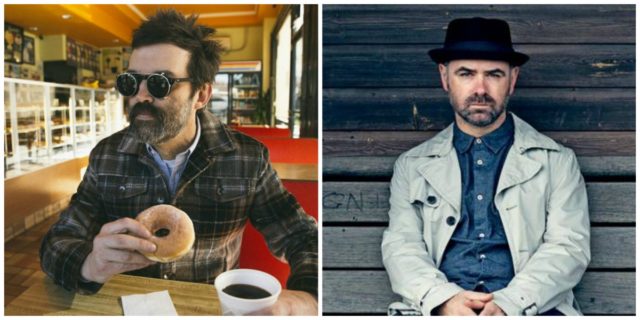 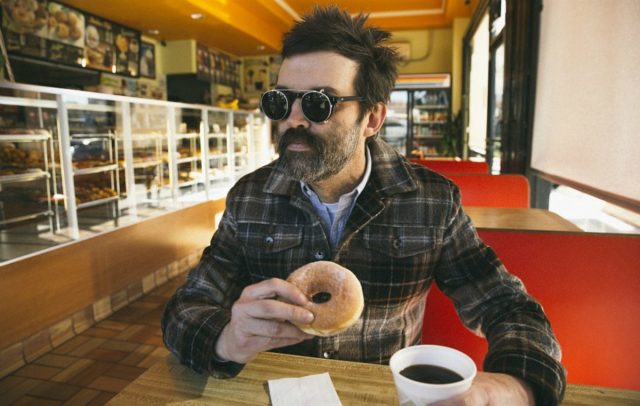 1. Eels picks “I Know You Love Me Not” by Julie Driscoll

Our guest today is Mark Oliver Everett a.k.a. E, a.k.a. Eels. Eels released their debut album, “Beautiful Freak” in 1996 and has maintained this cultish fan base since. I read an article recently that called E, “The Patron Saint of Junkyard Dogs.” And I think that is apt. His most recent album is “The Deconstruction” and we have been playing the song “You Are The Shining Light.” My guest today is E from the band Eels.

Justin Barney: E, what is the last song you couldn’t stop listening to?

E: That’s a good question. Well, recently for the first time in 17 years I had to get a new car and I have a kid now. And you can’t have a 17 year old car that breaks down when you have a kid.

E: So, I got satellite radio, which I’m hooked on now.

E: There’s a lot of technology upgrades in 17 years.

E: The learning curve from the dashboard is very high, but now I’m addicted to satellite radio and I have it on my phone. I got a little Bluetooth speaker in the back of the bus and I crank Underground Garage.

E: Which is a Little Steven’s station where they just play non stop deep cuts of cool 60’s garage rock that you’ve never heard before.

Justin Barney:  Do you have a song that you could think of that we could play after we talk about this?

E: There’s one that I discovered on Underground Garage. When we were all listening to it in the rental car that we would drive to rehearsals, there’s one that I got hooked on that I’ve never heard of before that is now a part of our pre-show playlist. It’s by a women named Julie Driscoll and it’s called, “I Know You Love Me Not.” What a great title.

Justin Barney: That is a great title.

2. Justin Barney picks “Cry for Another” by Claude Fontaine

This is song two this week, it’s my pick. One song that I can’t stop listening to is, “Cry for Another” by Claude Fontaine. Claude Fontaine is from L.A., but for a while she was living in London. The story goes that she was in London and she was at this record store when she heard the song, “Artibella” by Ken Boothe. It kind of started swirling her and putting her in this world. She bought a whole bunch of records that were Bossa Nova, and Dub, and French.

Then she started making this record and enlisted a lot of those old school musicians to make it. She’s come up with this sound that I find to be totally unique. I saw a description online that said, “For fans of Jane Birkin and King Tubby.” And I cannot think of a better intersection. It is french yé-yé along with Jamaican Dub. It is something I’ve never heard before. 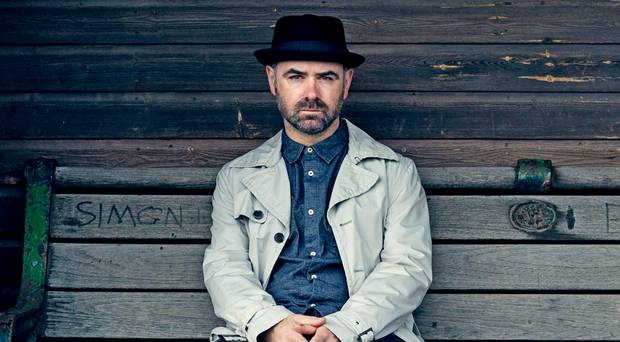 My guest today is Steve Mason. Steve Mason was in The Beta Band. If you’ve heard of The Beta Band it was likely through the movie “High Fidelity” where John Cusack plays them in the store and then everyone buys the record. Steve Mason has also head a great solo career and recently we’ve been playing his song “Stars Around My Heart.”

Justin Barney: Steve, what is the last song you couldn’t stop listening to?

Steve Mason: Two of the guys from Saint Etienne have been doing these compilation albums, they’ve got about three or four and this specific one is an American one called “State of the Union.” It’s got a lot of songs around that theme, of when the American dream really started to come apart at the seams you know; post JFK, post Martin Luther King, all that kind of stuff. So it’s kind of based around that idea. It changes all the time but there’s different themes that come back in.

It’s an amazing track, yeah an amazing track. And it’s all about this guy who’s obviously been working away from home, and while he’s been away from home his family has changed. His son has gone and become a hippie, I think his wife leaves him, really. He comes back home and everything has completely changed. So a lot of it has to do with the capitalist dream, the reality of it. Working like hell. For most people the dream never really happens, it’s just a life of never-ending work.

It’s an amazing track and yeah, if you don’t know it I would highly recommend it. Yeah seven minutes of Roy Orbison.

Steve Mason: The great thing about these guys is they do copious sleeve notes. Just let me… there it is. I’ll read it to you “Seven minutes long, segmented, and without a chorus; Southbound Jericho Parkway was a brave single…” Single – it was a single! ***ing hell!

“Was a brave single for Roy Orbison or anyone to release in 1969.” It doesn’t say how it did or anything.

Justin Barney: The person that sits directly next to me [laughs.] Amelinda Burich our content coordinator. Amelinda, what is one song that you can’t stop listening to?

Amelinda Burich: A little Irish rock group by the name of Fontaines D.C. They have a song, “Boys in The Better Land.”

Justin Barney: Rock. I saw this band at SXSW. They were amazing!

Justin Barney: Tell me more about why you like this song.

Amelinda Burich: Well, I feel that Spring has been taking a long time to come this year.

Amelinda Burich: And I’ve just been wanting something to wake me up lately. You know, some good ole’ fashioned rock n’ roll and this one does this trick. I don’t know if it’s because recently I was in Atlanta playing the tambourine. But, in this song in particular, when the tambourine kicks in with the bass I feel it.

Justin Barney: You feel it. The bass line comes in, the tambourine comes in, and it’s like, “This is a great start.” And then the drums come in and it’s really rocking. What do you know about Fontaines D.C.?

Amelinda Burich: Well, you may hear that they have an accent, but the D.C. in Fontaine D.C.’s name stands for Dublin City. Which is where the band is from. They just released their debut album, “Dogrel” last month on Partisan Records. I did read in a press release that they have a shared love of poetry. You can hear them namedrop poets in every song, including this one. You got some James Joyce mentioned.

Amelinda Burich: Right [laughs], so post-punks with a fondness for literature. That’s right up my alley.

5. Justin Barney picks “I Am Not Warm” by The Glow

This is the final song this week, it’s my pick. One song I can’t stop listening to is the song, “I Am Not Warm” by The Glow. The Glow is this new project from Mike Caridi, who was the lead singer of the band, LVL UP. Which, is a band that meant a lot to a small amount of people and I am one of those people. And so, he wrote this in between LVL UP’s 2014 album, “Hoodwinked” and 2016’s, “Return to Love.”

I think that the thing that I really love about this song and kind of his sound is that he builds these guitars that sound kind of hard and loud and there’s a lot of distortion on them.  And so, it’s this hard guitar sound and then in the inside is Mike’s voice that is very soft and earnest. So, I think for me it’s this duality of this hard sounding guitar and then this kind of soft heart at the center of it. The song is “I Am Not Warm” by the band The Glow.