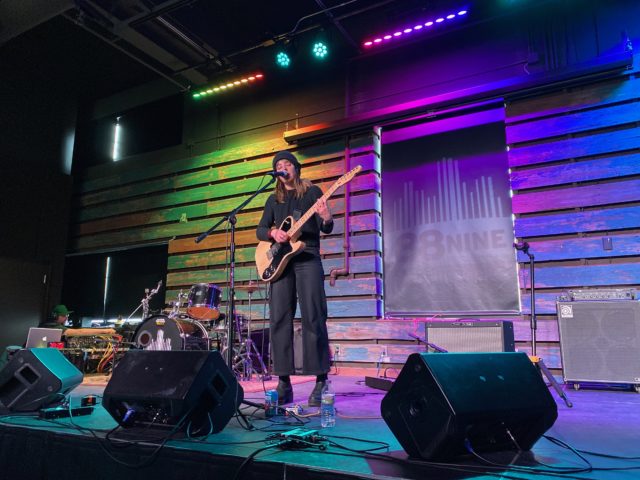 What is the last song you couldn’t stop listening to?

The last song I couldn’t stop listening would have to be “Lost” by Frank Ocean, it’s a jam. Our friend Lucy she has been touring with us in Hop Along on one of the trips because she’s an incredible singer, keyboardist, guitar player, so she was playing with us for a couple of tours. She put it on. Mark had been playing, Mark the drummer in Hop Along had been playing Frank Ocean in the van, but I think I had my own headphones on and wasn’t prime for the moment and then that song came on, and I was utterly blown away. It’s just the perfect perfect song.

I admire him so much with his ability to traverse genres. Basically, I think in general I would say currently that hip-hop and R&B are doing the greatest job at stretching boundaries of what genres are even supposed to be. I think they’re the least fearful but they’re bands that I hear exciting for sure, but as far as giving constant reminders that there are no rules. I think hip-hop R&B do it magnificently. I love that, but Frank Ocean constantly is successfully bending styles for sure.

What do you connect to specifically on “Lost?”

I love that at its heart, pop, you know, I suppose kind of a pop song. I love how fraught that song is and it’s about this troubled relationship, and there’s so much guilt in it. Yet, it’s so undeniability joyful and how it sounds to me. It’s sad and joyful at the same time and I just think that’s the best.