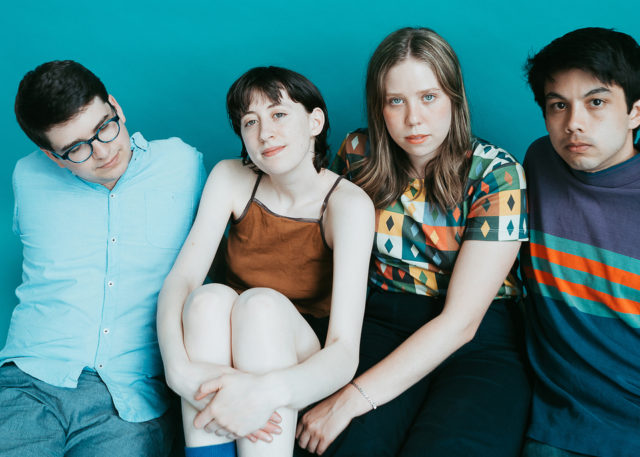 What’s on pause on your phone right now?

I know the last song that I was listening to.

What is the last song?

It’s called “Columbia River” by Lomelda. It’s just so good. We just did a few days with Lomelda and she’s one of my favorite songwriters and singers and musicians on Earth. On that song, she’s doing this super different version of it live. She’s doing kind of an electronic set right now and it rekindled my interest in that song. It’s so beautiful, I’ve had that song stuck in my head for days.

For those who aren’t as familiar with Lomelda, how would you describe her sound?

So let’s talk about the song. What is the song about?

It feels like a really good loner anthem. The lyrics are “Everybody tries to fall in love, but I just keep making friends,” and the first lyric is “Everybody tries to make me dance, but I just want to sit still.” It’s also kind of a love song at the same time. It’s just this feeling of being different from everyone else and feeling like a loner, but at the end there’s this “I find that I wish I was yours” lyrics that gets repeated. It’s just really gorgeous and the melody is all over the place. It’s amazing and addicting. I always have a hard time describing songs because I’m like, “You just have to listen to it.”

And that’s what we’ll do.