5 Songs We Can’t Stop Listening To with guest CAKE

5 Songs We Can’t Stop Listening To with guest CAKE 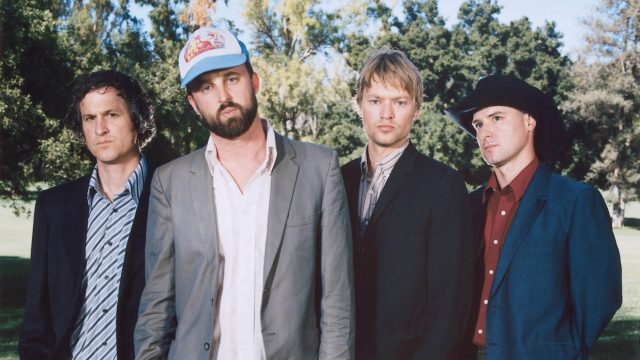 My guest today is John McCrea, lead singer of CAKE. You know them from the songs “The Distance” and “Short Skirt/Long Jacket.” They’re going to be playing in Milwaukee on Thursday, August 23 at the BMO Harris Pavilion with Ben Folds. They’re also going to be releasing a new 45, it’s their first new music in seven years.

On one side, is going to be the song “Sinking Ship” that John McCrea started writing when he was 16-years-old and finished this year. It’s a pessimistic song, and he wanted to balance it out on the other side by doing a very optimistic song. So CAKE is covering “The Age of Aquarius.” We talked about this whole thing in an interview that you can find here.

John McCrea: Oh because you know, everything is sort of, you know, I don’t know if you’ve heard of the “Tao Te Ching” but it’s a book written by a Chinese wiseman maybe 3,000 years ago. And he decided to just leave and go be a hermit and everyone said, “please write some stuff down before you go.” So he wrote the “Tao Te Ching” which is, you know, not a religious thing at all but it’s really spectacular, it’s really amazing work. A lot of what it’s about is how everything sort of houses its opposite. So good time is actually a bad time about to happen. And a bad time is actually maybe a good time about to happen. Everything is sort of more about balance than any sort of our short-term objectives. Does that make any sense?

John McCrea: It sounds kind of crazy, but yeah, I figured let’s create balance with our 45 single.

Justin Barney: I like that. So since the Cake version isn’t out yet, we are going to play the original “The Age of Aquarius” by the 5th Dimension.

Song two this week is “No End” by Milwaukee’s own, WebsterX. “No End” is the song that you wait for at the WebsterX set — which you definitely should go to, by the way. Any time he’s playing, catch him. It’s a song that he starts singing and then you wait for when he gets to “and there is no end,” and the production kind of pulls back, and you can close your eyes, let loose, sing it with him, sing it with everybody else, and just feel this song.

This is about feeling the people in the room. Feeling the energy of him, and letting loose and feeling it. This is ‘No End” by Milwaukee’s own WebsterX. 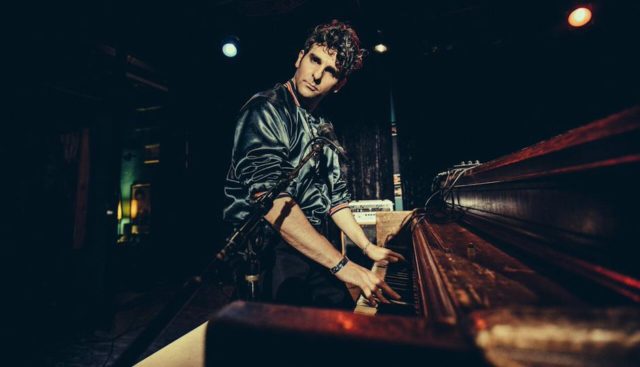 3. Low Cut Connie picks “Any Other Way” by Jackie Shane

My guest today is Adam Weiner, lead singer of Low Cut Connie. Low Cut Connie is a Philly rock and roll group. If you missed their live show last week, I feel sorry for you, because it was amazing. We are playing their song “Beverly” on 88Nine.

Adam Weiner: Yo yo yo. There’s a performer named Jackie Shane, got a song called “Any Other Way” that is a fantastic soul song that was reissued last year on this amazing reissue project. Jackie Shane was a transgender singer in the ‘60s and ‘70s from Nashville who ended up in Canada and then disappeared, and is still alive. And they did this amazing reissue and she’s got this song, “Any Other Way” that will just give you chills.

Adam Weiner: Why don’t you play it?

Justin Barney: Jordan Lee, Program Director at 88Nine, and my boss, what song have you not been able to stop listening to? I guess that’s both collectively.

Justin Barney: Yeah! You told me about this song yesterday, and I have listened to it so many times, and I listened to the entire album last night and this morning. Why do you like this song?

Jordan Lee: This is the true first moment of discovery. When this happens, this is one of my favorite things in the world. This is a seed of love. I don’t even know anything about the band. Mean Jeans, love their name. It’s definitely some bratty, no-effects, descendant style punk rock, which we love.

Jordan Lee: The song is clocking in at a whopping one minute and fifteen seconds.

Justin Barney: One minute and fifteen seconds of pure fun.

Jordan Lee:  It is like the Ramones wrote a commercial for Wendys.

Jordan Lee: Is a jingle.

Justin Barney: … for a different thing that they love. There’s one for Applebees, there’s one for Camel Lites, there’s a song about Selsun Blue, and Taco Bell, and each song is like two minutes long. It’s perfect. It’s like pop-punk fun, sing-along, stupid.

Jordan Lee: For me, the thing that brings it full circle is at the time in my life when I was most into pop-punk, listening to Fat Wreck Chords, I was working at Wendys in Kenosha.

Justin Barney: Perfect! Let’s do it.“Wendy’s (Junior Bacon Cheeseburger)” personally my favorite fast food item of all time, by Mean Jeans. Let’s get into it.

The song I can’t stop listening to this week is “Boyish” by Japanese Breakfast. This song came out in 2017, but I am just discovering it now, and that’s okay. First off, this song starts with this “Boom, boom, clap” that when you hear it, you will recognize and know it. And anytime a song starts like that, I am in. It’s something, like, referential to early rock and roll music and also nostalgic, and romantic, and I’m in for any song that starts like this. And then this is a sad song that has this big orchestral sound, and she just kind of languidly sings the lyrics about this failing relationship, and it is beautiful, and soft, and touching, and also funny in parts, but still sad. And I love it because I am a sad sap, and the bigger and more orchestral the sounds behind the voice, the more dramatic and sad it is, and I love that.