Hippo Campus on “LP3,” the album that saved them

Hippo Campus on “LP3,” the album that saved them 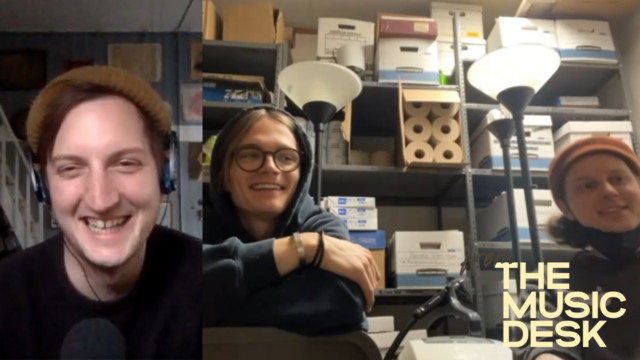 Nathan Stocker and Whistler Allen called in the middle of rehearsal. Which begged the question, “How the hell are they going to perform this album?”

Their newest, “LP3,” is a tight 10 songs, but each one is different, unexpected, and seemingly impossible for a group of five. Once they found their way into a storage closet in the rehearsal space we were able to talk about how they wrote this album. They admit that the way they made the last two albums was so divisive that it almost broke up the band, but on “LP3” they finally worked together like they did at the beginning of the band.

We also talk about the influence of Bon Iver on this album and a couple songs the band can’t stop listening to.