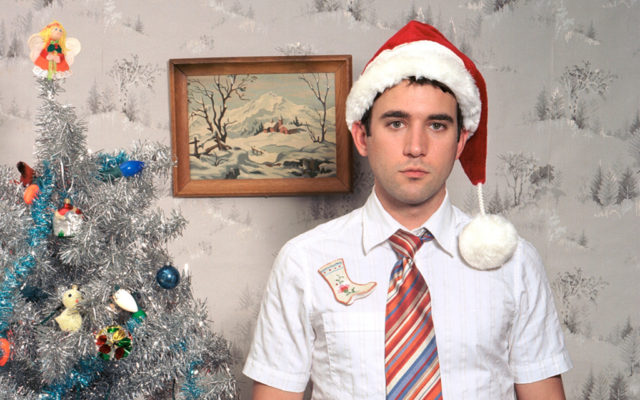 Justin Barney: From the Music Desk at 88Nine Radio Milwaukee, I’m Justin Barney and this is 5 Songs We Can’t Stop Listening To.

Dori Zori: Is this a special holiday edition?

Justin Barney: Holiday edition.. Dori what is a holiday song that you enjoy?

Dori Zori: All right so I’m gonna start with the song itself which might be a surprise to you, it’s kind of like a classical tune, maybe you’ve heard of it, “Little Drummer Boy?”

Dori Zori: It was written in the forties by Katherine Kennicott Davis, who was a former school teacher and classical music composer, she played the piano. She was born in Missouri in 1881 or 1882. So it’s old school.

Dori Zori: But you know that song isn’t necessarily.. It’s not the song that I love, it’s the version of it that I can’t stop listening to right now which comes from someone you might have heard of called Joan Jett and the Blackhearts! She rocks pretty hard, it was on her 1981 album “I Love Rock and Roll” because that came out right before the holidays. So if you’re lucky enough to go record shopping and find one of the first presses of that album, it’s got “Little Drummer Boy” on it.

Dori Zori: And then when they repressed more after the holidays, that song was replaced by something else.

Justin Barney: What, that’s such a gem. I love that.

Dori Zori: I know you’re like, a record crate digger, so look for that stuff.

Dori Zori: Her version of it is just so fun because of course Joan Jett is iconic, her voice, her guitar playing and it’s just a great rocking version of a classical song, it kind of brings it to a different level. I can’t stop singing it but – the Joan Jett version.

2. Ken Sumka picks “That Was the Worst Christmas Ever” by Sufjan Stevens

Justin Barney: This is 5 Holiday Songs We Can’t Stop Listening To. I am here with Ken Sumka.

Justin Barney: Ken, what is a holiday song that you like?

Ken Sumka: You know, I only have five songs that are Christmas songs that appear on my iPod year round, because they’re that good.

Justin Barney: Comes on in August…

Justin Barney: What’s one of those?

Ken Sumka: One of them is “That Was the Worst Christmas Ever” by Sufjan Stevens.

Ken Sumka: I wrote a piece last year for radiomilwaukee.wpengine.com about the Sufjan Stevens box set, the Christmas box set.

Justin Barney: Which I bought on vinyl a month ago.

Ken Sumka: And it’s just one of those.. I am an unapologetic Sufjan Stevens fanatic, love him and you know, he can do no wrong for me. That song is just so well written and so beautiful that it doesn’t matter if it comes up in August, it’s just so gorgeous. There’s melancholy to it but there’s also joy to it and it’s kind of those two layers that work together, that for me, it’s not even – it doesn’t even need to be a Christmas song. You know? “Fairytale in New York” is another one that comes up, and if it comes up in July, it’s just a great song.

Justin Barney: This is 5 Songs We Can’t Stop Listening To and we are in the holiday season so I’m asking all the DJs about their favorite holiday songs.

Marcus Doucette, do you have a favorite or one that you enjoy?

Marcus Doucette: No I hate them all. No, I don’t know, Christmas is one of those things that’s easy to like and easy to hate.

Marcus Doucette: I like Christmas don’t get me wrong. I like buying presents and I like getting presents, but when it comes to the music it’s really easy to be inundated with all the songs that you’re already familiar with. That can be really sonically tiring for me so when I get down with some Christmas jams, it has got to be something a little different.

When I was looking at my collection of Christmas music, I was like “You know what I actually do like a bunch of Christmas songs, but they’re all weird. Though I’d have to say the one that I’ve been feeling for the past few years and whenever it comes on I just like it, is this novelty Christmas hit from I think the late ’50s or ’60s by this cat Augie Rios and it’s called “¿Dónde Está Santa Claus?”

It has got everything. He’s a kid so it’s just cute, but also he’s doing it in Spanish throwing around stuff like “Mamacita” and it’s got that real authentic sort of Christmas vibe and even though it’s Latin and I’m not necessarily a Spanish speaker I’d get down with that song any day of the week, or any day of the week right around Christmas. Let’s be honest.

Justin Barney: Nate, what is a favorite holiday song of yours?

Nate Imig: I feel like this changes every year.

Justin Barney: Yeah I know, that’s what I like about ‘em.

Nate Imig: I think last year you asked me this question and I selected Wham!’s “Last Christmas.”

Justin Barney: Which I just watched on YouTube for the first time.

Nate Imig: It’s been making the rounds for a couple years but I just saw it for the first time this year.

Justin Barney: Let’s just, I’m gonna play a little clip of it right here just to give you just a little flavor.

Nate Imig: Yes so let me set the scene: so this is 1996, the Clintons, obviously president Bill Clinton and Hillary Clinton were to come out and greet a crowd at the national tree lighting so Patti Labelle was to sing “This Christmas” in this big moment for the Clintons to walk out.

Nate Imig: Yes, broadcast live on C-SPAN2, that’s right. [laughs] And it didn’t quite go as planned. She didn’t have her backup singers, she didn’t have all the words, like, the cue cards were messed up. She’s like “let me see that cue card again!”

But in all of this, she actually sounded pretty good.

Nate Imig: She kept it goin’!

Justin Barney: It’s like “the show must go on.” And her voice is amazing, she’s kind of like freestyles through the whole thing and you know, makes fun of herself in it and it is excellent.

Nate Imig: “The show must go on”—I think there’s some symbolism here that even when maybe things don’t quite work out like you think everybody else around you’s on the different page it seems, you know, you gotta keep doing your thing. And actually you might sound better or do better than you think when you’re trying to push through.

Justin Barney: Yes so the C-SPAN2 version is the one that she has mistakes in but we’re gonna listen to the studio version.

Nate Imig: Yeah we’re gonna let Patti Labelle redeem herself, and not even redeem herself, because she’s you know, obviously a wonder. A Christmas miracle by default, but yeah she put out an album in 1999 “This Christmas” and this was the title track.

Song three this week, one holiday song I can’t stop listening to is, “Christmas Time Is Here” by Khruangbin.

“Christmas Time Is Here,” is already a holiday classic, already one of my favorite songs from my favorite Christmas movie “A Charlie Brown Christmas.” The soundtrack done by Vince Guaraldi one of the iconic holiday albums. It’s already funky, it’s already jazzy, and it already stands alone as a great album. And then Khruangbin comes and does it their own way and makes it just a bit funkier.

The drums hit a bit harder, it’s got a bit more edge to it and all the little tiny changes they make to this song are the right changes. It is just perfect, so the song that I can’t stop listening to in this holiday season is this new song by Khruangbin their new version of “Christmas Time Is Here.”