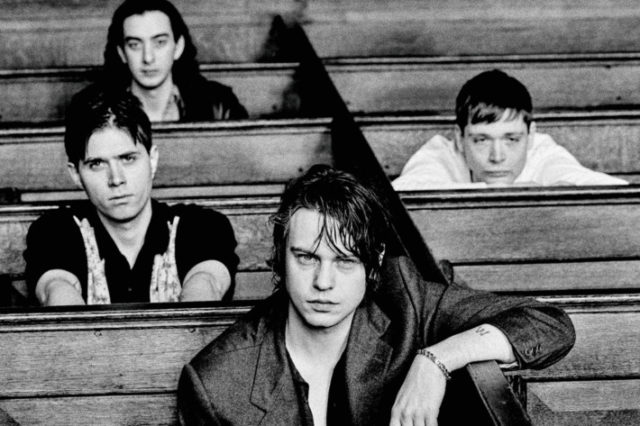 Our guest is the band Iceage. Iceage is a Danish band that has released four albums, all critically-acclaimed. There newest album is “Beyondless.” My guest today is Elias Rønnenfelt, lead singer of Iceage.

Justin Barney: What is a song right now that you’ve been listening to a lot?

Justin Barney: I don’t think I know that song. Why that song?

Elias Rønnenfelt: I think it represents a mellowness that, having been on tour since the fourth of May is something that I could do with a little of.

Justin Barney: When did you first hear this song?

Elias Rønnenfelt: Dan the drummer played it for me. It’s just like a late-night piano ballad kind of thing. It’s sort of life-affirming.

I’m not totally sure why I am so in love with this song. It’s not a song that feels like you should love. It’s going to sound like the speakers are broken, it’s all fuzzed out. It sounds like it’s 20 feet away and you can hardly hear anything, but it’s got so much joy and heart that is just underneath the surface, and I love that. I love that it’s not clear. 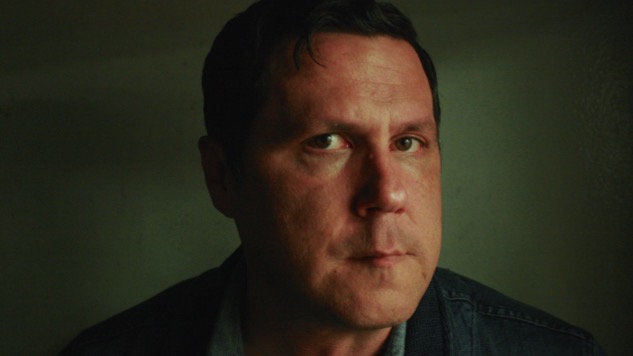 Our guest is Damien Jurado. Damien Jurado has been making music for almost two decades now. He used to be a hard core punk rocker, but he told me that he found those themes eternal in the singer songwriter music that he makes now. His new album is called, “The Horizon Just Laughed.”

Justin Barney: Damien, what is one song you can’t stop listening to?

Damien Jurado: You don’t? Well, Freddie Fender. Mexican-American. From Texas. Freddie Fender was like a Tex-Mex country crossover, who also mixed Tex-Mex, which was only popular in Texas and maybe parts of Louisiana, and then mixed it with country and 50’s rock’n’roll. That was basically Freddie’s sound.

Damien Jurado: I like that it is a mixture of Tex-Mex, country, and 50’s rock’n’roll. For me it is the embodiment of his sound. There is not a lot of over-the-top, flashy instrumentation. It’s like a drum machine that he’s using. It’s very minimal on the instrument side. There is no reverb on his voice. No nothing. It’s very bare-bones.

I love this song. I listen to it all the time.

4. “Making it Right” by Remember Sports

Amelinda: That band I’m obsessed with. And you sit next to me so you’re aware of this.

Well there’s a few other bands called Sports, and this Philly-based pop-punk band changed their name to Remember Sports.

Justin: Yeah, because they broke up, tragically, and then they got back together.

Amelinda: And now they’re back. I don’t know the full story on it, but we definitely gave a farewell — tears — in the past, thinking that “this is it”, you know, so I was thrilled when they came out with a 7″ that had this song “Making it Right” on it.

And it’s now on their full-length that came out recently on Father/Daughter Records, also one of my favorite musical curators.

I can’t stop listening to “Making it Right” by Remember Sports because they have this way of writing songs that encapsulates your innermost emotions about love and life and fears, and it feels so earnest and genuine, but  somehow not over-used cliches.

They have this magic power — little slices of life that you can totally relate to. But the music itself, its always catchy and it almost sounds familiar.

They kind of have a fresh take on 90s vibes of The Rentals and That Dog and sometimes Weezer even. But the singer, Carmen Perry she has this indie twang vocal delivery that reminds me of Waxahatchee at times. So collaboratively it’s sort of familiar but still fresh, and always a good time.

The final song this week is “Showtime” by Iceage.

Iceage is a group from Denmark that has released four albums, all wildly critically-acclaimed. They kind of started off doing this skeletal post-punk kind of thing and they’ve really gotten a lot bigger.

This song, I really love, because it kind of has hints of vaudeville in it, which I absolutely love. It’s a song about entertainment, it’s one of their more linear songs.

The lead singer Elias has a tendency to write in a way that is impressionistic and very poetic.

This song is very straightforward and tells a tale of a singer going on stage—who is critically-acclaimed, like him—and it unfolds, and at the end of the song there is a final act of the singer. I love the story, I love that it’s kind of Nick Cave, kind of Tom Waits, and a little bit of vaudeville. Everything about it, I love.