Introducing: From the Music Desk

Introducing: From the Music Desk 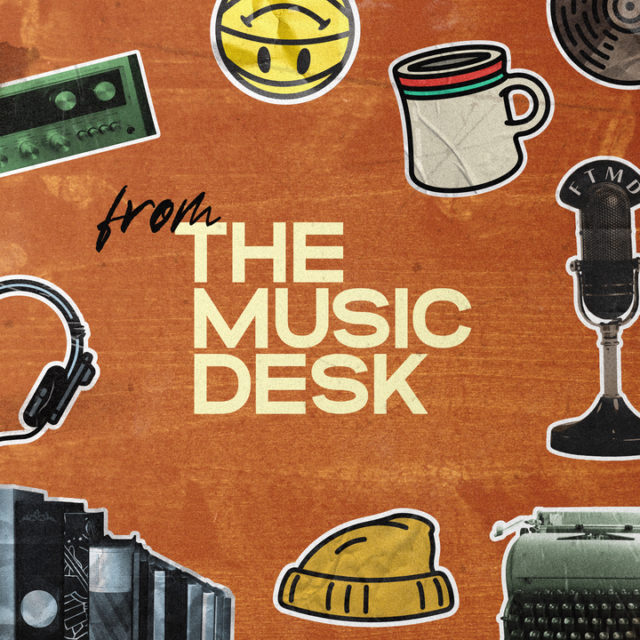 A specialty show at 8 p.m. on Sunday nights

And a Spotify playlist.

For me, it’s a safe place for lost songs. A collection of weirdos and oddballs, sad songs and ballads. The songs that I love the most are outsiders. Stray cats and works of art. Songs with a story or something to say.

I am going to talk to musicians about their little treasures too. I’ve interviewed Thom Yorke, Lizzo, Judd Appatow, David Byrne, Mitski and more than 350 other artists in the past. I am going to keep bringing them into the fold and hearing about their favorite songs.

Every on air segment starts with some fanfare trumpets and then Lord Buckley saying, “Hipsters, flipsters and finger poppin’ daddies, knock me your lobes.” One time my dad and I were listening to “Ziggy Stardust” by David Bowie and the line came up that says, “He was The Nazz” and my dad said, “Do you know what The Nazz means?” and I said, “No.”

He said it was this old routine from a vaudeville performer and orator named Lord Buckley. Lord Buckley took the works of the old masters and changed them into the language of hip. So the story of Jesus of Nazareth became the story of The Nazz. And so, in that line, David Bowie is saying that Ziggy Stardust was a god of sorts. And “Hipsters, flipsters and finger poppin’ daddies” is Lord Buskley’s hip translation of “Friends, Romans, countrymen, lend me your ears,” he first line of Marc Antony’s funeral oration in Shakespeare’s “Julius Ceasar.” It’s just asking you to listen.

That was the beginning of my old segment 5 Songs We Can’t Stop Listening To before a voice of authority made me take it off the air. From the Music Desk is an extension of 5 Songs, the segment I started as an intern at 88Nine. I want to keep the passion and pride I have for those songs and take it forward, the thing was that 5 Songs fell a little short when we wanted to do so much more. From the Music Desk will be a vinyl subscription service as well. We have a couple people on board, I got my typewriter tuned, and each month I will be sending out records with a typed note on the importance the record has for me and for music at large. I’ve got some big ideas for that and hopefully we can get more people on soon.

In the end, From the Music Desk is coming from me. It’s my job to listen to and sift through the never ending avalanche of songs, and I’m glad to do it, and present you with the once I think are special, new and old.

This is my baby and I’m hoping that you come in. When we pass each other on the street we can give each other a wink and brush the side of our nose, knowing that if you get it, you get it.