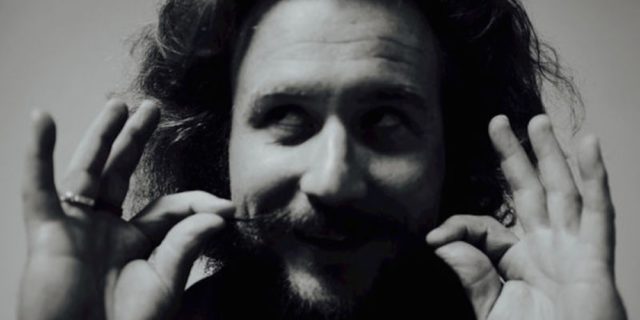 With music from Aretha Franklin, Miya Folick, Your Smith, Cocorosie and Elvis Costello

1. Jim James picks “Like a Bridge Over Troubled Water” by Aretha Franklin

My guest today is Jim James. Jim James is the lead singer of My Morning Jacket. He’s also had a long solo career too, he just released an album called, “Uniform Distortion” and we’ve been playing the song, “Throwback” from that album. We caught James on his “Future is Voting” concert at UW-M. Check the video we made together here.

James is coming back to Milwaukee on November 8 to play at the Pabst Theater.

Justin Barney: Jim, what is one song you can’t stop listening to?

Jim James: So the song I haven’t been able to stop listening to is Aretha Franklin’s version of, “Like a Bridge Over Troubled Water.”

So I had heard it a long time ago, but hadn’t heard it in a while. And the night Aretha passed I called around. I was in Los Angeles and we just wanted to go dance to her music, so I called probably every bar in Los Angeles trying to say,

Nobody was. And there is this roller skating rink that we go to. I called them, “Y’all having anything for Aretha tonight?” and the woman was like, “No, but we’re having something…” I don’t remember the date, but it was like a month later. So I put it on the calendar.

A month later we went to this roller skating party. It was all Aretha music. We were all skating around. And when you’re skating it’s like you’re hypnotized by the round and round and round of the rink. But you also have to remember the rules of skating. Like you can’t just start dancing or you’ll fall.

But one moment I had, they were played her version of, “Like a Bridge over Troubled Water.” And I was just lost. Completely lost in it.

From that day, I literally have not listened to anything else but that song.

Song two is my pick. One song I can’t stop listening to is “Stop Talking” by Miya Folick.

I’m usually not big on pop songs. More of a sad boy myself. But this is the kind of pop song that I love. I mean, just check out the first line in this song. The first line is, “I usually don’t like to think about the idiosyncrasies of an obvious fool.”

Which is just such a great line.

And she says it in this way that, if you weren’t listening you wouldn’t really know. You could just dance along with it, but there is a message in there. There is an idea. There is a thesis.

And then she just totally lays into her friend who keeps on bringing up this dude who is obviously a bum that doesn’t care about her, but she’s hung up. The chorus is “Stop talking about that boy.”

It’s so clever and well written. I love her writing in this pop song. Even if you’re not paying attention to the lyrics it has this natural upbeat energy that you just can’t help dancing to.

This is really just. my. jam. 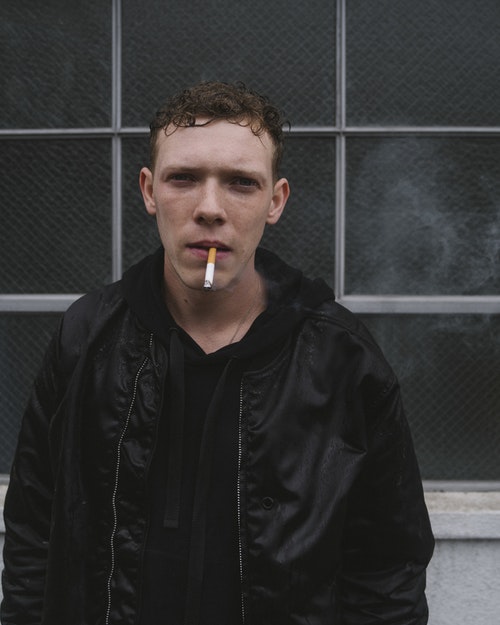 Our guest is Matt Maeson. Matt Maeson is an artist originally from Chesapeake, Virginia then moved to south Florida, up to Montana, he has a real interesting life story. He’s released a couple songs and we really think he’s an artist on the rise. We see a lot of great stuff coming from him. We’re playing his new song, “Cringe.” my guest today is Matt Maeson.

Matt Maeson: The last song I couldn’t stop listening to was “Bad Habit” by Your Smith. She just signed to the record label that I’m signed to, Neon Gold Records.

Justin Barney: Yeah, used to be Caroline Smith. What do you like about the song?

Matt Maeson: The vocals in it are also amazing. My buddy Tommy helped produce it and everything and it’s just a well rounded song that I’ve had on repeat for two weeks.

Justin Barney: Sure. What would if sound like if you had to describe it?

Matt Maeson: It sounds like a cigarette and a whiskey.

I am here with fall intern Raquel.

Justin Barney: What is one song you can’t stop listening to Raquel?

Raquel Hafner: A song I can’t stop listening to right now is “Smokey Taboo” by CocoRosie.

Justin Barney: I looooooooove CocoRosie. I just posted a Facebook status the other day that was like, “Remember freak folk? What a time in the world.”

Raquel Hafner:  Yeah, I don’t know much beyond them.

Justin Barney: Oh we are going to have to do a deep dive after this. What do you like about CocoRosie? So different.

Raquel Hafner: yeah, I think that’s it. So different. So strange. Kind of unexpected. Every song is so different from the next they could be by completely different artists.

Really I feel like it’s their vocals that tie them together.

Justin Barney: They got those kind of creaky, smokey…

Raquel Hafner: Yeah, there is the really classic, like sort of ’20s era sounding one that is sort of whimsical. And then there is sort of that creepy evil baby voice. (We shouldn’t put that in there cause it’s kind of mean.)

Justin Barney: Yes we should. So what do you like about this song?

Raquel Hafner: Really the opening beat and melody. The drums and the flute. It gets you in the zone it’s so groovy and cool.

The final song this week is my pick. One song I can’t stop listening to is “Stripping Paper” by Elvis Costello & The Imposters.

Now I could talk about this song all day, but, let’s wait a second…

Elvis Costello: Hey there, how are you doing?

Justin Barney: Good! So, I’ve been listening to the new album. The song that has stuck out and stayed with me the most is “Stripping Paper.”

Elvis Costello: Well that’s very kind of you to say, I’m very proud of that song.

We were working together on some songs and I sent him the draft of “Stripping Paper” that you hear now because I had the idea that he might add something to it and he told me it was finished.

So I took him at his word because he knows what he’s talking about.

I wrote the woodwind arrangement to answer Steve Nieve’s piano. And that way we kind of create the picture of the room that we are in. I was tryingto give a sense of the room’s breathing. You know, I know it sounds a little fanciful, but that’s what you’re trying to do with the music. You’re sometimes trying to use the music to be the architecture that all of the story is taking place within. You know?

And the band of wind players I sort of think of as having a rounded edge to the timbre of the song. They are instruments that create a very attractive blur when they are arranged like this. And it sort of seems more human somehow and I wanted it to be the birth of the woman singing/speaking, you know?

Elvis Costello: Like I said, maybe that’s a bit wishful but you’ve got to sometimes let people know what you’re thinking when you’re writing something. That it isn’t just notes on a page, it represents something. And that’s what it’s trying to represent.