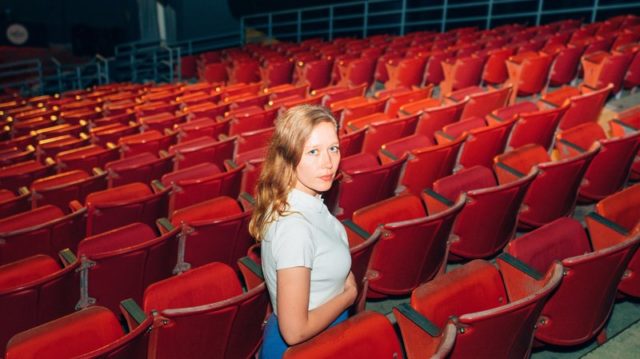 With music from Weyes Blood, Lomelda, Marianne Faithfull and more

My guest today is Julia Jacklin. Julia Jacklin is Australian born singer who has just released the album “Crushing” and it is crushing. It is a fantastic album that is full of personal stories and also just has this really beautiful sound to go along with her voice. We’ve been playing her song “Head Alone” and I set up this interview last week because she was in New Zealand, so she is a day ahead of us, bit of a time difference and we recorded it then. My guest today is Julia Jacklin.

Justin Barney: What I want to do is learn a little bit more about you and the kind of music that you’re listening to. What is the last song that you really dove deep into and couldn’t get off your head?

Justin Barney: I love that song too! It came out and I was like, ‘Wow, this is something else.’

It’s just one of those songs that hit me and made me go, “Ahhh, I want to write more songs.” I haven’t felt that in a while, I’ve felt pretty, “Oh gosh, I don’t know if I ever will write a song again.” It’s very tiring and then I heard this song and I was like, “I love writing songs!”

Song two this week is my pick. A song that I can’t stop listening to is “The Gypsy Faerie Queen” by Marianne Faithfull featuring Nick Cave. Marianne Faithfull has been making music since 1965. There are few musicians that have had a career for over 50 years. Age does something to a voice and Marianne Faithfull’s voice is my favorite part of this song – I love it.

Also, Nick Cave is on this song and I love Nick Cave. Marianne Faithfull wrote to Nick Cave, asking him if he would provide an arrangement on this song and Nick Cave said, “I’m so busy.” She wrote and replied, saying “I understand, sorry to bother you” and then he wrote back to her “Thank you so much for understanding and here’s the song.”

The song itself is from the perspective of Puck, the sprite in Shakespeare’s “A Midsummer Night’s Dream.”

Who else is making music like this? No one but Marianne Faithfull. 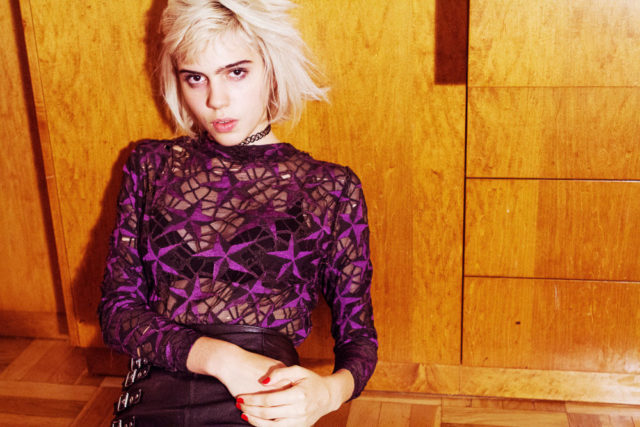 3. Sunflower Bean picks “Make Me a Song” by Eleanor Friedberger

Justin Barney: Julia, that was an amazing show!

Justin Barney: The interview question is one thing and it’s very easy. What is the last song that you couldn’t stop listening to?

Justin Barney: What is the thing that you really like about it?

Julia Cumming: I think Eleanor is a really interesting artist, she used to be in The Fiery Furnaces and she’s put out a lot of material and it’s all really special. But I think on this song in particular, a lot of things that make her really come together. It has a lot of these really beautiful verses and the song is about making a song. The song is about the writing of a song which usually I feel like is sort of a pretentious topic, but at the same time the way she talks about it is so right.

Justin Barney: That is absolutely perfect. That is amazing! I can’t wait to listen to the song.

Justin Barney: I am here with our intern, Raquel. What’s one song you can’t stop listening to?

Raquel Hafner: One song that I can’t stop listening to right now is “It’s Called: Freefall” by Rainbow Kitten Surprise.

Justin Barney: Why is their name Rainbow Kitten Surprise?

Raquel Hafner: [laughs] I know, it’s a quirky name. I was reading an interview with them recently and basically the band members summed it up as their name is comprised of the three most happy words in the English language: rainbows, kittens and surprises.

Justin Barney: Why do I hate that. Why does that make me not like them?

Raquel Hafner: Yeah it’s not for everyone. None of those things are really for me, not necessarily a fan… but the band is great and the song is great.

Justin Barney: So what do you like about the song?

Raquel Hafner: I really like the song for the toned-down way it’s sung, it’s simple and has a really interesting story told through a poetic stream of consciousness.

Justin Barney: What’s the story they tell us?

Raquel Hafner: The story is from somebody’s perspective who is calling to the devil and befriending the devil, hanging around the devil. And it goes through these different scenarios of him, for example, the first verse is he called to the devil and said to the devil, “Do you like drums? Do you like cigarettes, dominoes, rum? He said only sundown, Sundays, Christmas.”

I just think that’s great, and the whole song goes on like that, just these different scenarios of him. Calling the devil late at night and the devil says, “Hey, why are you calling this late? It’s like 2 a.m. and the bars all close at 10 in hell, it’s a rule I made.’

Justin Barney: I love that. I love the idea of calling up your friends, because that’s a thing I do at night. And calling the devil, that’s great.

Raquel Hafner: Yeah, it’s cool. And like you said, it puts in these everyday-life scenarios but with higher stakes, I’d say.

Justin Barney: That’s a great concept. Let’s listen to it.

The final song this week,  song five, is my pick. One song I can’t stop listening to is “Talk” by Lomelda. You know me, this song is soft, it’s gentle. It’s recorded in this way that you can hear her tone moving around in her mouth. It sounds very personal and quiet and close.

This album is sixteen minutes long, it’s got eleven songs, each song comes in at a little over a minute.

Each song is just a little post-it note of a song that’s sung in this way that is really beautiful and gentle, in a way that I can’t help but love.